Francois Paul Journe just introduced a horological World Premiere: the binaural sound of the Sonnerie Souveraine F.P.Journe, recorded in the anechoic chamber of the EPFL. A unique experience which provides a total immersion in the heart of this exceptional striking watch’s movement. 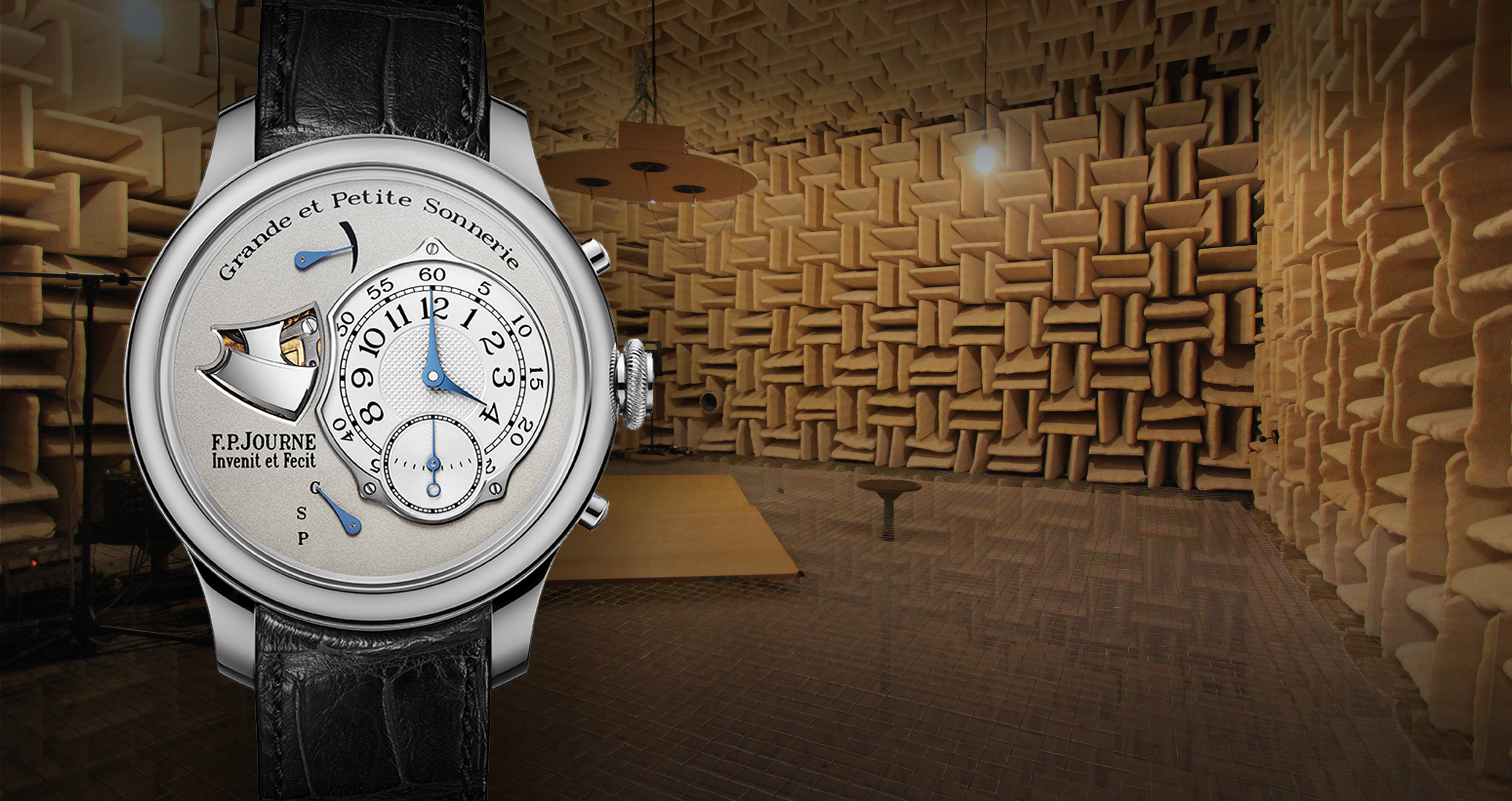 Binaural is a recording technique performed to create a three-dimensional sound. For the binaural recording of the Sonnerie Souveraine, F.P.Journe used artificial ears with microphones. In the choice of components up to the shapes and proportions, everything is designed in this device to reproduce a sound as close as possible to a human experience.

For this horological World Premiere, F.P.Journe engaged the EPFL anechoic chamber in Lausanne. The EPFL is one of Switzerland’s two federal polytechnics school, and the most innovative and productive scientific institution in the world. All the walls (including the floor) of the 200 m2 anechoic chamber is entirely covered with 1 meter high glass wool dihedral, allowing an optimal absorption of sound. 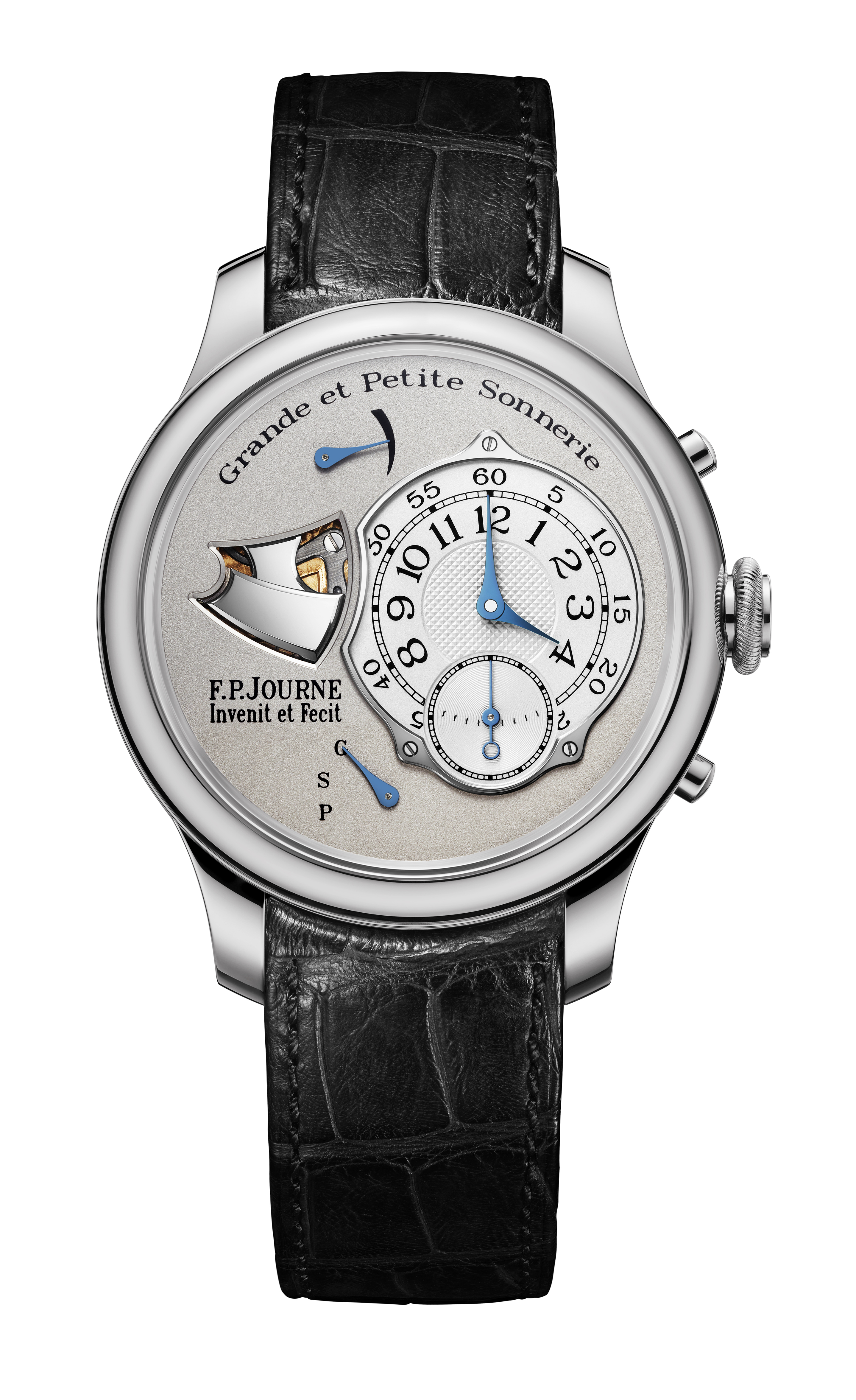 The Grande Sonnerie watch with minute repeater is the most complex of horological creations, one that demands the very utmost in both technical and artistic virtuosity for the watchmaker in charge of its assembly. In the past, it has always been risky to use a Grande Sonnerie watch. The slightest error – for example, adjusting the time while the watch is chiming – could seriously damage the watch’s delicate mechanisms. Therefore, the first entry in F.P.Journe’s specification book for this watch was: “make the watch so that an eight year old child can manipulate it safely without damaging it. To meet this challenge I had to construct a movement based on new mechanical principles”. Thus, according to the brand’s motto, ten patents testify to the “Invenit” of this work of watchmaking art, while the “Fecit” took six years of research and development.

The privilege of a Grande Sonnerie watch is to translate time in music. The Maison Journe who became an expert in the mastery of the resonance striking watch, is aware of the importance of acoustic waves in the art of the time measurement. It demonstrates its mastery when it comes to retransmit time in sounds.

The sound signal emitted by the extra-flat gongs of 3/10 of a millimeter has been treated with as much importance as the function mode of this mechanism which requires a very specific hammer strike. Indeed, the striking weight of the hammer of the Grande Sonnerie is of 0.3 grams. This force is, to give an estimate, between 10 and 15 times less than that used to strike a classical minute repeater.

However, because the acoustics work has been particularly meticulous and the technical solutions perfectly adapted to this type of complication, the Sonnerie Souveraine F.P.Journe produces a better sound than any equivalent striking timepiece. In addition, a new selection mode by the 4-hour button allows you to choose between three options: Grande Sonnerie, Petite Sonnerie and Silence. The pusher at 2 o’clock activates the Minute Repeater on demand.

Here you can listen to the sound:

For its striking watches, F.P.Journe has exceptionally abandoned precious metals for its cases for a noble cause, to ensure the best possible striking tones that make optimal use of the crystalline structure of Steel.

The Sonnerie Souveraine received the Aiguille d’Or prize at the Grand Prix d’Horlogerie de Genève in 2006. It was also named Watch of the Year at the Grand Prize of Japan in 2006.

Anticipating the presentation of a new grand complication in 2019, the emblematic Sonnerie Souveraine F.P.Journe will no longer be in the catalogue as from December 31, 2018. Clients are invited to place their order during the year 2018 to acquire this already rare and unique watch that will thus become a collector’s timepiece. The F.P.Journe Manufacture will of course honor all orders placed by its clients. 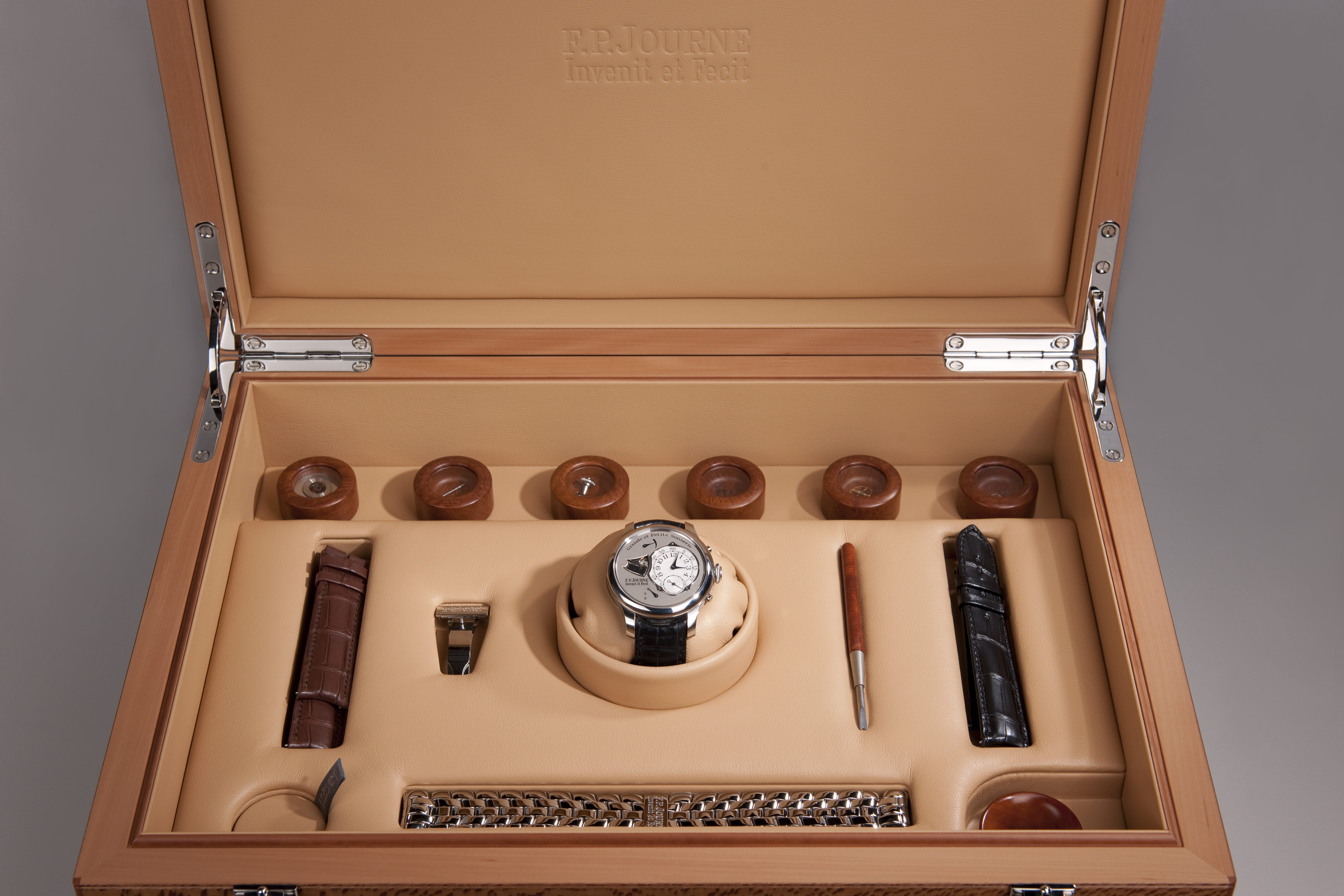 The Sonnerie Souveraine in numbers: 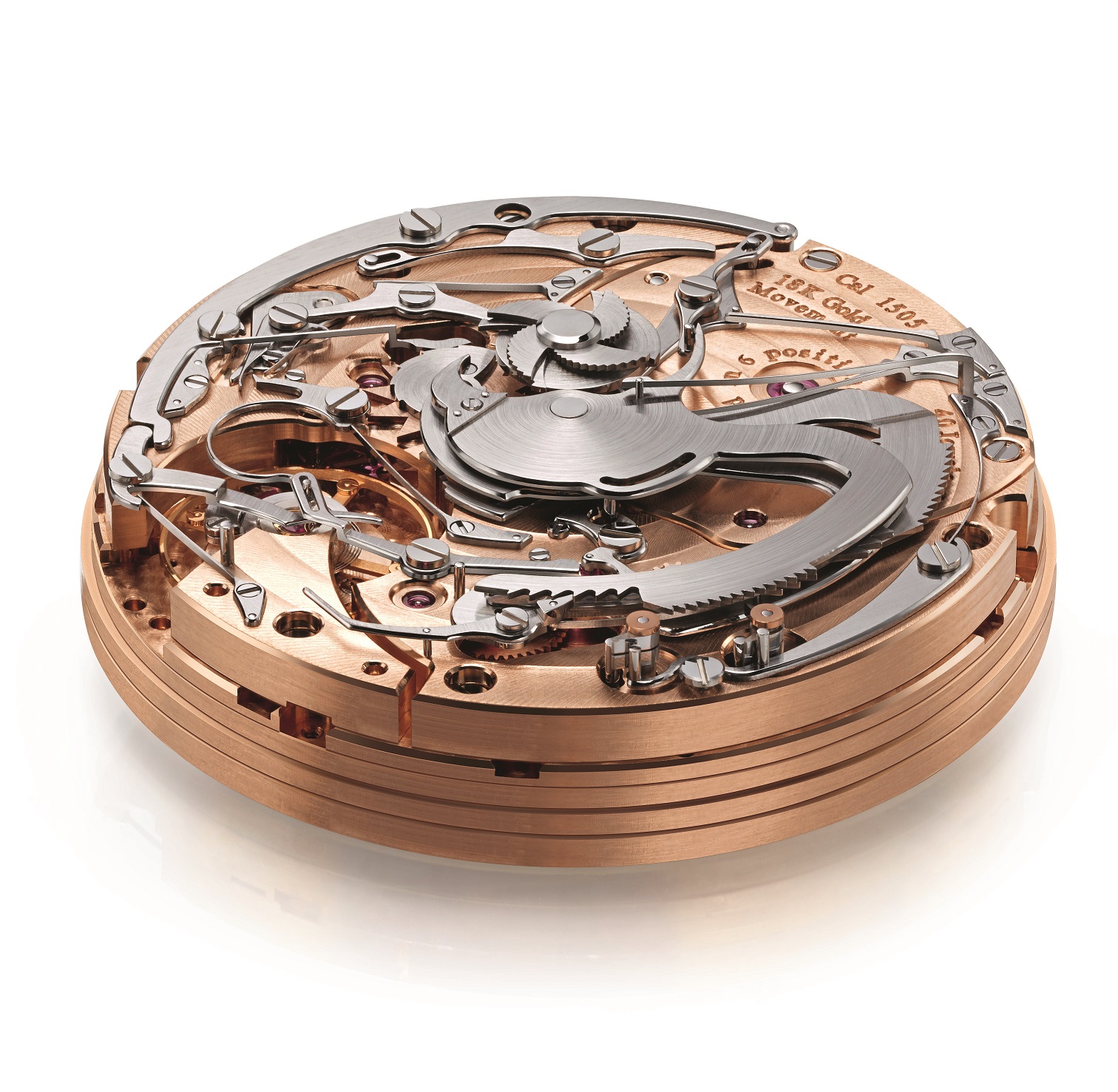 (Text and pictures from pressrelease courtesy of B. Mahkzhani)