Every year in January, Geneva becomes the hub for watchdealers, jewelers, watchenthusiasts and colletors from around the world.  Two large fairs, one primarily organized by the Richemont Group is taking place in the Palexpo Center and is called the SIHH (Salon International of Haute Horlogerie), the other is representing rather independent watchmakers and less known watchbrands and is a pool of creativity. 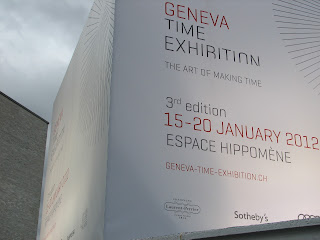 It is called the GTE, Geneva Time Exhibition.

You can see the red building from far away which is located not too far from SIHH and Geneva airport. 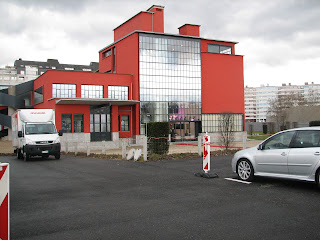 There is parking in front of the entrance which is very comfortable.

Walking through the entrance, there is a counter at the left where you can pick up your entrance ticket. 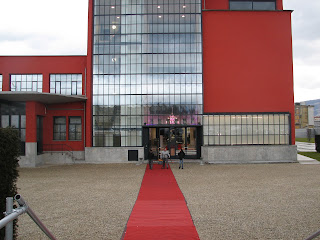 You are required to possess an invitation by one of the exhibiting watchmakers.  I was lucky enough and had received an invitation from Quinting, the watchmaker that is known for his invisible movements as you can see in the photo below. 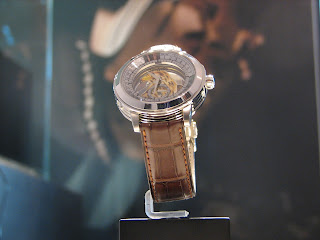 Quinting is an old watchmaking firm, as far as I remember many famous people including some American presidents have worn them.  I know that President Clinton wore a Quinting and actor Gerard Depardieu did, so did Kofi Annan to mention a few.

However, there are a lot of rather unknown brands exhibiting, many of which I have never heard of and which I have seen for the first time.  In addition, there are quite a few watchmakers who are presenting timepieces for pretty high entry prices.  Sometimes you ask yourself, how they can even do it, and how they find buyers for their watches.

Not always are these very highend priced timepieces justfying their pricelevels.  Some however do, as they are marvels of Swiss watchmaking, for example, Eric Coudray who developed the Jaeger LeCoultre Gyrotourbillon.  He also developed  a new Cabestan timepiece of which I unfortunately did not get a good photoshot.

Nevertheless, walking around GTE made me meet some very interesting people, I had great conversations and saw some wonderful ideas.  One watch that really is strikingly interesting was the Demonaco Quantieme Perpetuelle, a perpetual calendar which is really easy to adjust over the crown.  It looks like that the Prince of Monaco likes this watch as well. 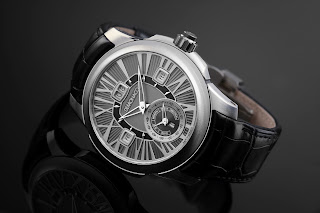 Last but not least, Reuge, a Basel based mechanical music manufacturer who is worldwide renowned, showed some of his great pieces. 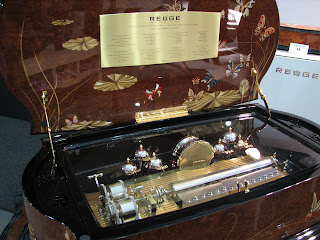 One of the few American watchmakers, RGM, was also presenting their new timepieces.  I had a long and very pleasant conversation about their watches with the founder, Mr. Murphy himself. 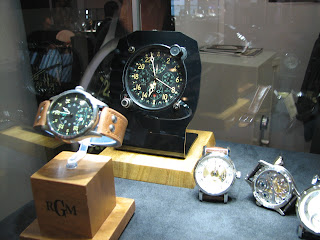 The above pictures shows the latest creation by RGM as it is derived from an airplane clock which you see behind the watch.

I wanted to give a quick insight into this interesting watchfair which may just be considered a side event compared to the really large SIHH fair.  However, I do not think that this is just a side event as there are more than a few attractive watchpresentations.  I enjoyed my visit at GTE.