«Some watches tell time, some tell a story» 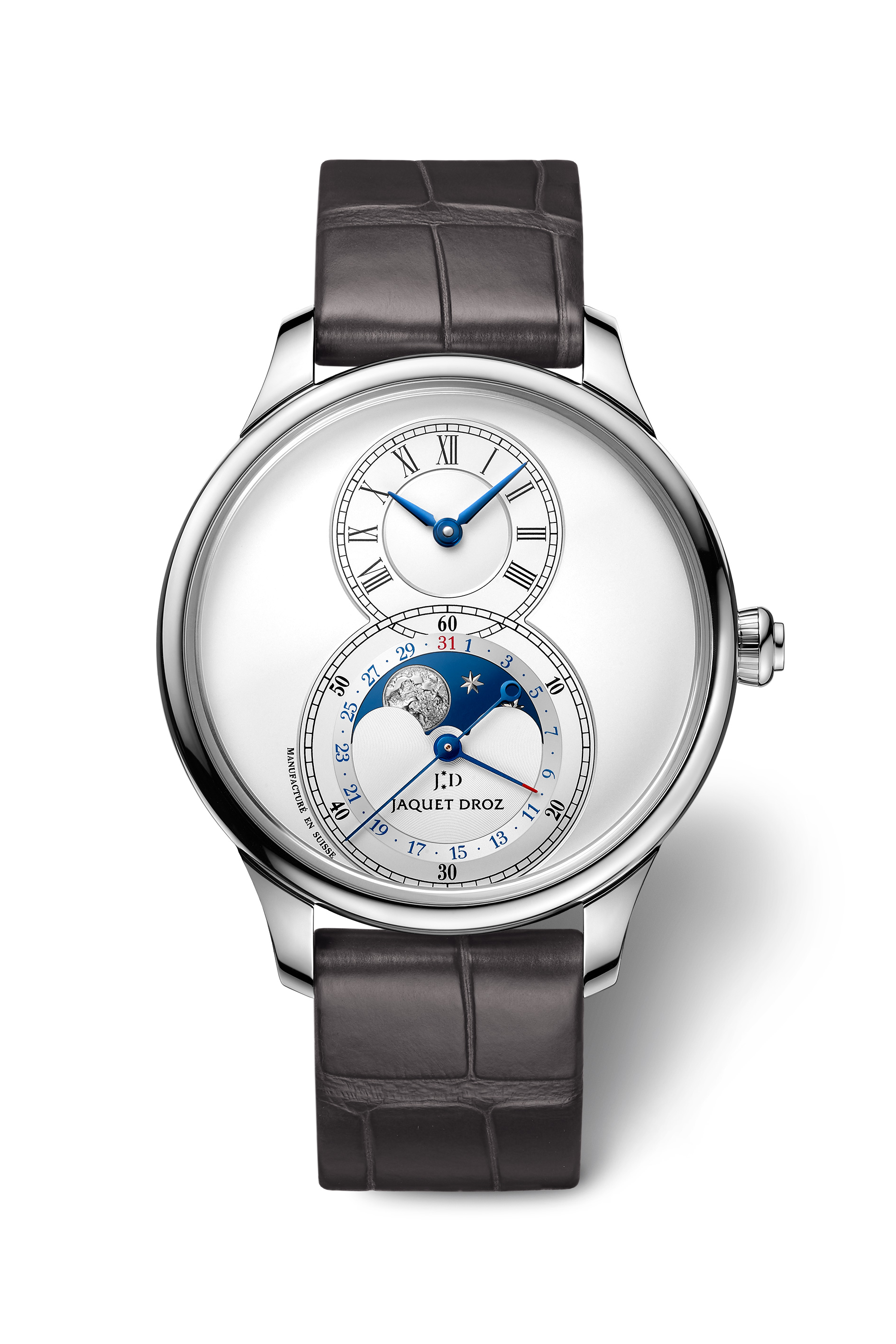 If watchmakers are in eternal pursuit of the perfect circle, the Grande Seconde Moon comes very close to achieving that goal. The brand’s signature figure 8 dial incorporates a Moon Phase with date nestled inside the perfect geometry of the off-centered large seconds hand at 6 o’clock. The new Grande Seconde Moon combines the day-to-day practicality of precise hour, minute, seconds and date displays with the poetry of a 22-carat gold Moon Phase. 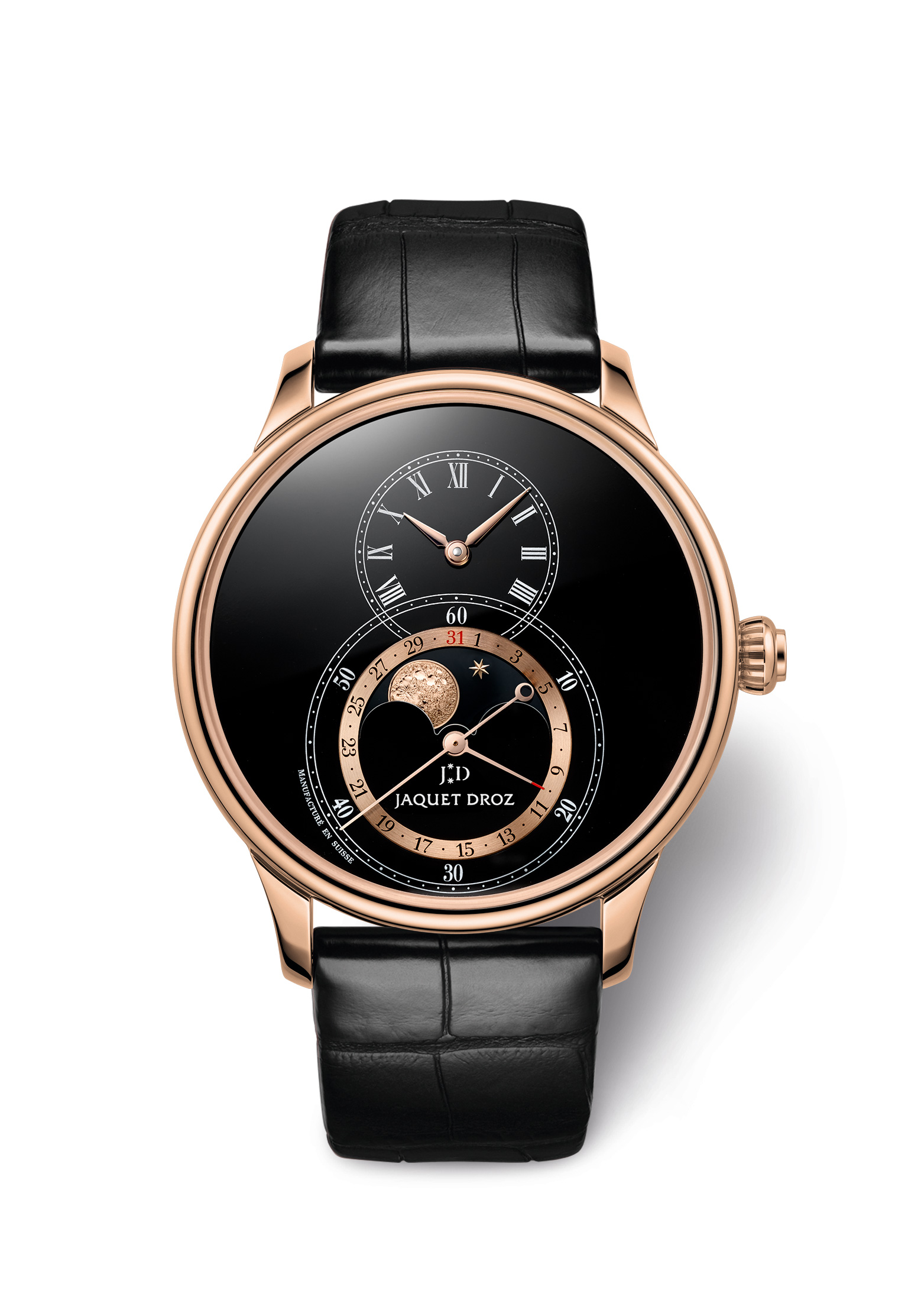 Jaquet Droz‘s first took on the aesthetic challenge of incorporating this complication into the Grande Seconde watch with the initial Grande Seconde Moon collection released in 2017. By playing with proportions and materials, the brand managed to preserve the time-honored design created by Pierre Jaquet-Droz 280 years previously while enhancing it with the poetry the Moon deserved. 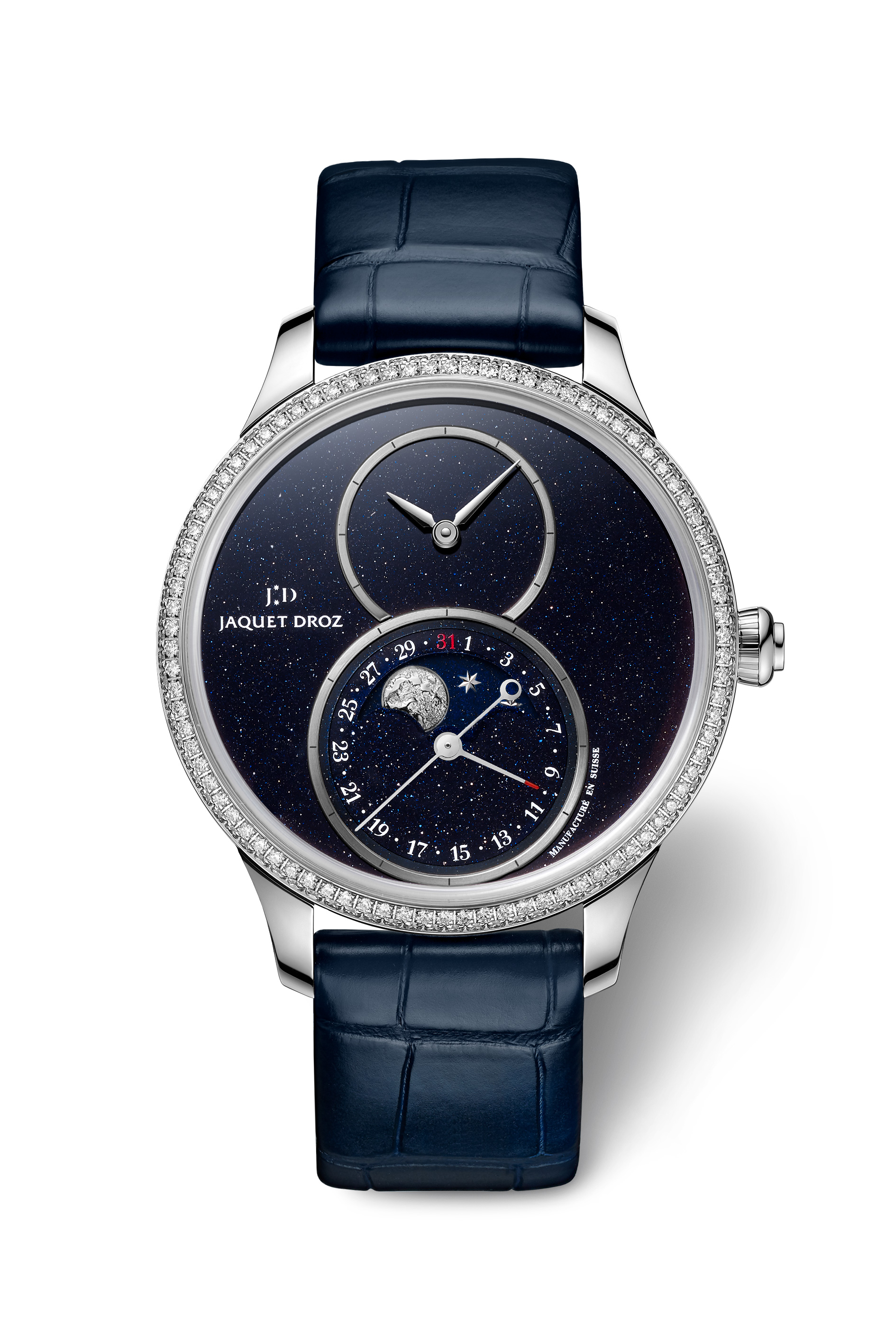 This 39 mm aventurine ladies’ model with Moon Phase is a first for the Grande Seconde collection, and deserves a closer look. The aventurine glass, formerly known as “goldstone”, was selected by Jaquet Droz for its silvery inclusions. The glittering deep blue tinted glass recreates the effect of a starry night sky. Just as each piece of aventurine glass is one of a kind, so is each of the Grande Seconde Moon models.

Since the Moon Phase requires a greater level of precision, Jaquet Droz developed Mechanism 135, an in-house movement featuring a high precision 135-tooth wheel inside a Jaquet Droz 2660QL3 caliber. While a traditional 59-tooth movement accumulates an error of one day every two years and eight months, the Jaquet Droz Moon Phase need only be adjusted by one day every 122 years thanks to a corrector discreetly incorporated into the middle of the case. The precision of the Grande Seconde Moon movement is thus infinitely closer to the actual lunar month which lasts exactly 29 days, 12 hours, 44 minutes and 2.8 seconds. 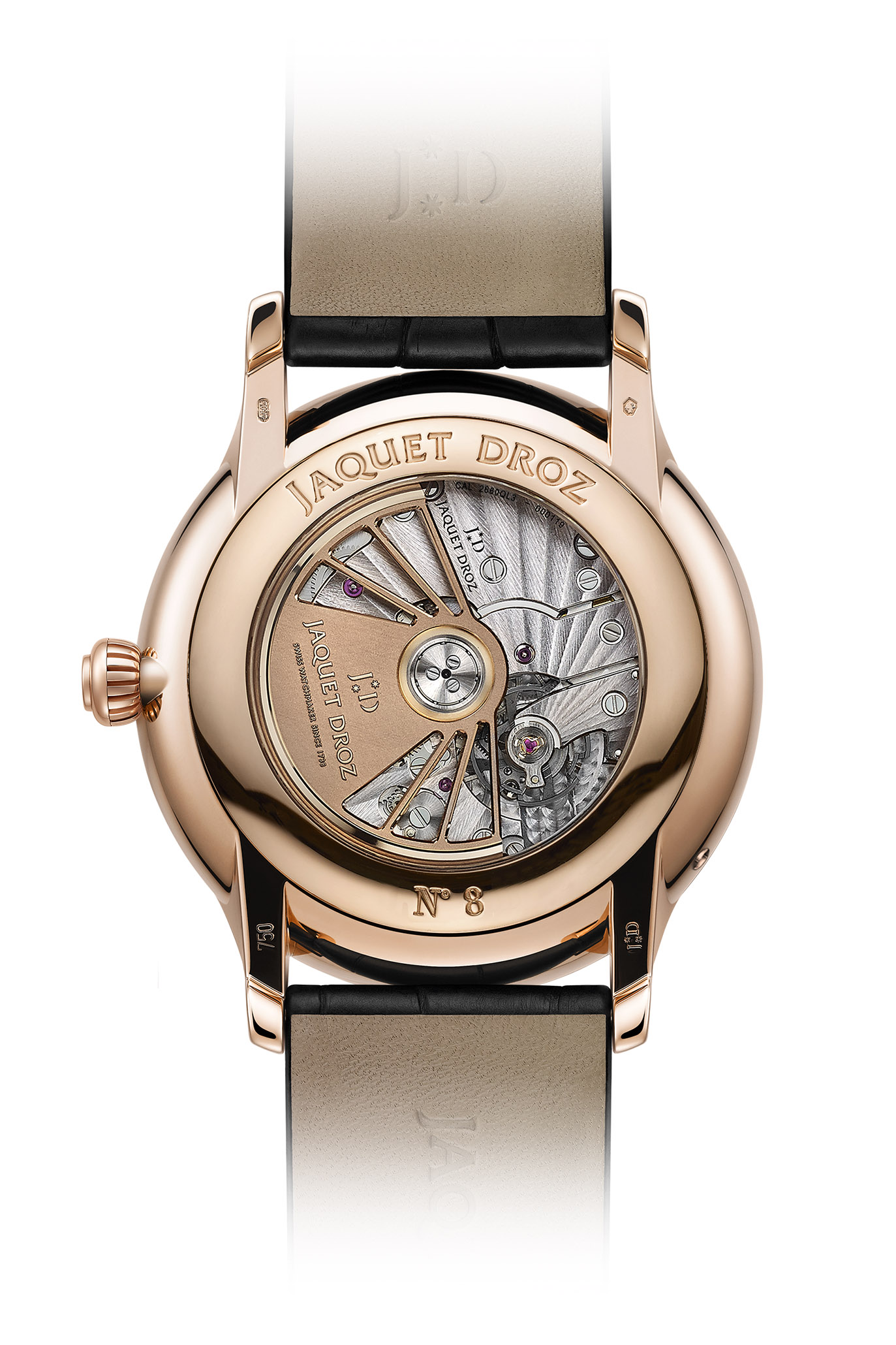 As well as the precision of the movement – further improved by a silicon escapement – these four new Grande Seconde Moon models lend a touch of poetry to the collection. The Moon is the favorite celestial body of watchmakers, bringing to every dial a quiet revolution, a new perception of time, an exclusive and poetic slice of astrological mystique that slips onto the wrist.