I met with Bernard, one of the two founders of Van Bricht watches, today to talk watches.  And watches we did talk, especially his watch and his young experience.  He started to love watches as a teenager he told me. Bernard brought one of the two prototypes with him. 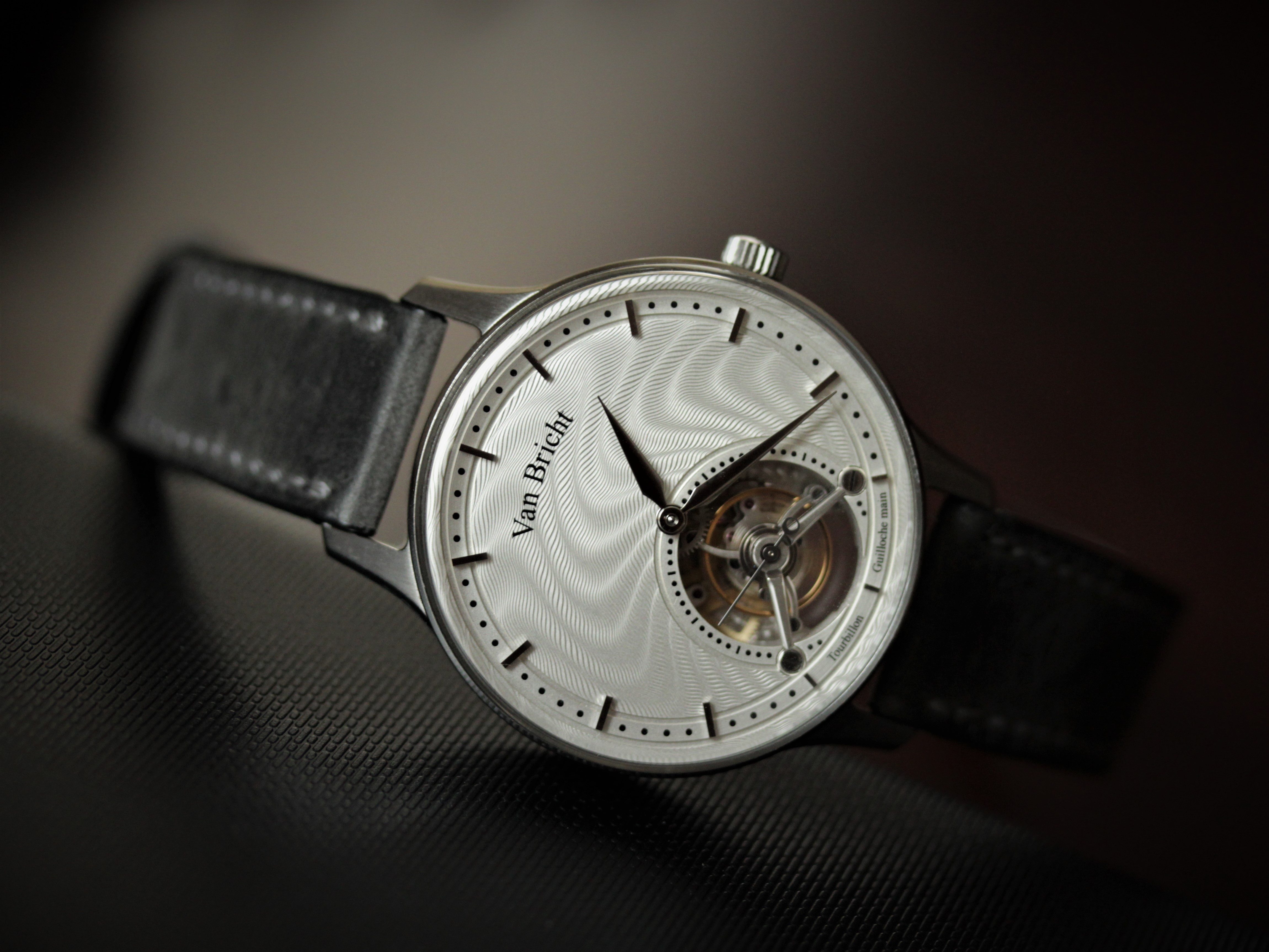 The dial is a moire guilloche dial as you can see above.

1. Production of unique watches for people who love engraving for 2000 to 7000 Euros depending on customization.  Using ETA movements, cases from Switzerland, and creating taylored dials.

3. Watches to be modified, restoration of dials…

For a month Bernard gained experience working on guilloche dials at Jaeger LeCoultre.

Right now, there are about 10 preorders for his watches.  Some require quite some customization. 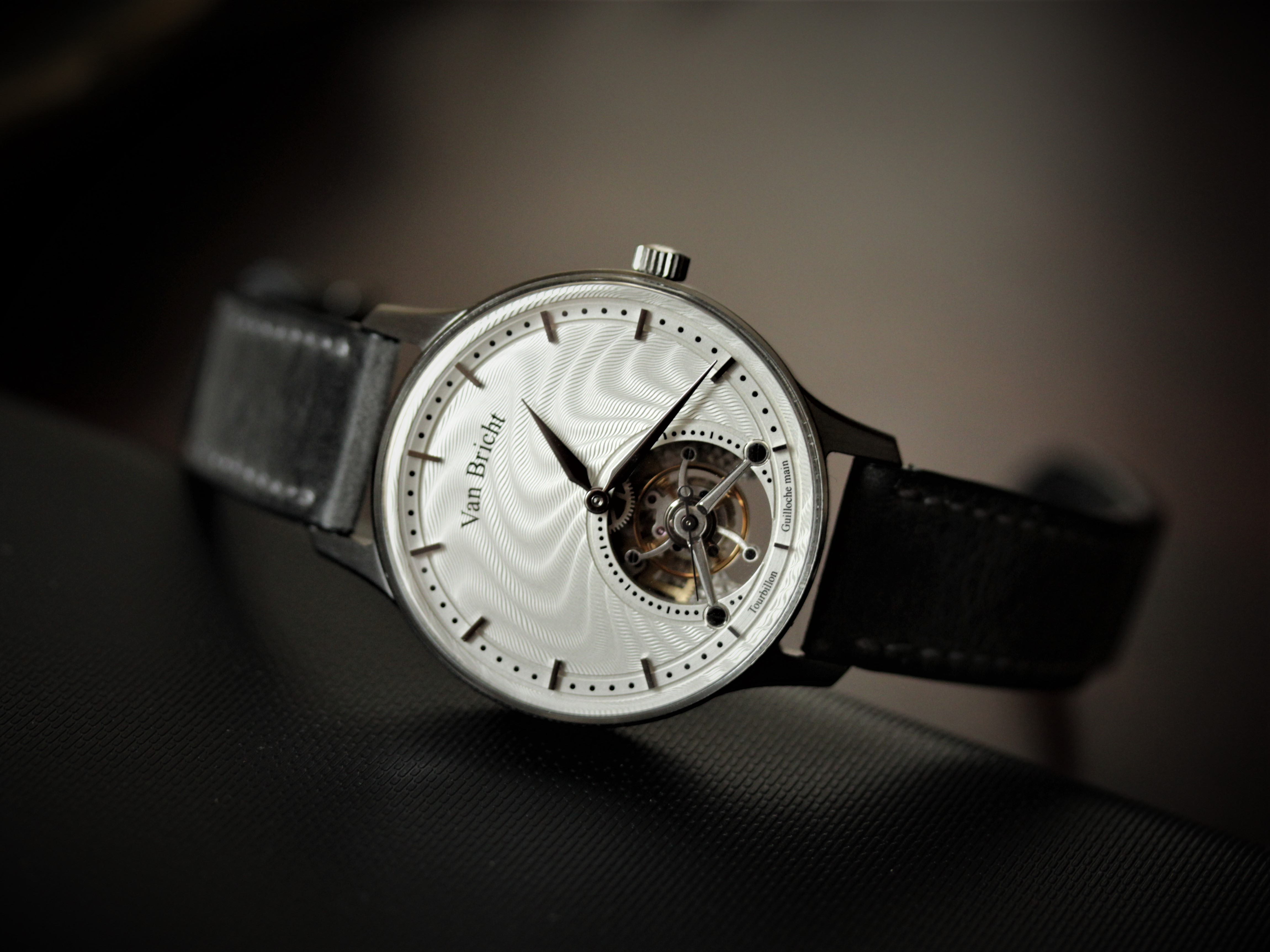 The front of this timepiece has a box sapphire. The watch does not have a bezel and the dial really fills the case up.  That is something which I really like about it.

What I can tell from speaking with Bernard for hours that his passion is extremely strong.  He loves what he does.  His eyes shine, his faces is smiling when he is talking about his Van Bricht timepiece.  As he goes in depth explaining his processes and handwork, the watch he creates his guilloche dials, the movement engraving which is done by a master engraver in Belgium.  The movement is Swiss made in La Chaux de Fonds and reworked and handfinished and engraved in Belgium. 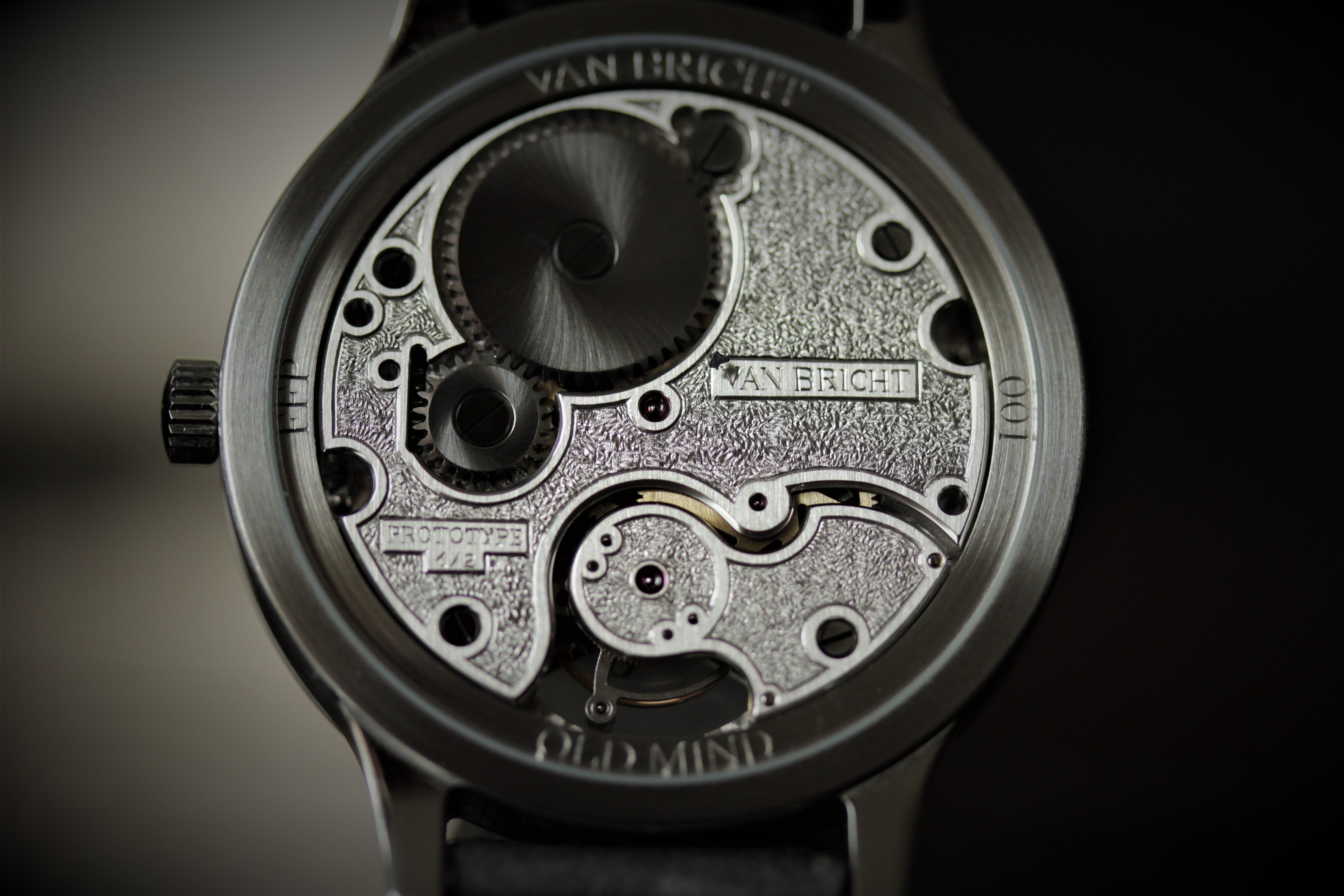 The “Old Mind” as this timepiece is called has a 40mm case.  The prototype has a steel case, however, it is possible to get customized gold cases.

Bernard named the watch “Old Mind” because his approach to the creation is old school using old machines which he restores himself.  For him making things by hand on his watches is most important. 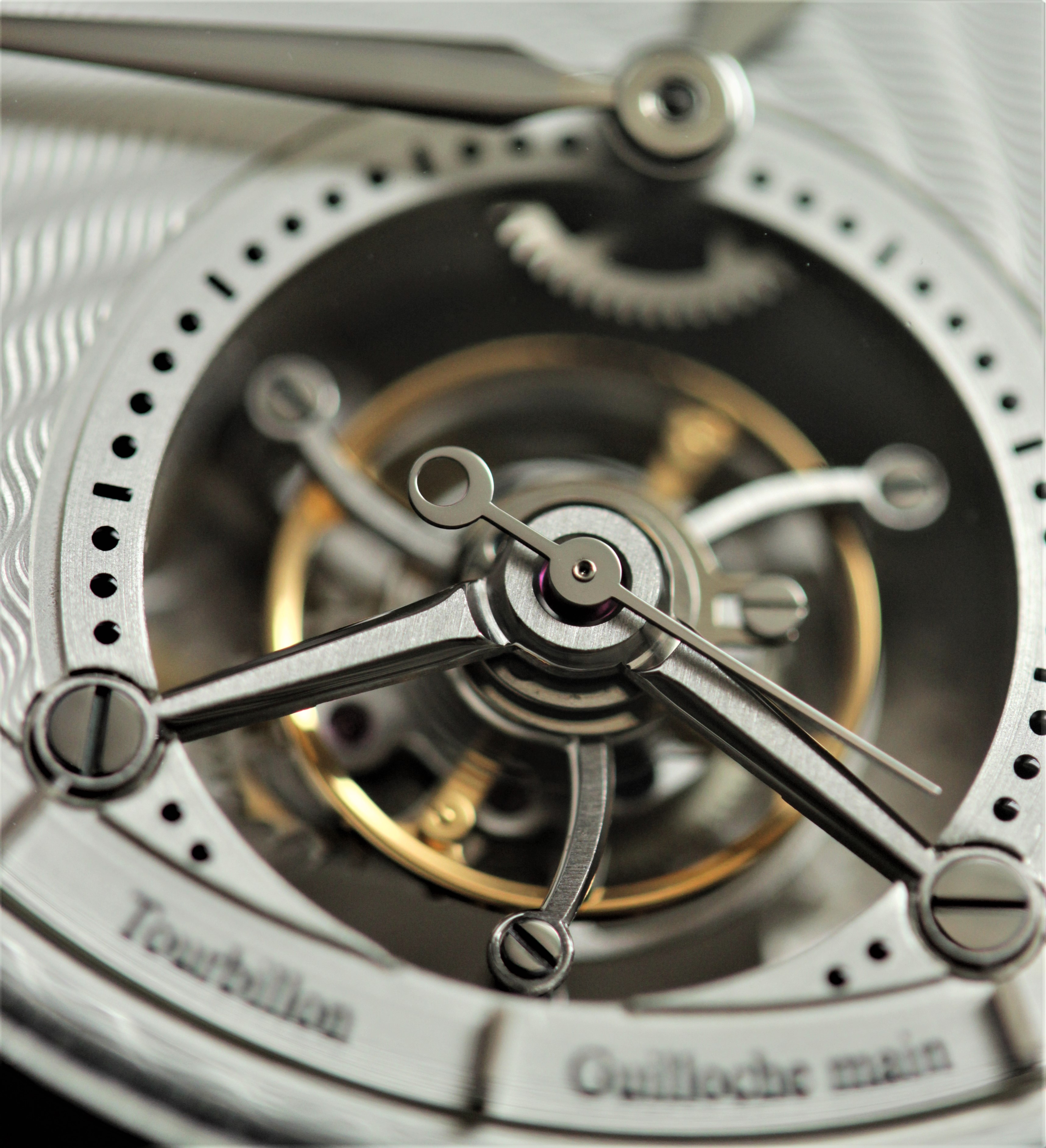 Above you see a beautiful view on the tourbillon cage.  The orders will have to be fullfilled going forward and it is a great start for this new watch venture.  Wish will soon visit their workshop and report from our visit.

More information can be found at their homepage.