Piaget is a brand known for its extraordinary jewelry and for ladies timepieces.  However, it they are also known for the thinnest automatic movement in the 1960s, the 12p with microrotor.

The Altiplano series is reviving the thin movement concept.  Among the Altiplano line I noticed this double dial and movement timepiece which is quite a stunner.  It carries two movements, two dials and basically two watches in one case connected via a hinge. 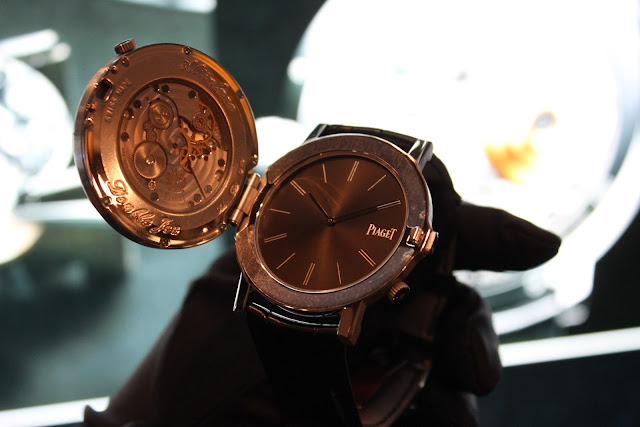 Inside you find two ultra-thin calibres – the 838P and the 832P from Piaget.  There is a redgold timepiece and a white gold Altiplano Double Jeu. 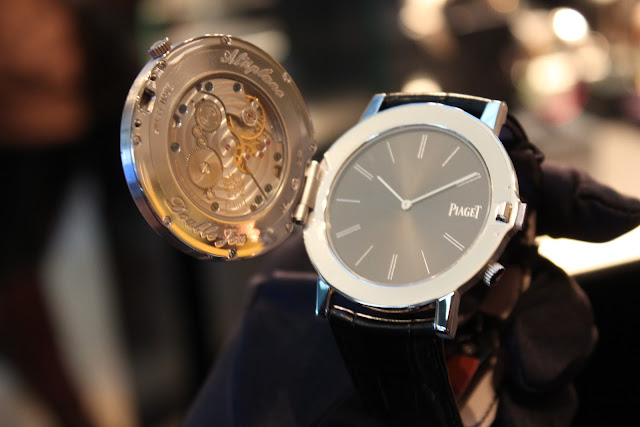 We have a famous German who is wearing a Piaget watch which is former chancellor Helmut Schmidt.  And some people from the entertainment industry wear Piaget timepieces as well. 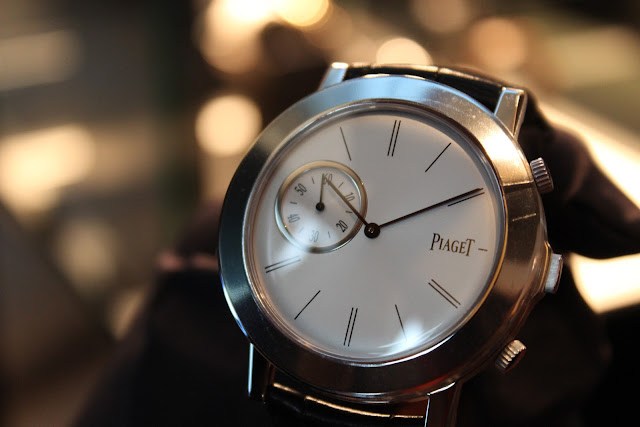 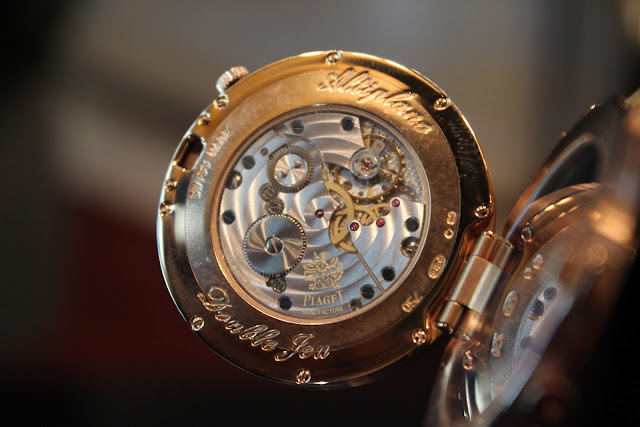 At 43mm size this is a contemporary watch to wear. 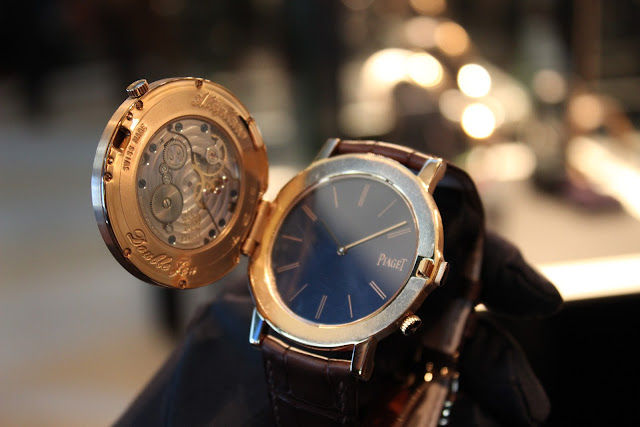 Last, but not least, a sideview.  Despite two movements in this timepiece, it is still quite thin. 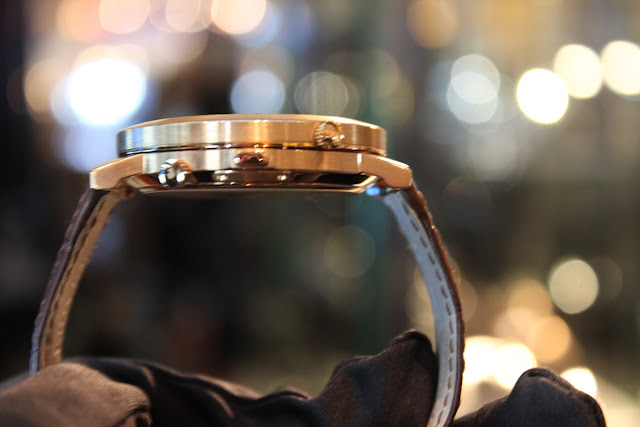 I shot the photos under poor lighting conditions at Munichtime.