Once again, Omega created a second Speedytuesday watch. This time dedicated to the socalled “Ultraman”, based on the japanese science fiction series where the watch was shown with an orange chronograph hand.

I did not get a Speedytuesday Ultraman as I simply missed it. And that is ok, I am into vintage watches to begin with and if I really want one, I am sure someone will sell his at some point. So no worries there.

I wanted to show the original on which the Speedytuesday Ultraman is based. A couple years ago, I had one which I sold to a client. Unfortunately, as I must say. For several reasons. But let’s forget these reasons. And look at the watch. 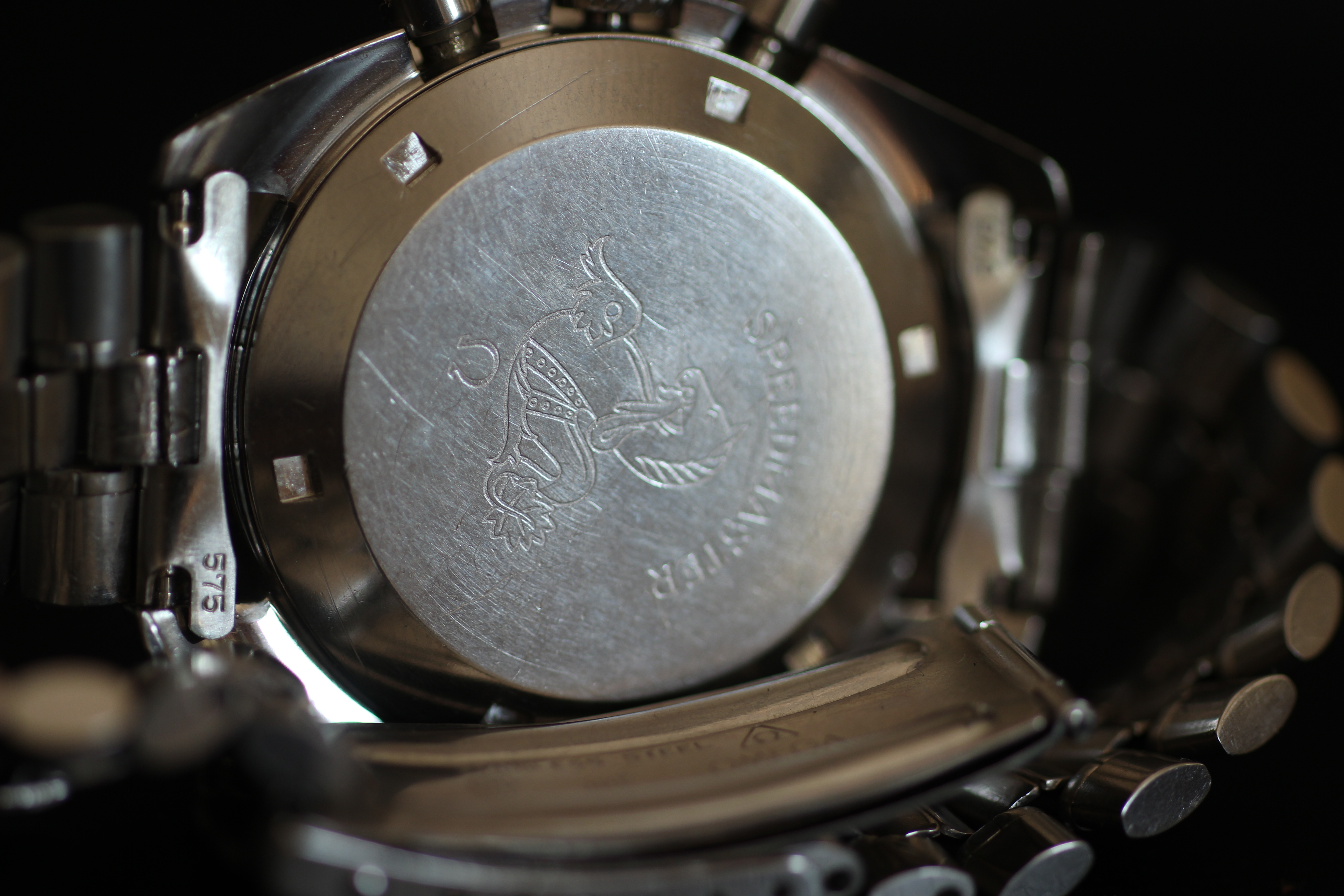 Real Ultramans are truly rare and what I heard is that probably way less than 50 were ever made.  I have a list of serialnumbers with Ultramans and there are about 10 numbers sofar on the list.  All numbers are from 1967 with a 26 million number.  In a correct extract of the archive it states that the Ultraman Speedy was special made with an orange hand.  Fratellowatches whose founder Robert-Jan created Speedytuesday, is writing about an example of the Ultraman with an extract of the archive.  Take a look here. 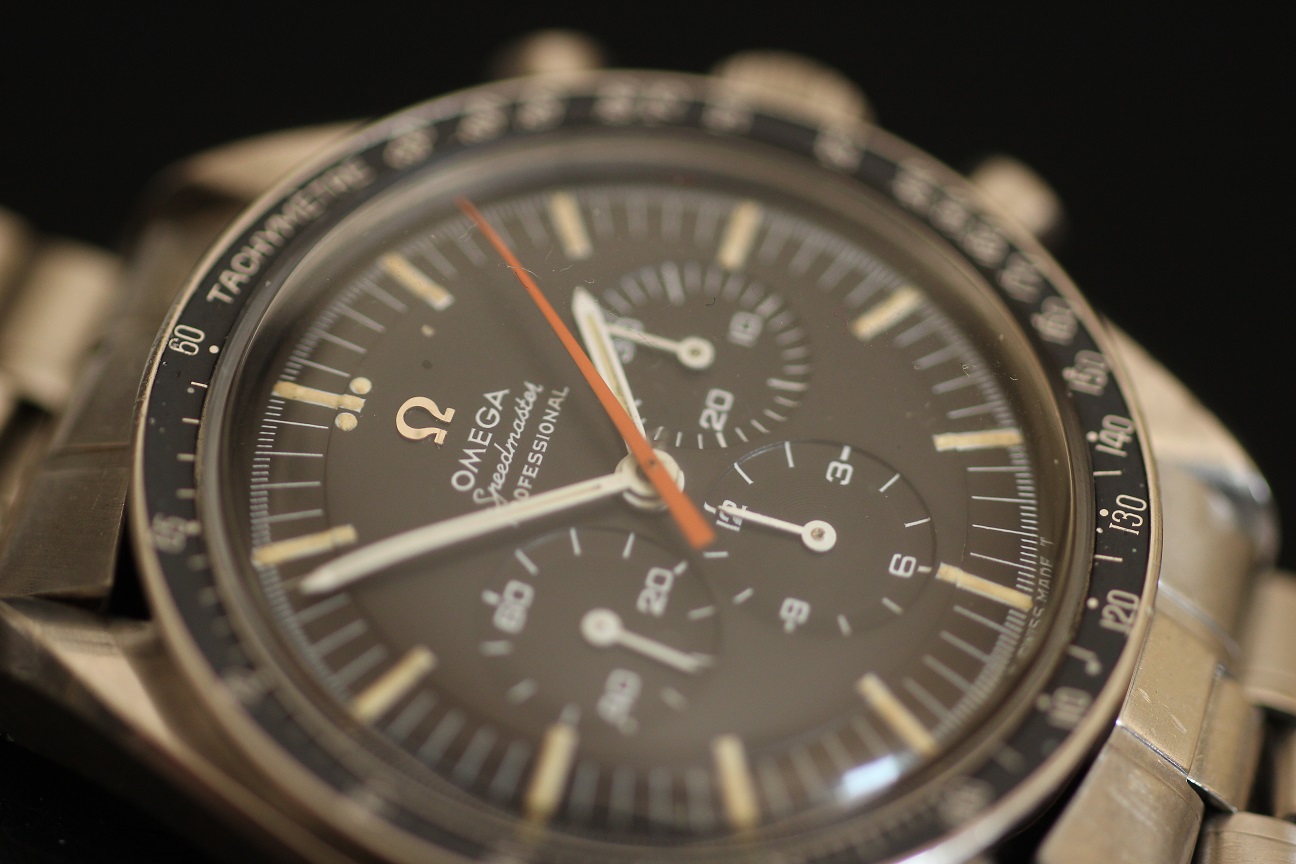 So here we get to one of my regrets.  I never ordered the extract of the archive, and the buyer didn’t either.  The watch had a matching 26 million serial however. And seemed fine with a DOT bezel. 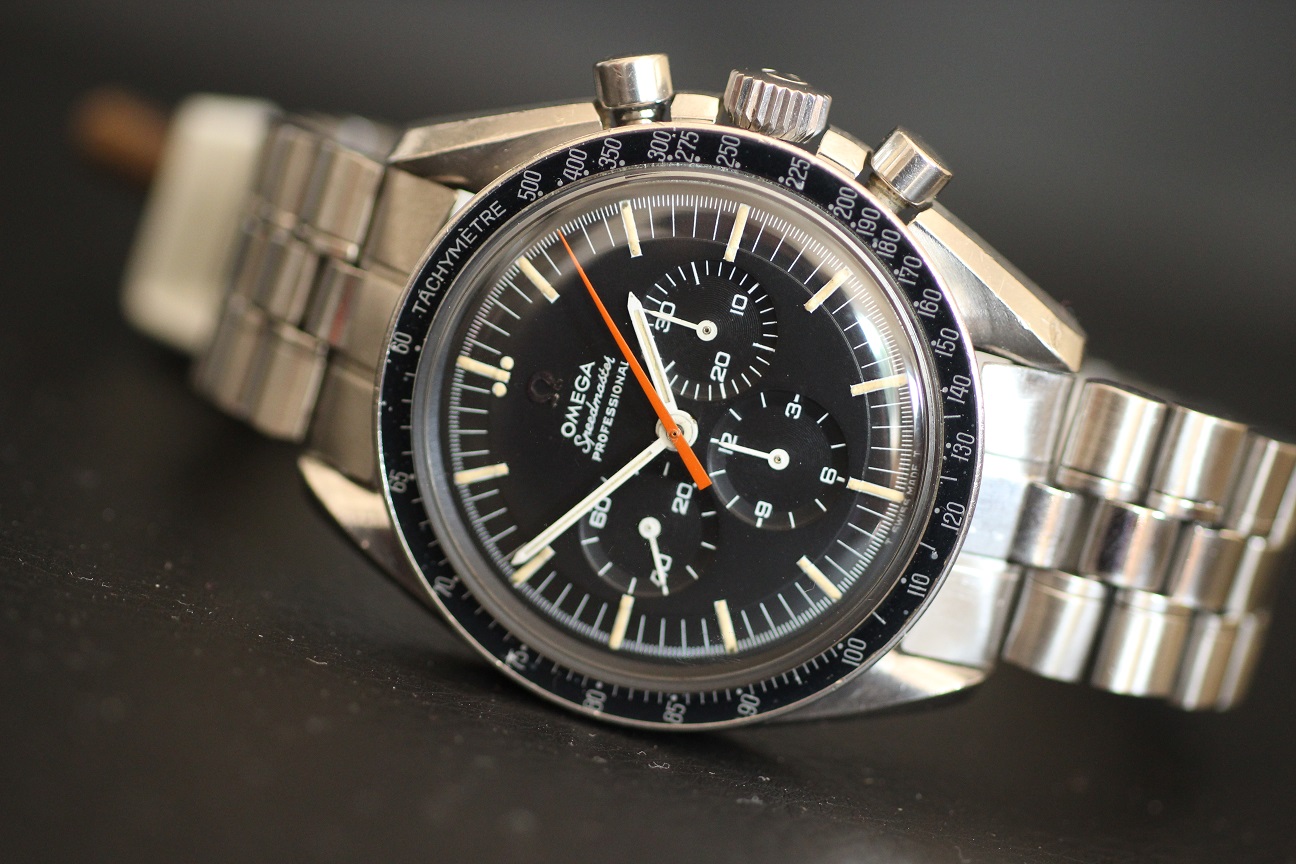 Worst regret is that I cannot access the watch anymore, as like most buyers in recent time do not keep watches.  They flip them as they made some money.  I am noticing less and less people who truly love vintage watches.  It seems to be more about the love of money.  I find this a shame, but it is a sign of the times and nothing anyone could possibly change.  Money rules the world. 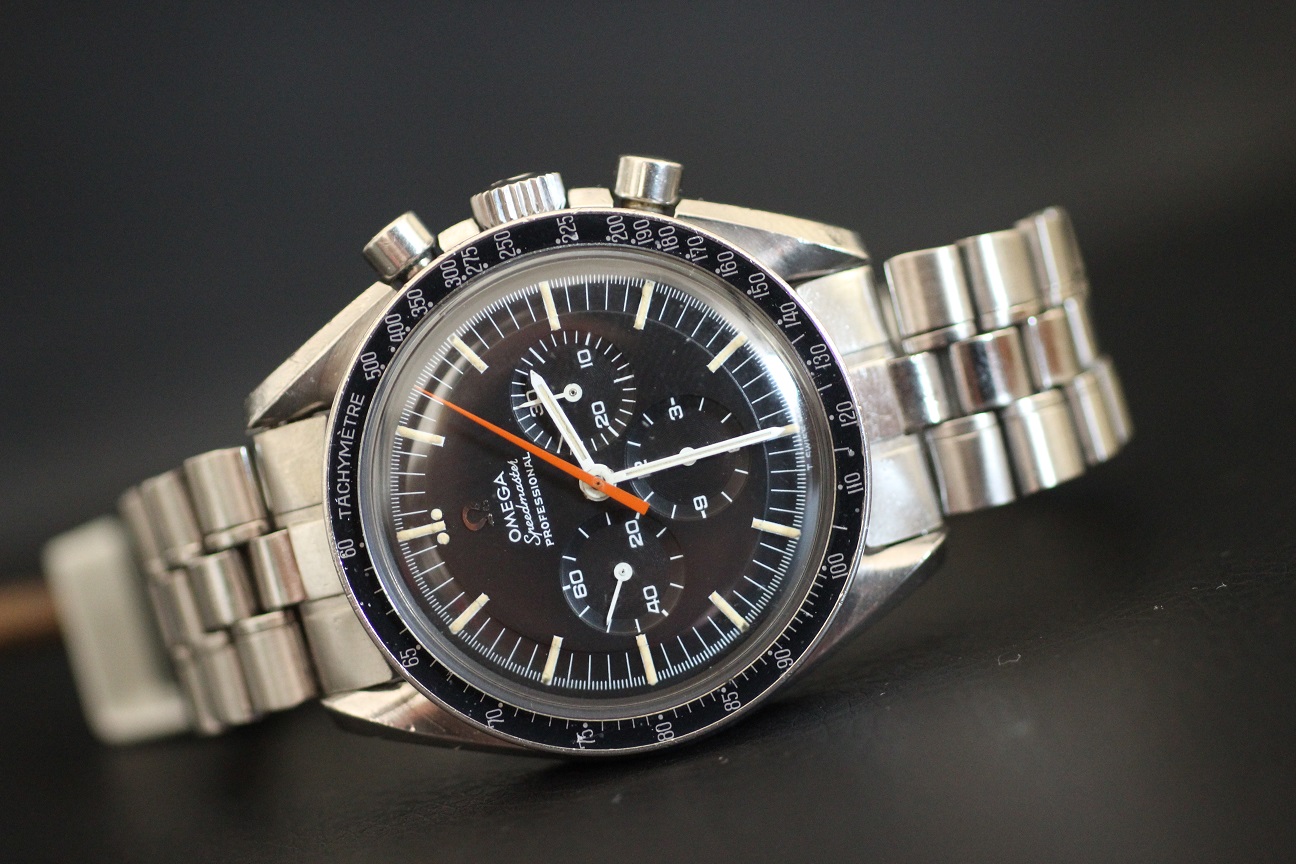 I would have loved to buy it back, but that did not work out unfortunately.  Such is life.  I tried at least… 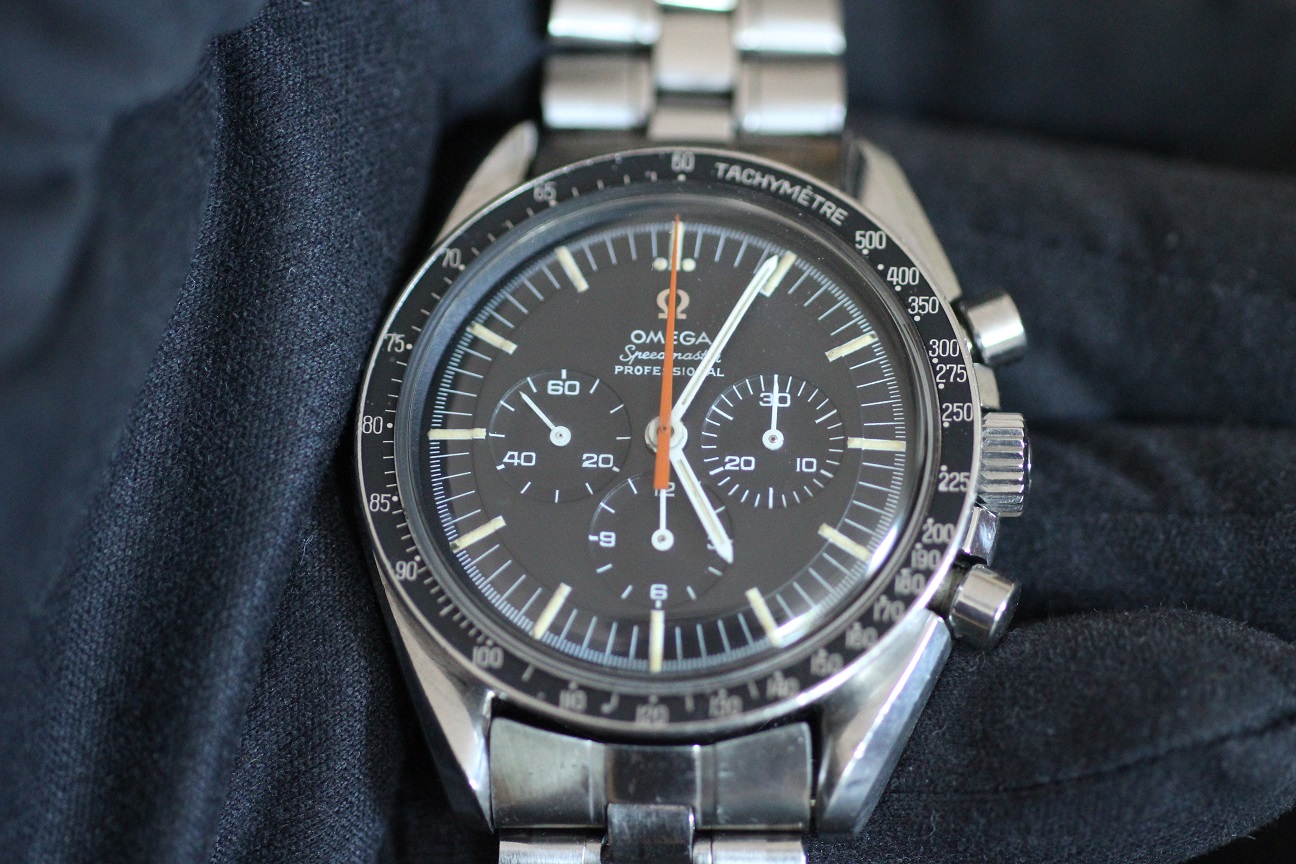 So these pictures are a couple years old.  Showing how the lume was applied in the below macroshot. 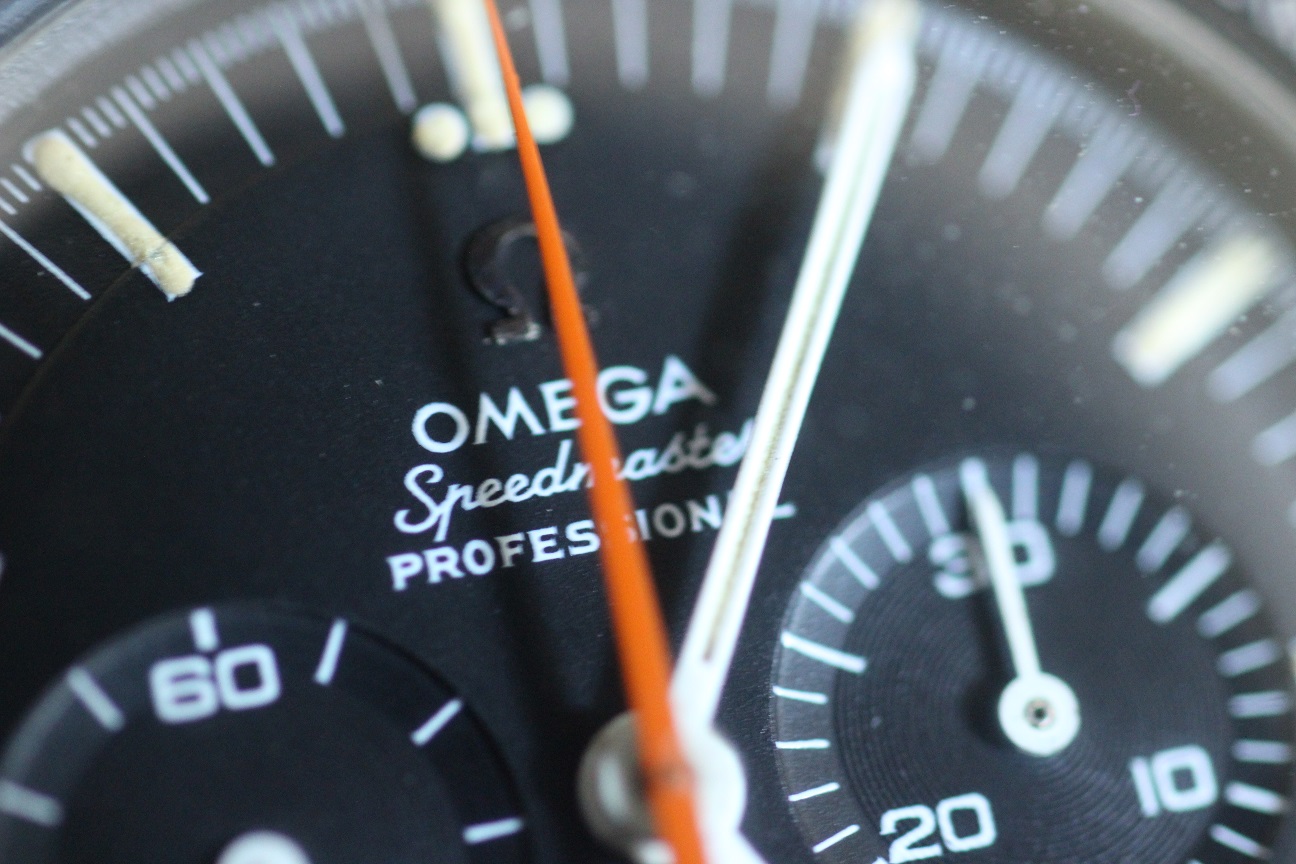 So watches develop even stories with someone like myself who is dealing them.  This watch I tried to buy back, my offer was considered too low.  Although I had sold the watch for a real song to someone where I thought he would keep it.  He wanted a quite crazy amount of money from me at the time he sold it and sold it for significantly less to a “collector”.  Why “collector” in quotation marks?  Because it went to someone who probably sold it just as quickly…  And now the watch is truly out of reach as I know the guy who bought it from my client.  And I learned about the price as well which is a shame that after having bought a watch for a deal from me to try to sell it for more back to me than they finally sell to a stranger.  People do not seem to think any more and are solely driven by greed.  They do not value the friendships or relationships and how a long relationship to dealer like myself may even help them find another great timepiece they can sell for profit… 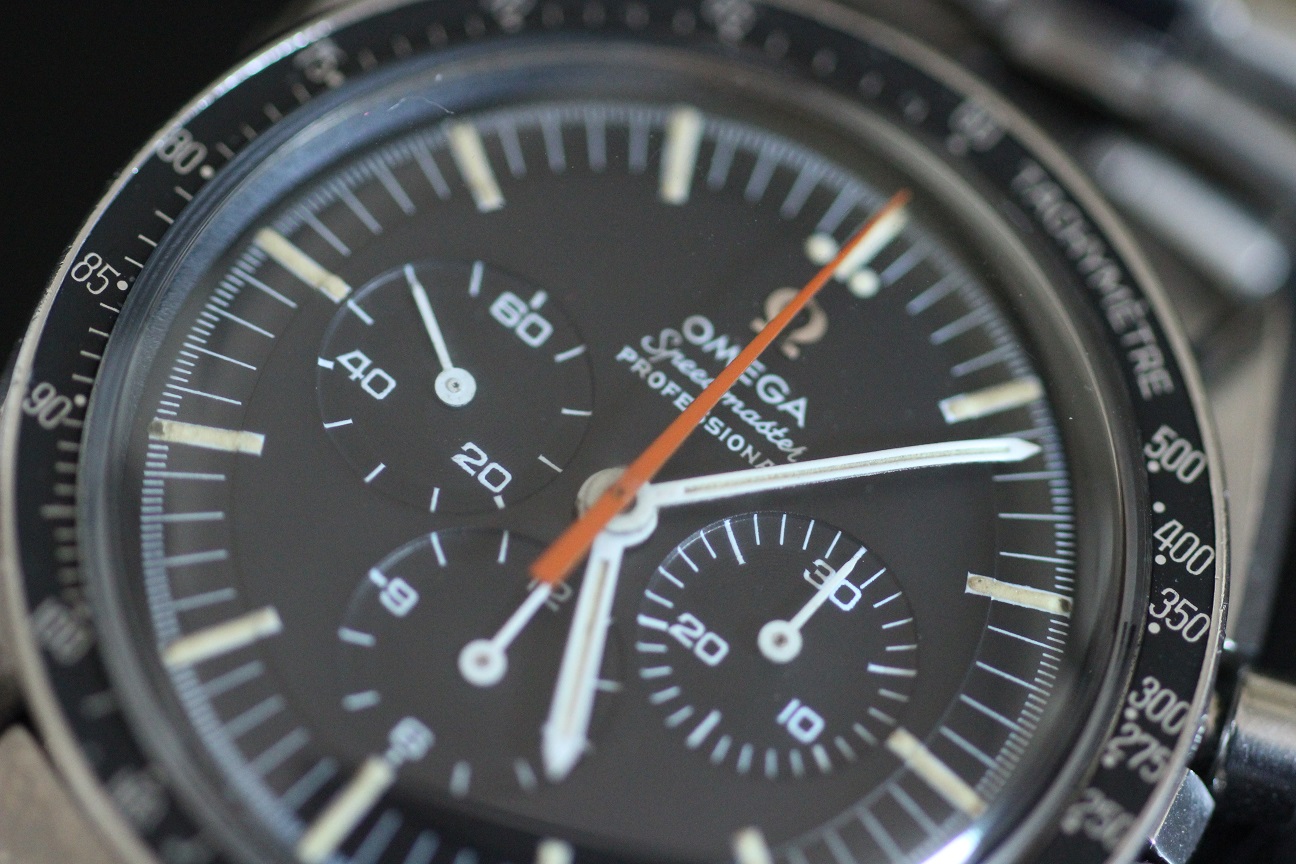 Greed truly seems to turn off brains…  And that is ok.  We live in shallow times and that is how it goes. 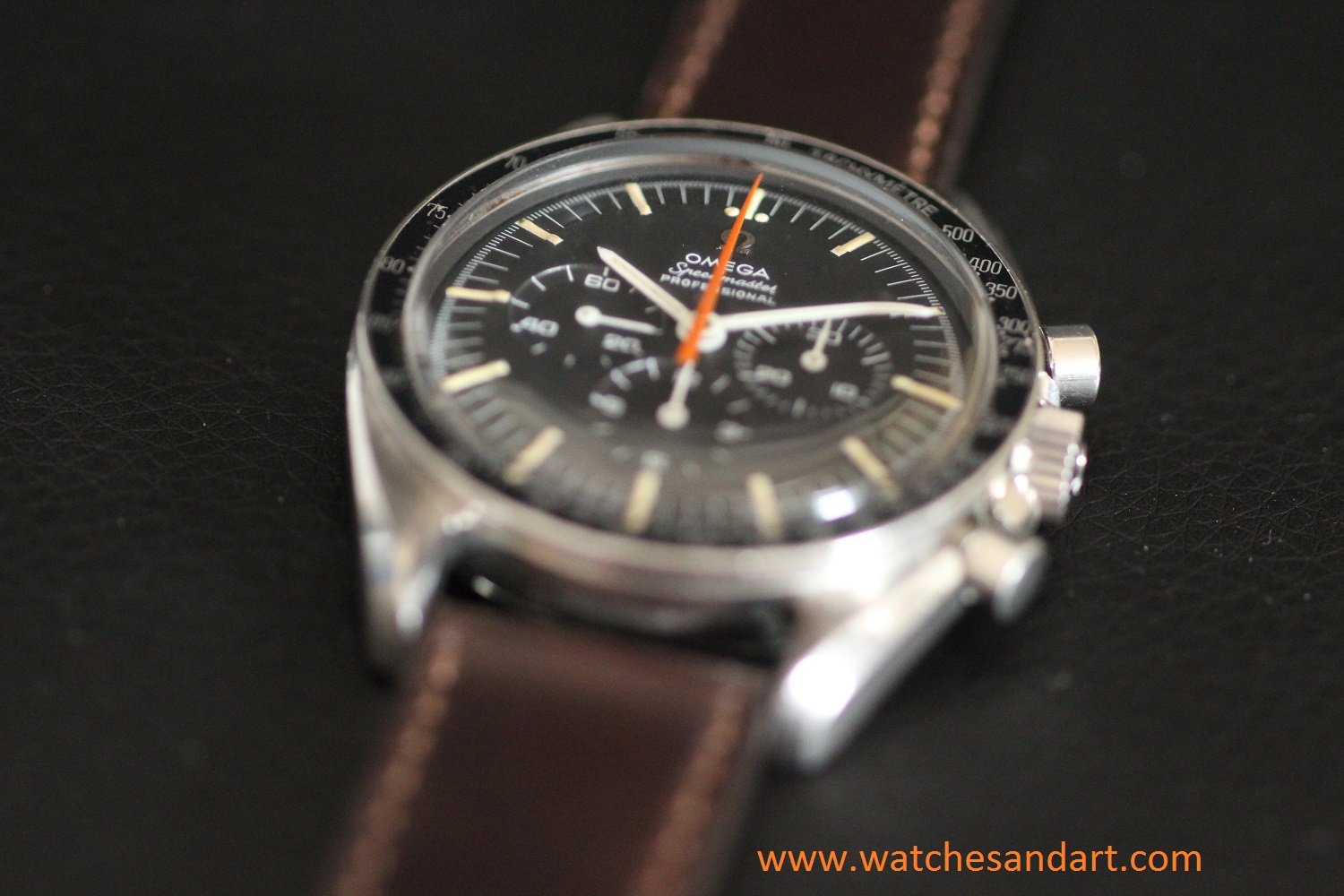 I got these two shots with the watch on a Cordovan shell strap.  Looks quite stunning as well, maybe even nicer than on the bracelet? 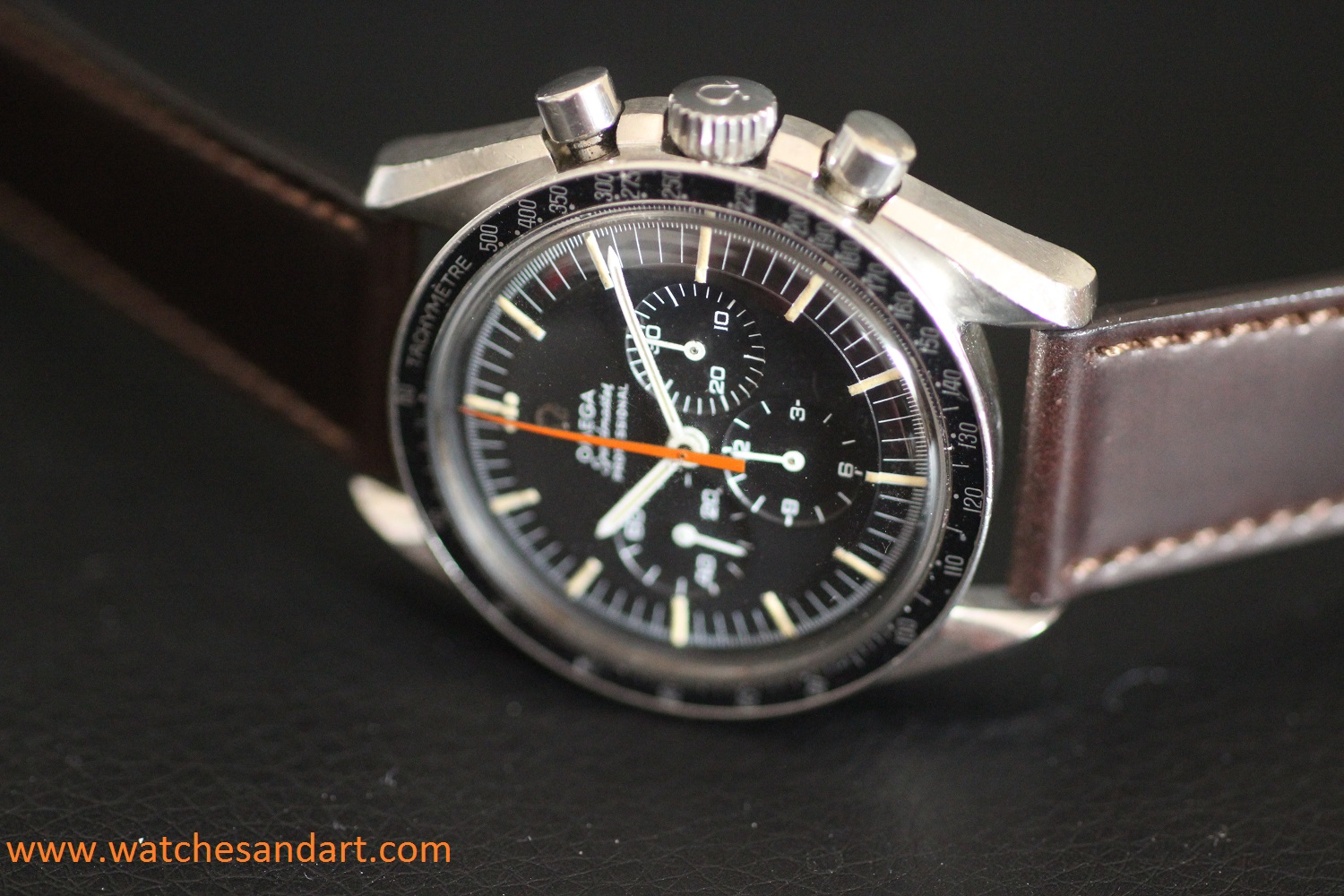 So watches have stories, and not all stories have a fairy tale ending. It does not distract of the beauty and rarity of this timepiece. And now it is probably hyped like a Daytona… LOL