The story of a reader’s Omega Speedmaster

The story of a reader’s Omega Speedmaster

A reader of my blog called Tim submitted this contribution, actually quite a while ago, but due to the outage of the blog for several months, I am posting it just now. 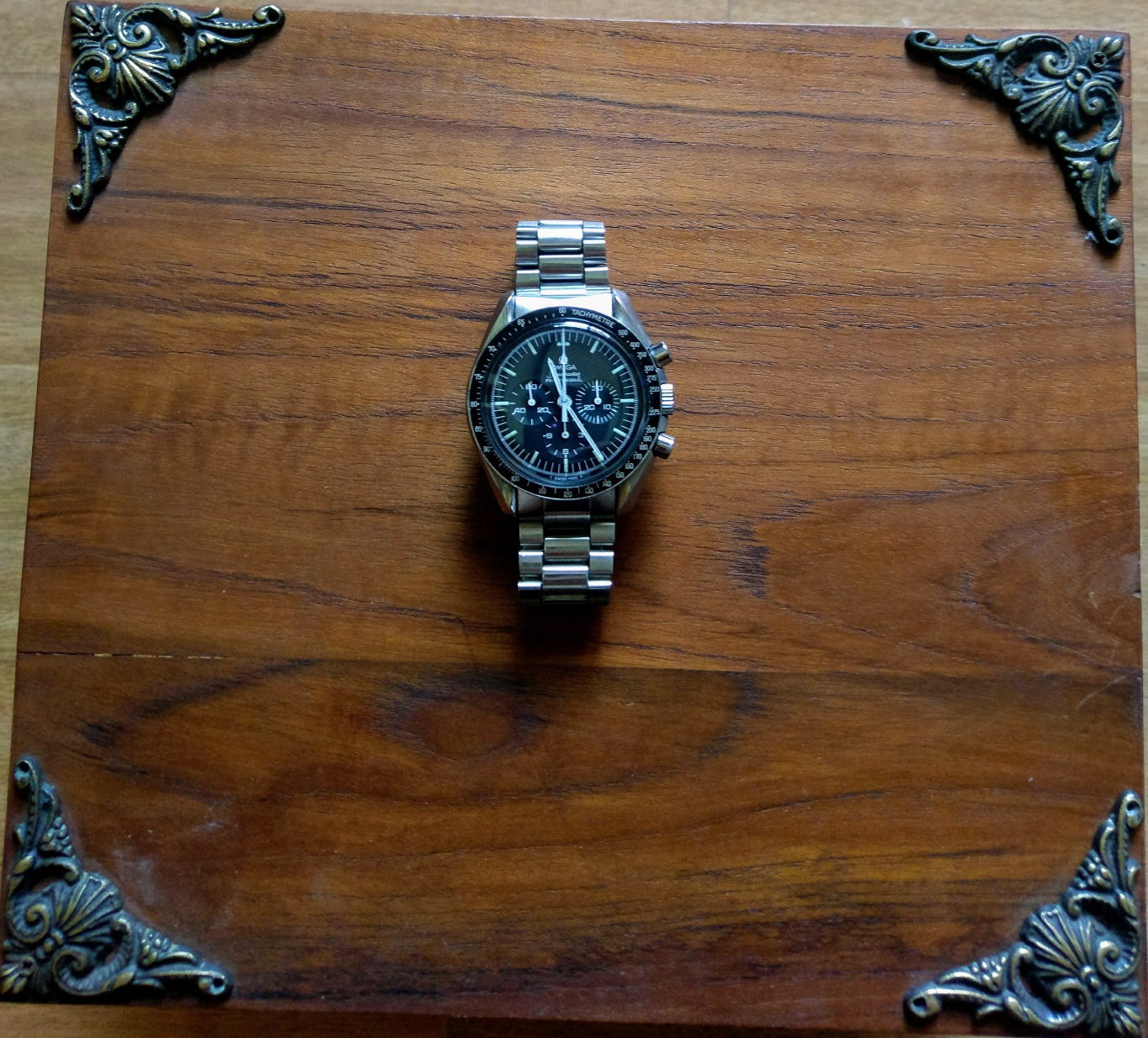 I’ve been a watch collector for several years now. It’s always been mechanical watches. There’s been a few errors of judgement and not owning a Speedmaster at least once, well I had to correct that.

This year I would celebrate my 30th birthday. The Speedmaster would celebrate 60 years of continuous production. SpeedyTuesday would be celebrating its birthday within 24 hours of my own.

I knew a guy who had this example for sale. He said it was unpolished and 34 years old. The brushed polishing on the case sides was still there. No major visible issues. The signed acrylic crystal was present. It has an 1171/1 bracelet with 20 links and correct endlinks. It had been recently serviced and had a warranty with it from a well known local bricks and mortar shop. The price was reasonable. He knew that I wanted a vintage Speedy and it was one of the quickest decisions I have ever made in buying a watch. Around here, you have to be quick if the good pieces are on sale. I knew that another collector had an eye on this watch, so I had to pounce.

I wanted a used one for a number of reasons. I wanted an example that had tritium lume. I wanted one that had a few signs of use as compared to a pristine vintage watch. I thought it’d be a shame to dent or scratch a pristine NOS old Speedmaster. 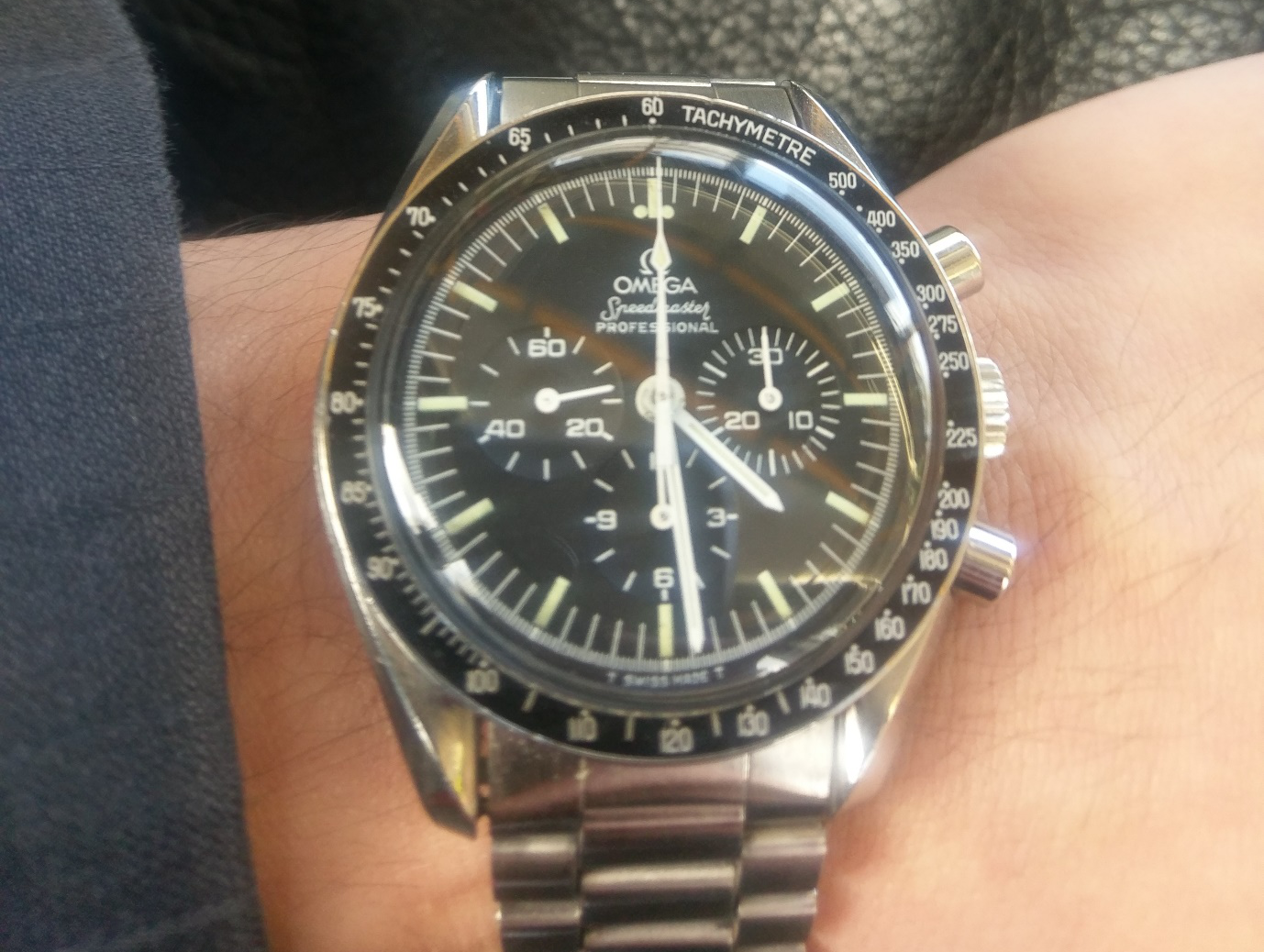 It’s a fun watch to wear. You notice details like the totalisers are in little depressions; the dial isn’t a plain flat disc and how the dial text forms a triangle to be different against the circular design elements. The patina is subtle and nice. When I opened it up for the first time, I learned that the Speedmaster cases were made by many different companies to the same specifications. This one has a case by A. Donze-Baum SA.

I enjoy the tactile nature of having to wind it every two days. And how you stop the seconds hand by holding the hand with the crown; the old fashioned “hack”. 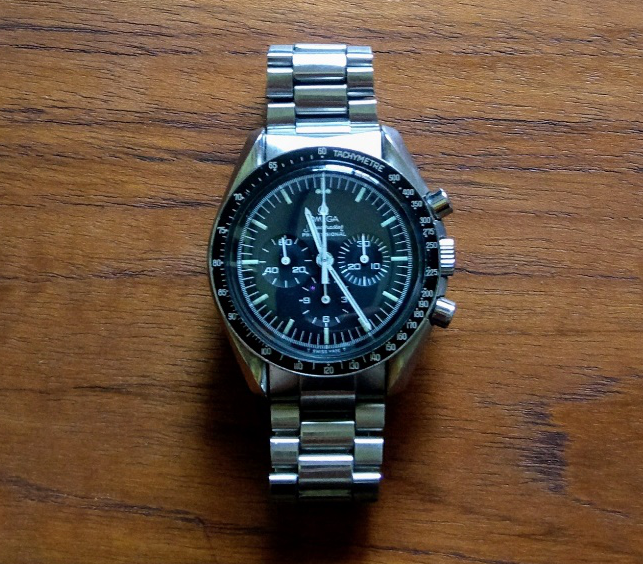 This Speedmaster is a great contrast against the other chronograph in my collection, which is automatic winding, from Omega’s main rival, and has a white dial. Their only common trait is tritium dial and hands, and thankfully, no date. Never been a fan of date windows on chronographs. Not a fan of running seconds placed at 6 as found on the new Rolex and Heuer chronographs The pushpieces need a firm push when activated, to reassure you that it’s a solid watch. It’s vulnerable, yet strong.

The Speedmaster showed me its versatility in that I could wear it to the office and out in casual settings. It’s a discreet watch too, which is good. Some people like to wear flashy watches, but I prefer to be subtle and unassuming, which is a consequence from my early years. 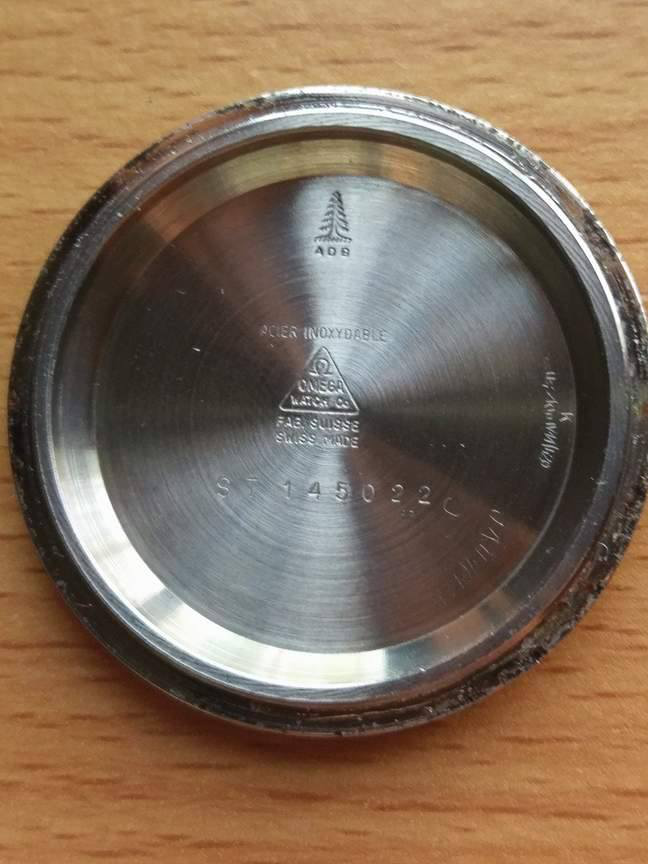 The watch reflects a bit of my personality, I guess. What you see is what you get, dependable, low maintenance. It has history that you don’t know about, but it just gets on with what it does best. Showing accurate time and being practical. I plan to keep in my collection for a while.