Loading...
By Boris Pjanic
Have you ever noticed? Airplanes designed with stealth technology usually look anything but inconspicuous… Their strange, angular shapes look like they’re made to actually attract your attention – as if the engineers conceiving them had got the brief wrong. The stealthier they are, the more strikingly obvious they are: think of the F-117 Nighthawk, the B-2 Spirit or the SR-171 Blackbird… 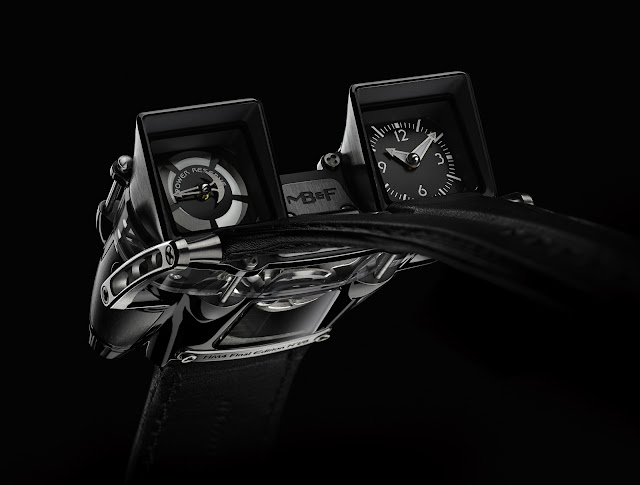 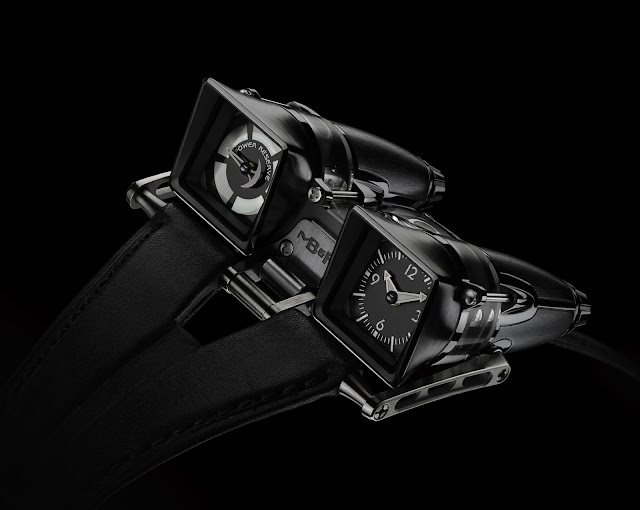 “Final Edition” ? Yes indeed. When the original, ground-breaking HM4 Thunderbolt was launched in 2010, we announced that only 100 HM4 movements would ever be manufactured. Today we have just 8 movements to go. This will definitely be the most difficult-to-catch HM4 of all, a very elusive Limited Edition of just eight pieces – which makes sense for a stealth Machine built to outsmart any form of detection.
The HM4 Final Edition features square angular panels, dark surfaces and high-tech titanium. Black PVD provides the titanium with its shadowy cloak of concealment without blocking the light playing off the contrasting matte and highly polished surfaces. Inside, visible through the multiple sapphire crystal sections, beats the unique 311-component HM4 engine. 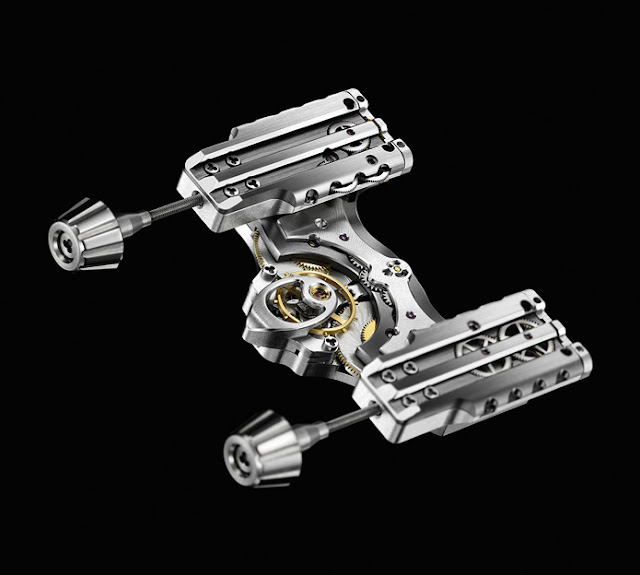 Detection of the HM4 Final Edition will undeniably be difficult… Intelligence Reports indicate that this fast-looking, menacing aircraft will be deployed in only 5 airbases across the globe: The Hour Glass in Singapore, Westime in Los Angeles, Chronopassion in Paris, the Chronometryx alpine airstrip in Gstaad and MB&F’s M.A.D.Gallery home base in Geneva.

Charris sent me this message and his text is just so much fun to read, I decided to copy it as is and use it for this blogpost.  This is another masterpiece of MB&F, I love the design inspired by a figherjet.