What does Fortis have to do with Jeppesen?

Watches and Art > Posts > Allgemein > What does Fortis have to do with Jeppesen?

What does Fortis have to do with Jeppesen?

In the year 2000, I was living and working in New York City. At the time I had studied and worked in the US for over 5 years, and like many people, we carry certain creams in our minds. My dream was to fly. Since I don’t really have the guts to parachute, I decided to learn how to fly an airplane, starting with the Cessna 152 as a twoseater and the 172 as a fourseater. I took classes in Upstate New York in Ithaca at a flying school which was located where my best American friend was living.

For several months I spent my weekends and freetime in Upstate New York. Until 9/11 2001 hit. It was the end of my flying lessons as flying schools across the country were shut down for a longer period. I somehow got taken away with my job and never continued to fly. A shame.

Why am I telling you all this?

Well, the training material provided to learn flying comes from Jeppesen. They are the most known provider of such study materials. 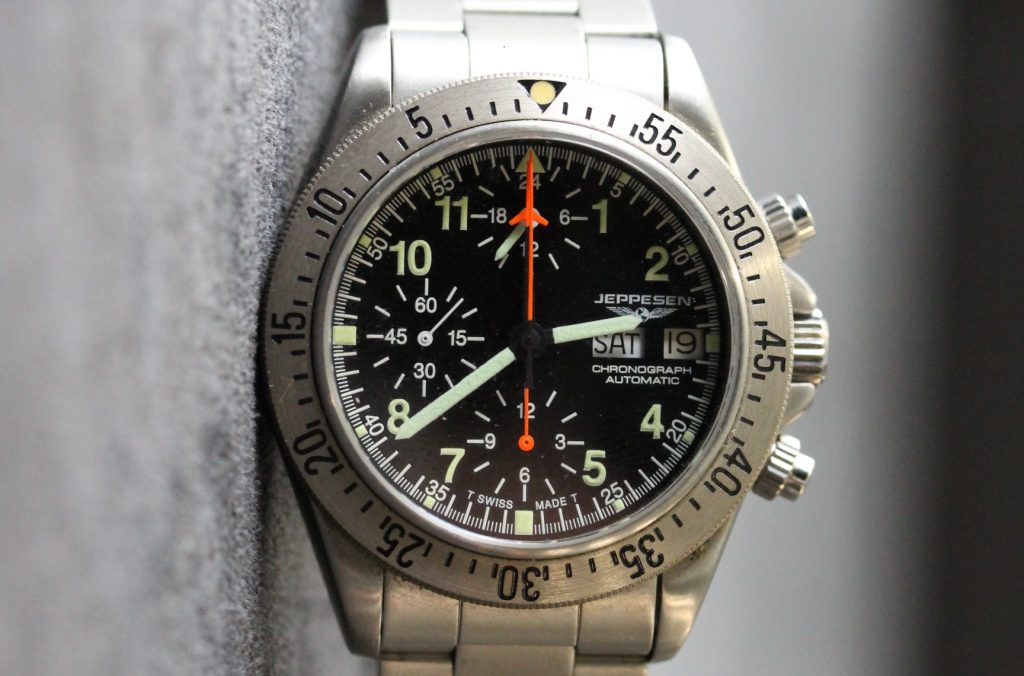 So what is it with Jeppesen?

Well, I recently visited Fortis. Fortis is known for aviation and space flight. And I photographed an older Fortis chronograph and while browsing my harddrive now to check thru hundreds of photos I shot, I noticed that one chronograph says Jeppesen on the dial. Take a look. Watches carry endless stories. And that is why watchcollecting is so much fun. Hope you enjoyed this. 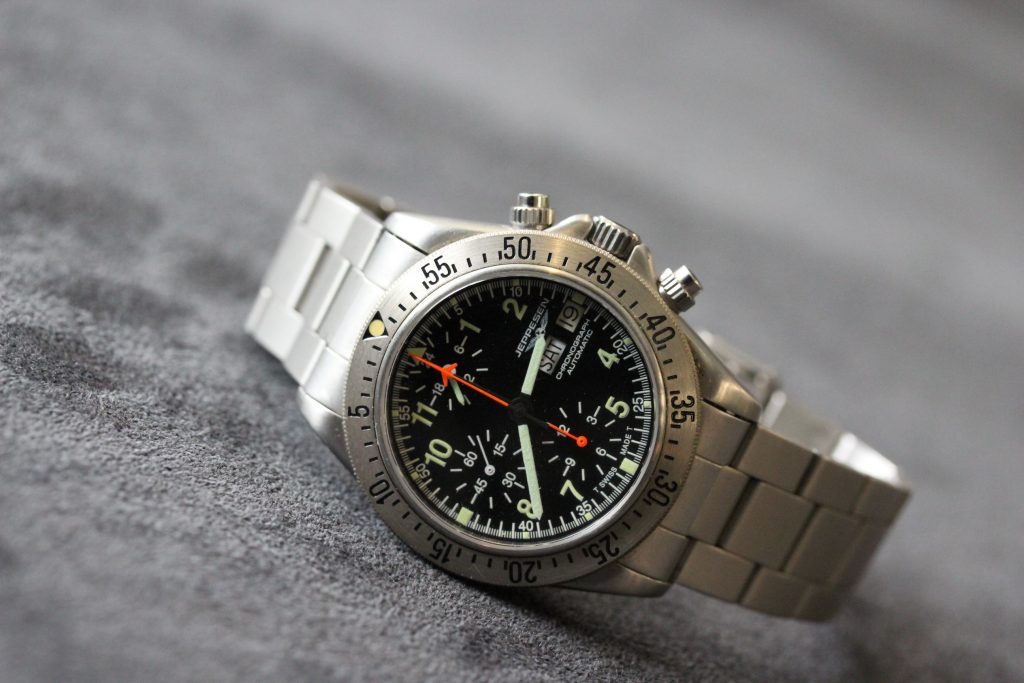 This is actually a cool older Fortis chronograph with a Lemania 5100 movement.