Loading...
By Boris Pjanic
Mister Biver from Hublot, one of the largest watchmanufactures in Switzerland, invited a group of watchcollectors and enthusiasts in Cologne to join him for dinner.  About 35 people convened in one of the nicer restaurants in Cologne: Decksteiner Mühle.

Mr Biver talked about the watchindustry, about the future, the past, about what he loves and about the story of his successes at Omega, Blancpain and now Hublot.  Within less than a decade he nearly increased revenue of Hublot 10 fold.

He is also considered one of the biggest watchcollectors in the world.  He has a faible for Patek Philippe.  As you can see on this photo, he was wearing a unique Patek Philippe Chronograph that has to be about 60 years old. 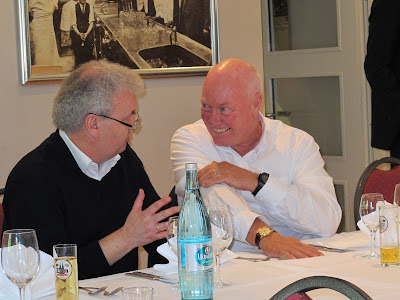 And for those who are wondering, Mr. Biver did bring his own cheese for us.  And let me tell you something, his cheese is incredibly tasteful.  I loved it.

We were able to freely communicate with him, pose questions and interact. 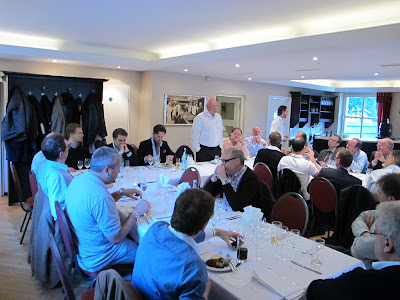 For the rest I will just let the pictures speak, there may be more pictures coming.  Enjoy in the meantime. 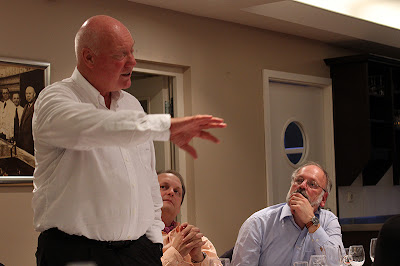 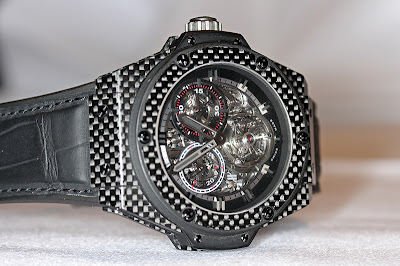 The above timepiece is Mr. Biver’s personal Hublot, with minute repetition, Tourbillion and Monopussoir Chronograph, made of hightech materials, including Carbon.  The movement is also made of a lot of Carbon parts.  Therefore, the movement looks pretty much black.  Unfortunately, we do not have a picture of it.

And another photo of his watch: 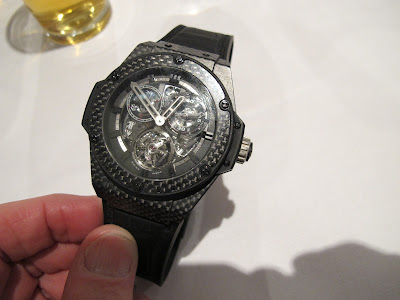 The evening offered an opportunity to find out more about the man behind the success of Hublot, but not only that.  It also offered us insight into all the new technologies that Hublot is working on, using hightech material from car racing. 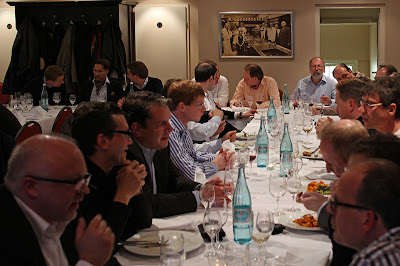 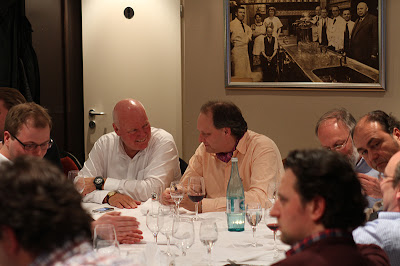 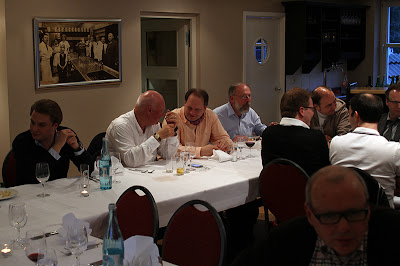 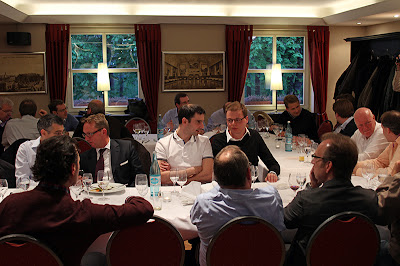 Last but not least, a big thank you goes to the organizer of the event, but also to Monsieur Biver.  I truly enjoyed this evening. 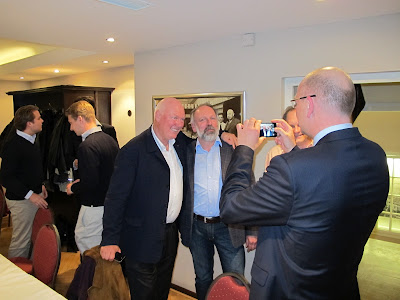 I am looking forward to my visit in Nyon in May.