Arnold & Son, a Swiss watchmaker with British heritage, has been introducing quite a few interesting timepieces this year at Baselworld. I find their timepieces in the Instrument collection quite impressive.

The Instrument DBG Equation GMT looks at first similar to the watch pictured here.  While the DBG features two separate time displays, each driven by its own barrel and gear train with its own escapement and balance which is really unusual,  actutally I have never seen something like this anywhere else, the DBS Equation Sidereal features a different concept. Both watches have the Setting in common: the two displays of the DBG  as well as the DBS can be set independently of eachother. The setting is done by the two crowns to the left and right.  According to Arnold & Son, the DBS “is a tribute to two watches (Nos. 1 and 2) made by John Roger Arnold that showed mean solar and sidereal time on two separate subdials”.

Regarding the DBG , the fact that there are two independent displays offers the possibility to set two timezones differing from Greenwich Mean Time even by minutes while most GMT watches allow the difference only by hours.

While the two timezones on the DBG  share a central seconds hand on the dial, the subdial at 12 o’clock is showing the equation of the two time zones on a 24-hour basis thus enabling the wearer to see the time difference between the two timezones and ascertaining whether it is day or night in the second timezone.

The DBS Equation Sidereal accounts for the the 24 hour time that we commonly know, but also for the “true” time based on the Earth’s Rotation.  Sidereal time deviates by slightly less than 4 minutes per 24 hour day.  Details about it can be found here.  It is quite impressive how this can be mechanically implemented on a wristwatch.  Here you can see the different times.

Both watches are a feat, not only from a technological standpoint, but also from the dial layout and the beautiful dial appearance. I liked the rose gold version a tad more than the steel version, but both are truly stunning timepieces proving once more the extraordinary competence at Arnold & Son.

The DBS and DBG share very similar Looks at first sight, but when you look closer, you see differences on the dial.  More than that, the two watches over significantly different functions as described above.

Enjoy the pictures which I took at the Baselworld show. 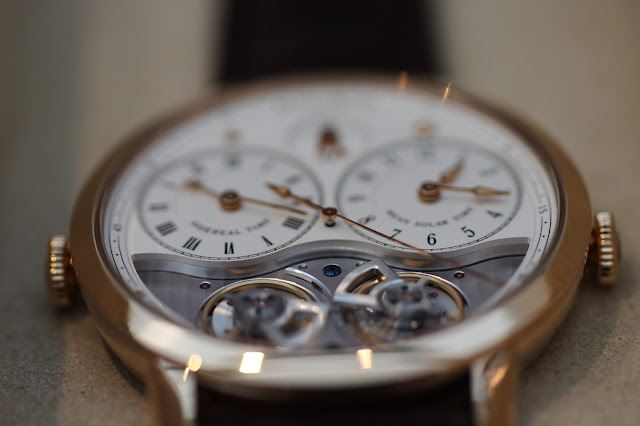 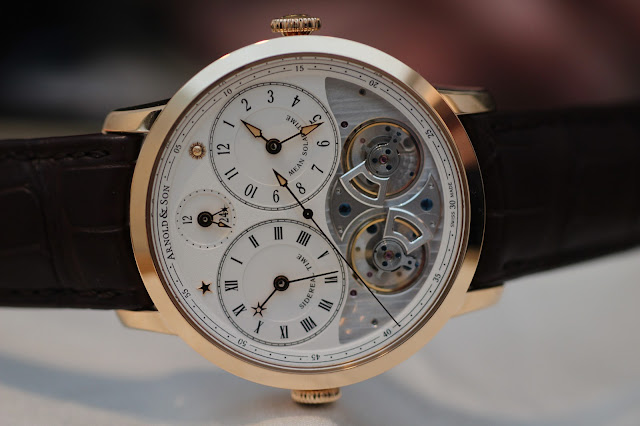 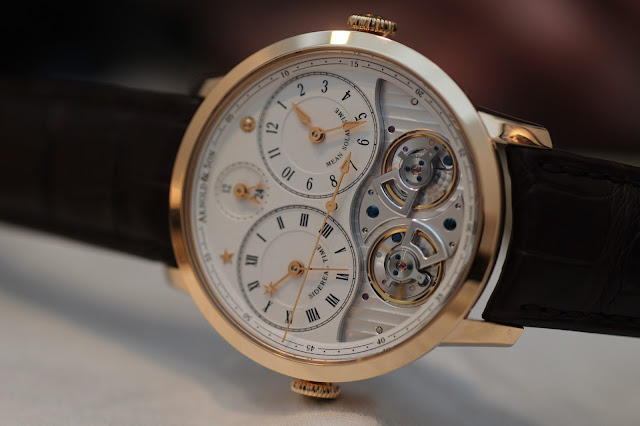 While the open dial is showing you the highly finished movement, the seethrough caseback shows you the symmetric “double” movement powering two timezone dials. 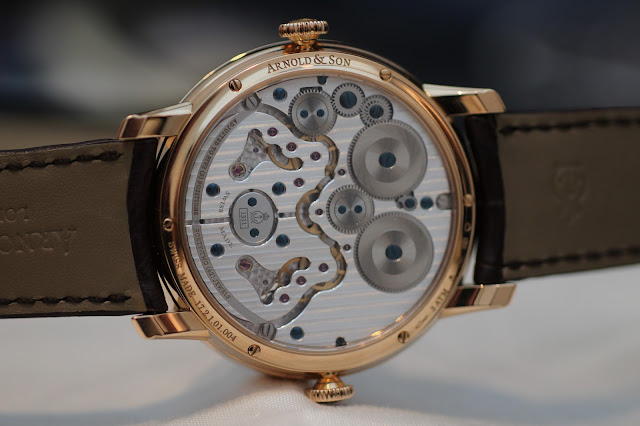 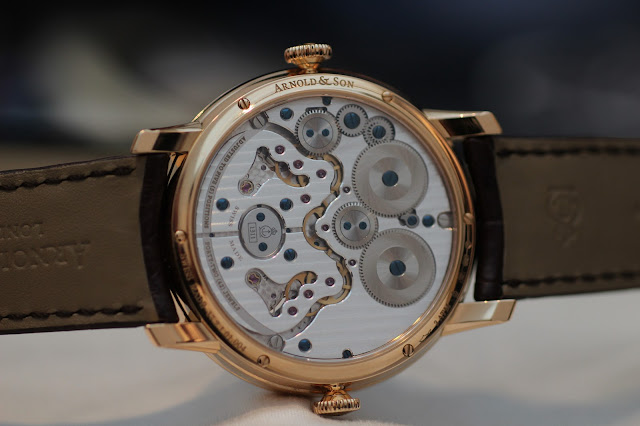