A few years ago, I was meeting with Ulysse Nardin at Baselworld.  I did this every year while visiting Baselworld when they were still attending this fair.

In a showcase, I noticed a boat, actually a kind of catamaran, which seemed to be a clock at the same time.  It made me very curious.  Ulysse Nardin told me it was made by a highly skilled watchmaker who did this apparently all by himself over a period of over 1 year if I recall correctly?!  I was amazed, impressed, to say the least.  After the fair I tried to research who is responsible for this clock.  It took a while until I found out: It was John-Mikaël Flaux.  And this was his boat:

I am trying to write this as if I were interviewing John.

Despite the excellent experience and the position that John had in that manufacture (Ulysse Nardin), he could not bring himself to continue to create with so many strong constraints. He deeply thinks that a creation must be uncompromising with its inspiration, it’s visceral! This state of mind is impossible to respect in such a massive manufacture, so he left Ulysse-Nardin in early 2018 and decided to officially launch his own brand as an independent watchmaker.

His work is naturally oriented towards the beauty and art of mechanics. This idea consists in seeing the watchmaking mechanics as a medium of expression, marrying poetic universes with the passion of watchmaking. After he created the automaton «The Duel » at the beginning of the year, he then presented in May 2018 a clock related to the automotive world: The Car Clock. Some may have already seen it on several occasions. 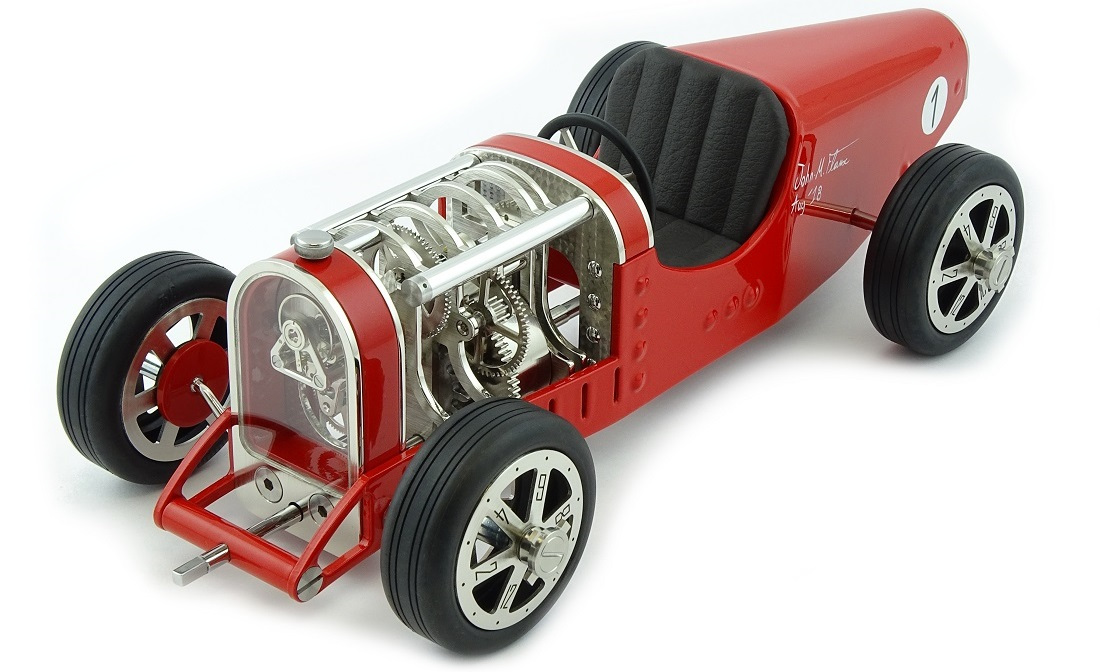 John-Mikaël Flaux is 28 years old and an independent watchmaker in France since 2018. It all began when he studied 6-years of watchmaking and graduated with 3 diplomas, the last and most important one, was the diploma of the art of watchmaking « Diplôme Des Métiers d’Art en Horlogerie » from the renowned school of watchmaking Edgard Faure at Morteau in France. He was then noticed by the Swiss manufacturer Ulysse-Nardin where I had the opportunity to create for the brand. For over 5 years at Ulysse-Nardin my last 2 years were exclusively devoted to the creation of new projects, for those of you who remember Ulysse-Nardin’s clock-offshore boat “the Super-Cat » well that’s him … to sum it up he was a watchmaker-creator, but not independent.

This was one of his earliest projects, the Wasp, created in 2014.

I will write more about him and his projects as soon as possible.

Here you have a young and spirited man with a vision and dreams, dreams he would like to transform and implement into his future.

More information about him and his work can be found at his homepage: