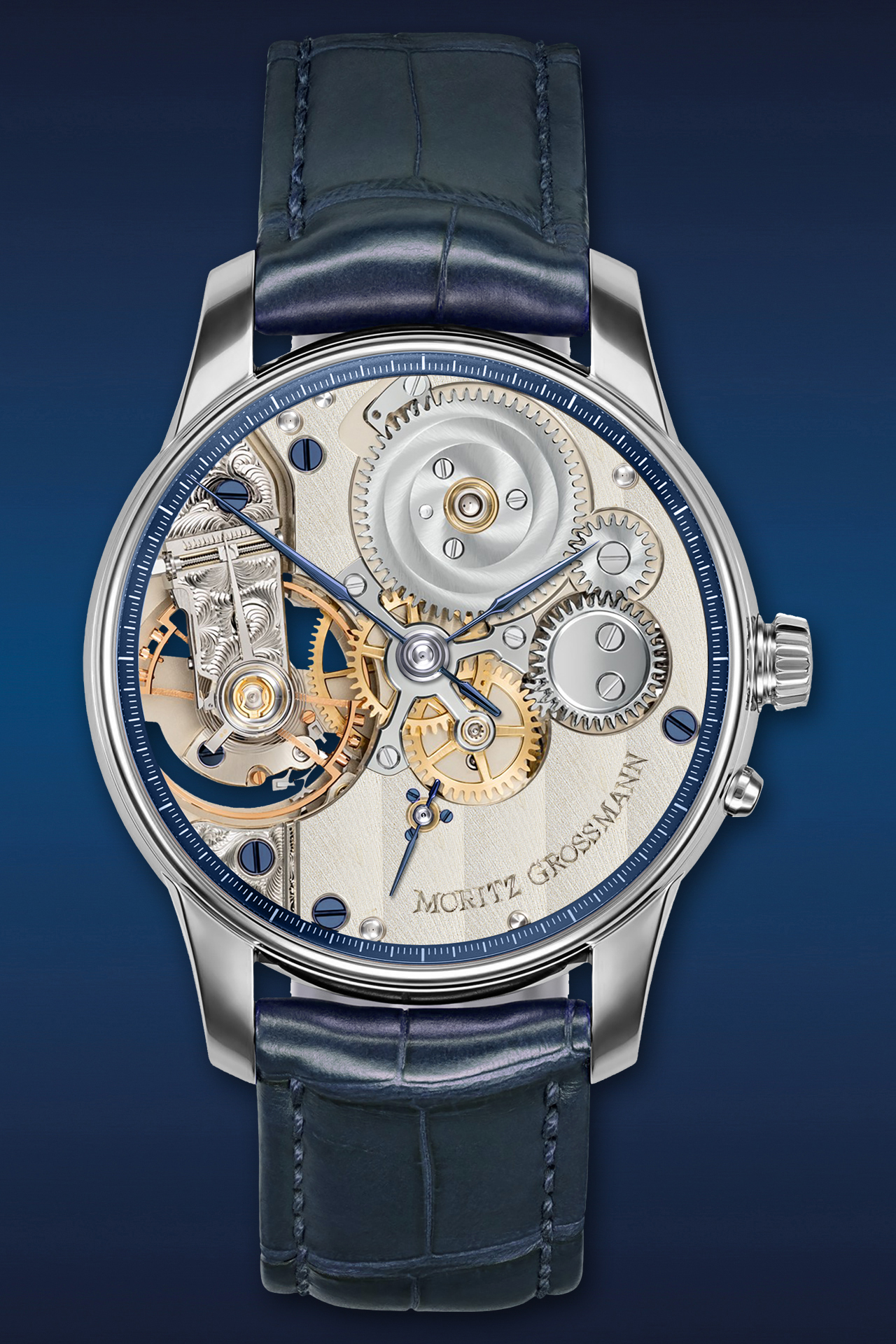 The 11th December marked the closing of a landmark moment for luxury German watch brand, Moritz Grossmann. To mark the 10th anniversary of its rebirth, Moritz Grossmann partnered with Christie’s to auction 24 unique pieces which represent the brand’s past, present and future. The 24 pieces pay homage to Moritz Grossmann’s most recognisable features, such as the extremely fine hands, polished and annealed over an open flame by hand, and the high quality finish of each and every movement. The online auction also marked a historic moment for Christie’s, as this was the first time ever that the auction house has offered such a large capsule collection of new and unique watches. The successful partnership between Moritz Grossmann and Christie’s captured the attention of watch lovers around the world and introduced the brand to new audiences. The auction was 100% sold – all 24 timepieces were purchased – a huge success for the German brand. 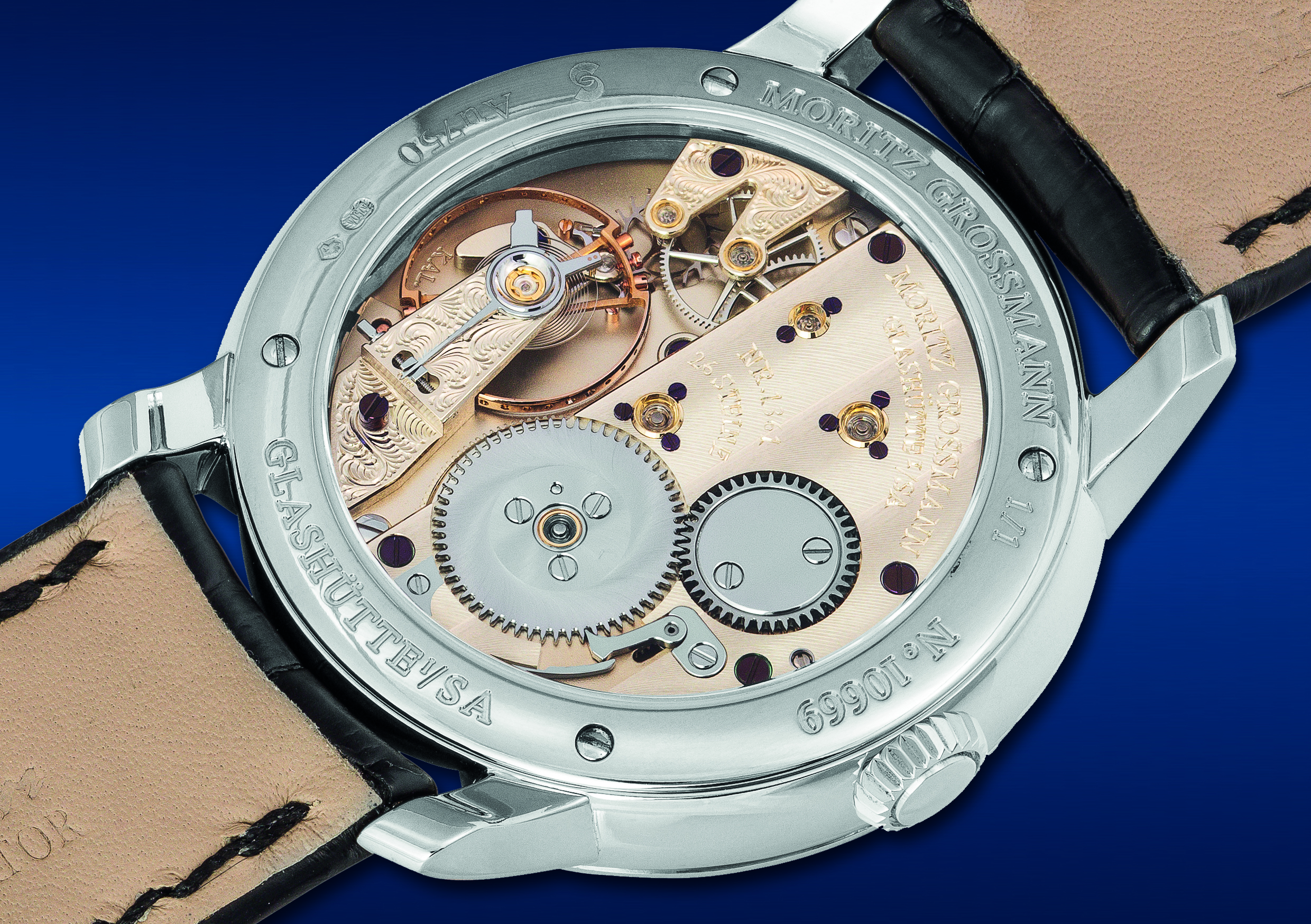 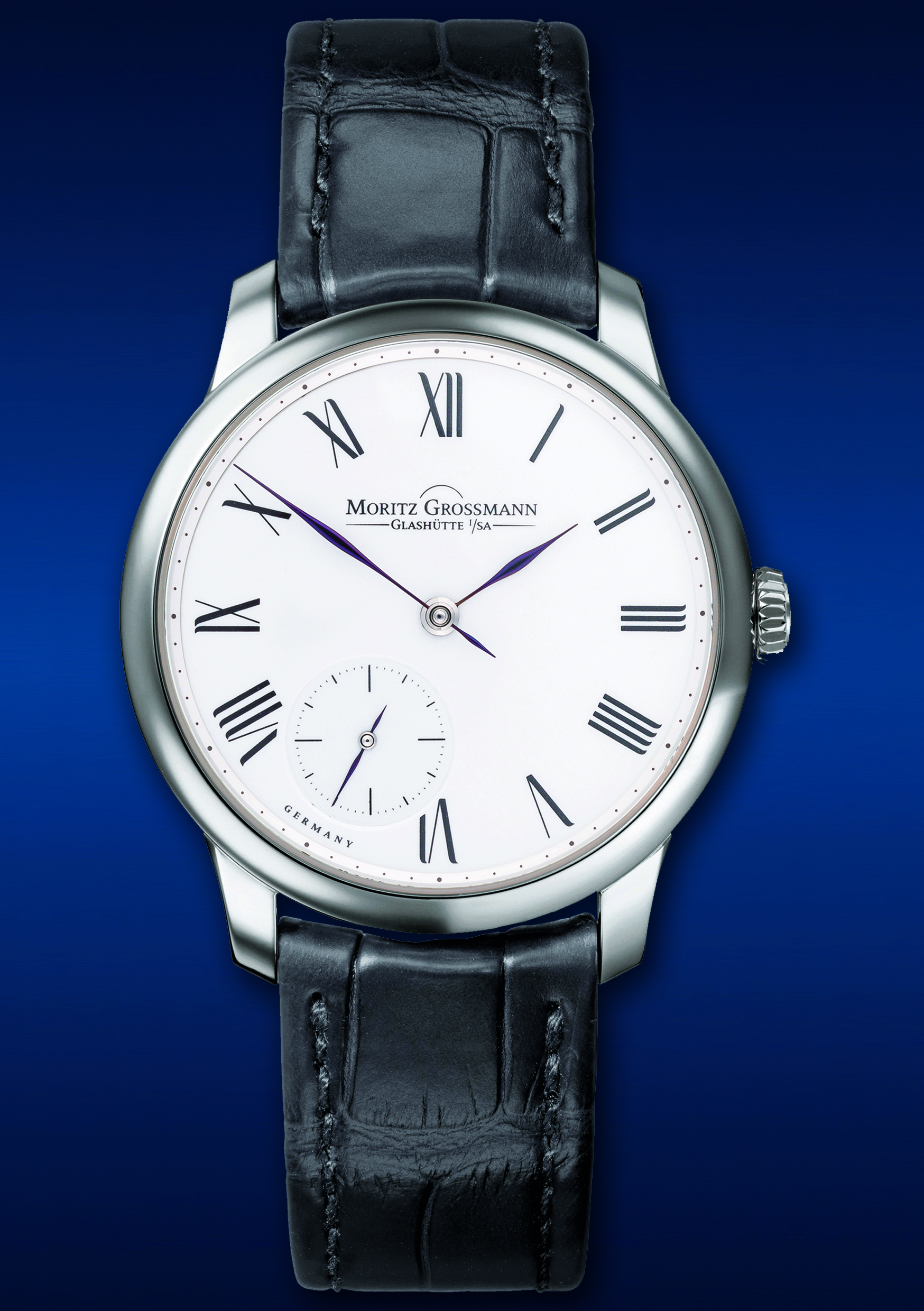 The auction saw strong support for Moritz Grossmann’s unique historical, classic as well as outstanding modern pieces. The hallmarks of the independent German brand, which represents superb craftsmanship and a combination of traditional and contemporary methods, were very well received. The movements are constructed and manufactured in-house, chamfered, chased and engraved by hand. The hands are extremely finely made with highly polished steel centers; seeing them is a reminder of what the standard should be for high grade hands in fine watchmaking.

The sucessful closing of the Christie’s auction represents the end of a busy decade for the revived brand. The craftsmanship involved in creating these 24 unique timepieces belies the fact that it is a mere 10 years since the manufactory’s revival and is testament to the company’s namesake, Moritz Grossmann. The partnership with Christie’s will introduce Moritz Grossmann to new audiences as the brand continues to grow. Descibed by Christie’s watch specialist, Ryan Chong, as ‘German watchmaking’s rising star’, Moritz Grossmann is confidently moving into its next decade to continue creating watches that are the perfect embodiment of the slogan: ‘Schönstes deutsches Handwerk’ – ‘the most beautiful German craftsmanship’. 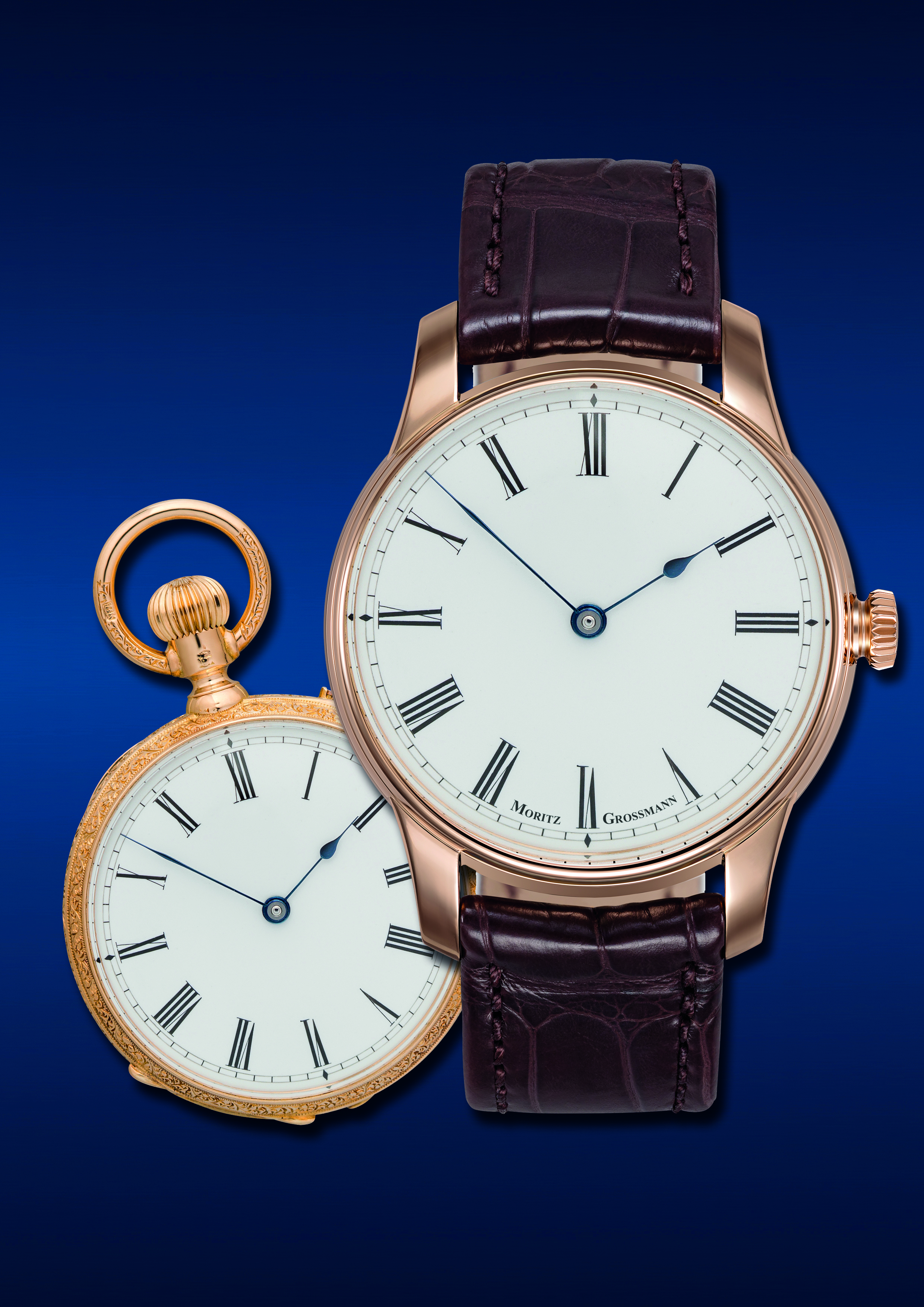 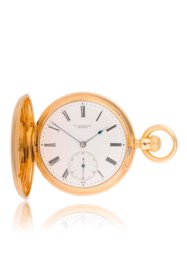 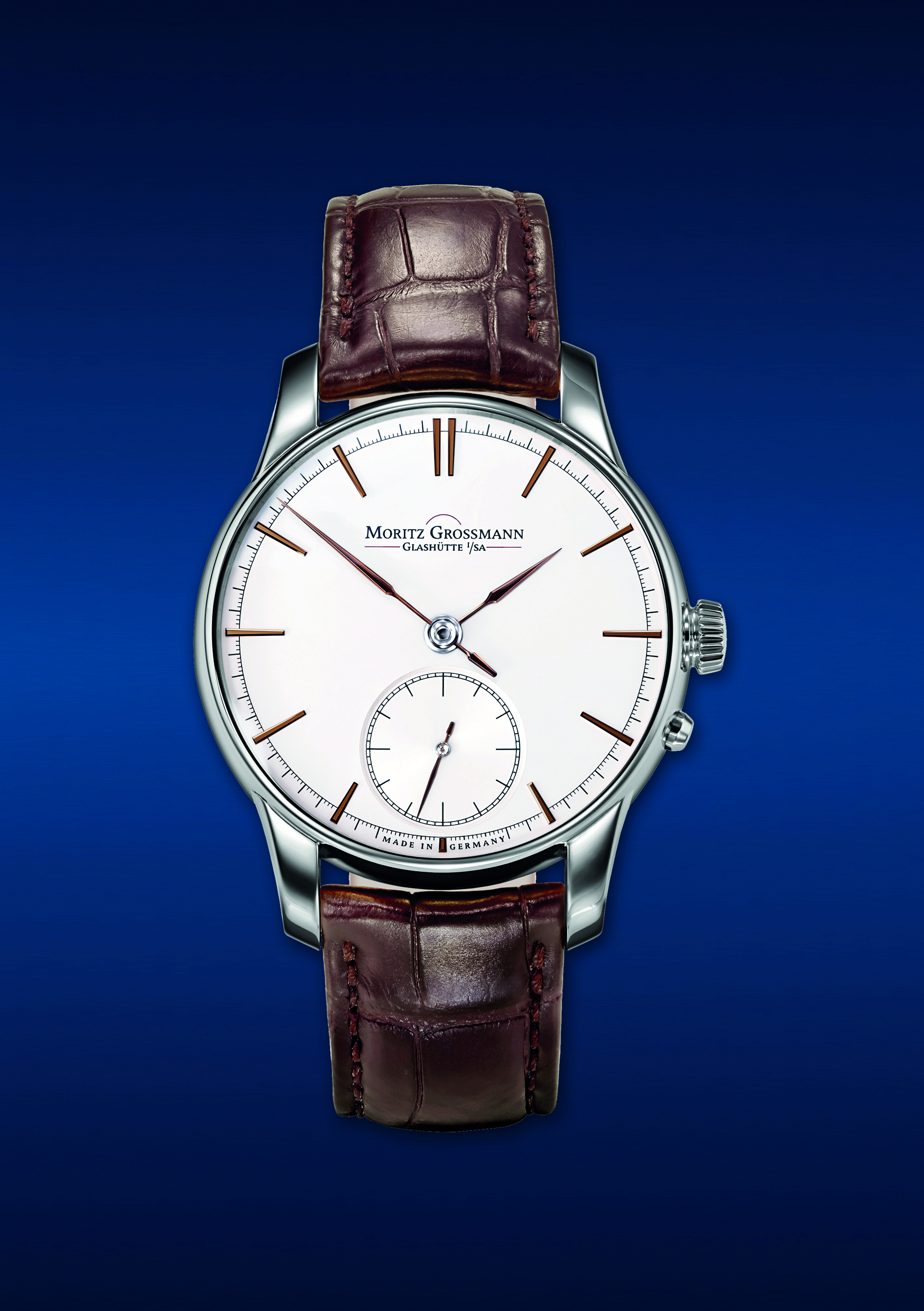 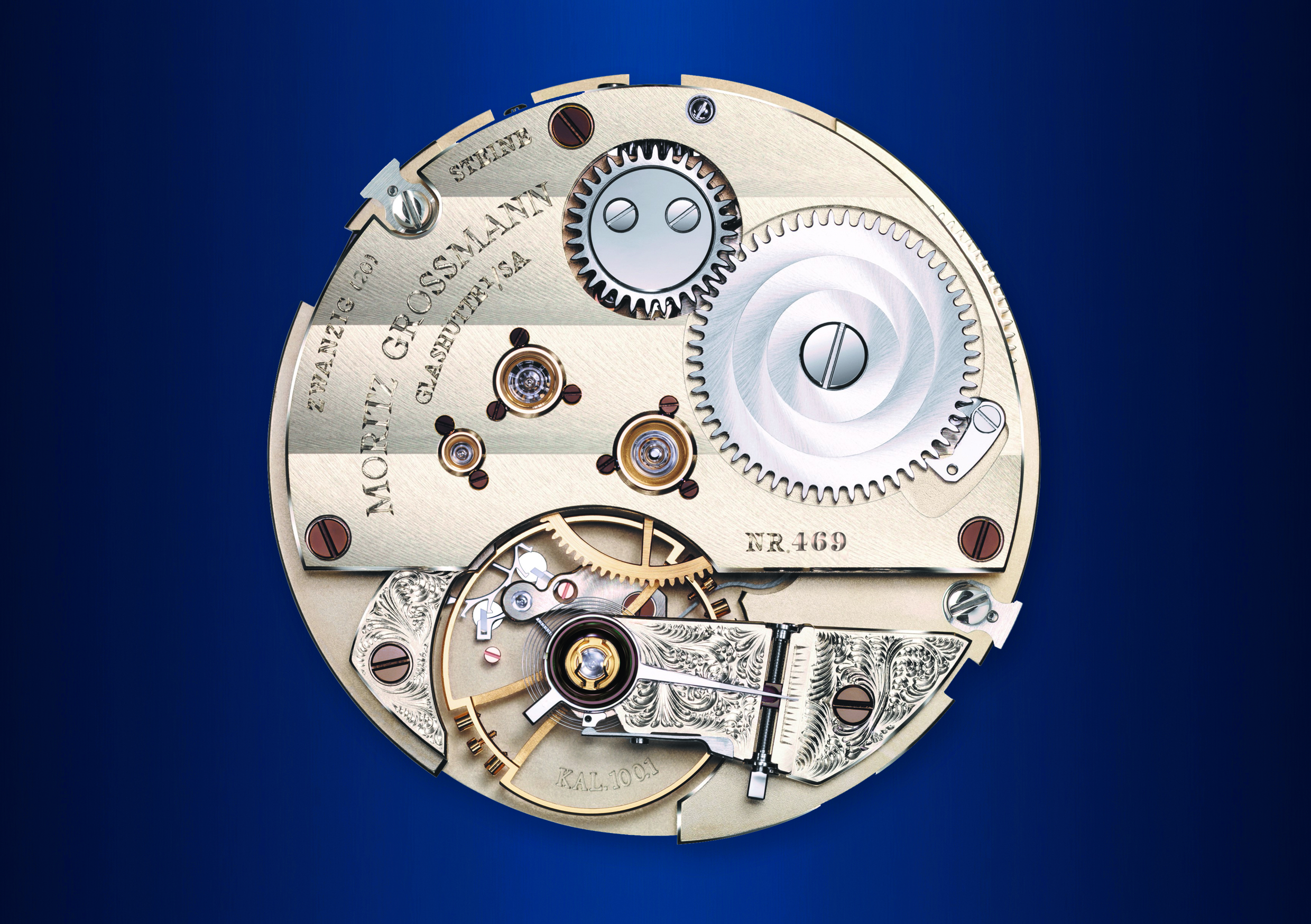 Grossmann Atum white dial with brown indices. Front and movement.  The finish of these watches is impeccable.

About Moritz Grossmann Uhren:
Moritz Grossmann, born in Dresden in 1826, was deemed a visionary among Germany’s great horologists. In
1854, his friend Ferdinand Adolph Lange persuaded the young, highly talented watchmaker to establish his own
mechanical workshop in Glashütte. Apart from building a respected watchmaking business, Grossmann was
committed to political and social causes. He established the German School of Watchmaking in 1878. Moritz
Grossmann passed away unexpectedly in 1885, after which his manufacture was liquidated.

The spirit of Moritz Grossmann’s horological traditions sprang back to life in 2008 when trained watchmaker
Christine Hutter discovered the venerable Glashütte brand and had it re-registered. She developed concepts and
was inspired by the vision of reviving Grossmann’s legacy more than 120 years later with a particularly exquisite
wristwatch. And she convinced private watch enthusiasts to support her in making this dream come true. On
11 November 2008, she incorporated Grossmann Uhren GmbH in Glashütte.

At Grossmann, gifted watchmakers are preserving traditions without copying historic timepieces. With
innovation, superb craftsmanship, a combination of traditional and contemporary manufacturing methods as
well as precious materials, they celebrate “Schönstes deutsches Handwerk” with their watches. 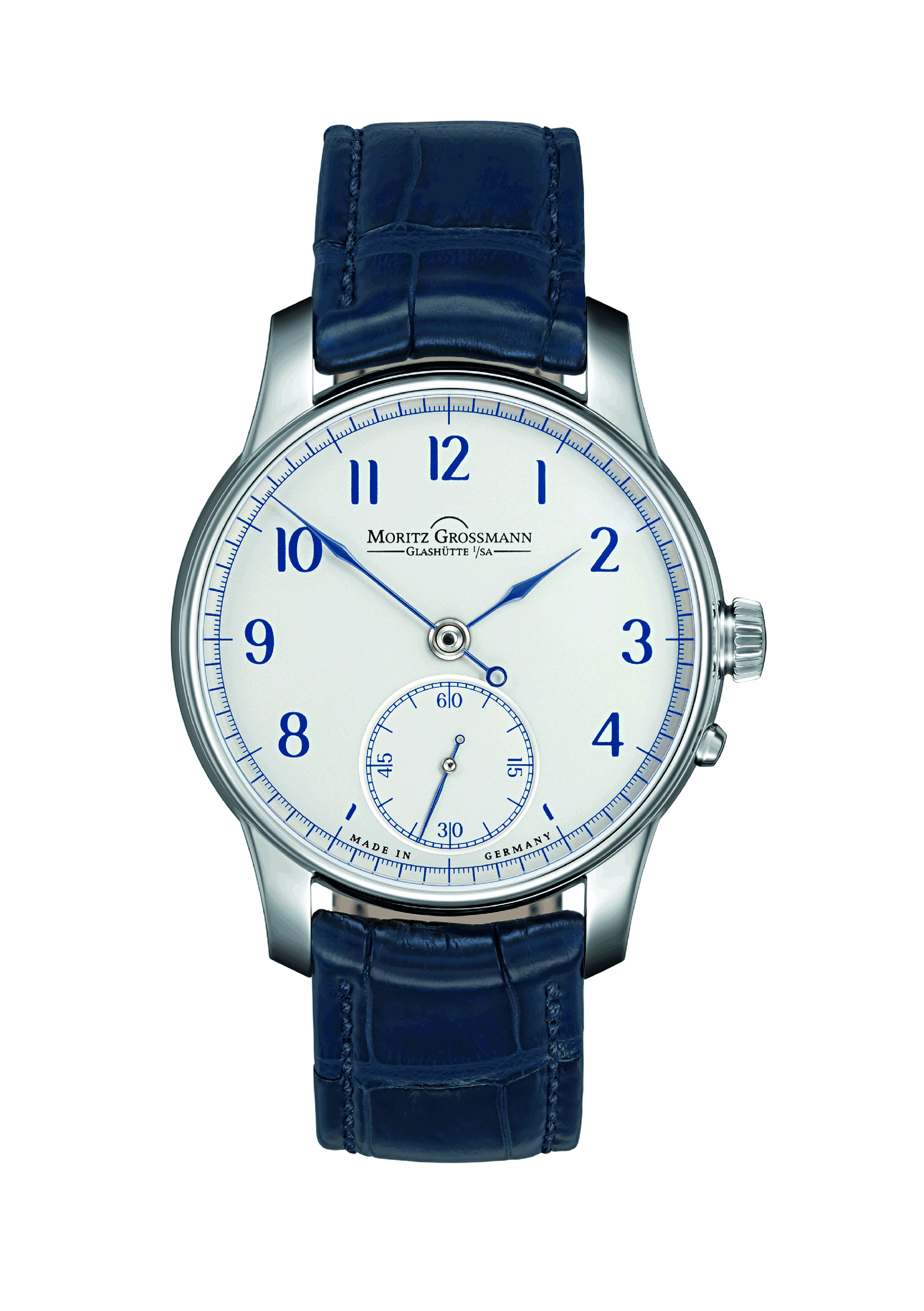 Grossmann Benu in steel with white dial and blue indices and blue hands.

About Christie’s
Christie’s, the world’s leading art business, had global auction, private and digital sales in the first half of 2018
that totalled £2.97 billion / $4.04 billion. Christie’s is a name and place that speaks of extraordinary art,
unparalleled service and international expertise. Christie’s offers around 350 auctions annually in over 80
categories, including all areas of fine and decorative arts, jewellery, photographs, collectibles, wine, and more.
Prices range from $200 to over $100 million. Christie’s also has a long and successful history conducting private
sales for its clients in all categories, with emphasis on Post-War & Contemporary, Impressionist & Modern, Old
Masters and Jewellery.
Alongside regular sales online, Christie’s has a global presence in 46 countries, with 10 salerooms around the
world including in London, New York, Paris, Geneva, Milan, Amsterdam, Dubai, Zürich, Hong Kong, and
Shanghai.

*Please note when quoting estimates above that other fees will apply in addition to the hammer price – see
Section D of the Conditions of Sale at the back of the sale catalogue.

For more information, please visit the website of Moritz Grossmann: