Blancpain presents a new Fifty Fathoms MIL–SPEC model in a limited edition produced in collaboration with Hodinkee. Inspired by the first Fifty Fathoms MIL–SPEC timepieces created in the second half of the 1950s, this re–edition is characterised by an authentic and minimalist design highlighting the Manufacture’s technical expertise in the field of diver’s watches.This 250–piece special series is available in Blancpain Boutiques in the United States as well as online via the Hodinkeeshop website. This new interpretation of the MIL–SPEC model embodies the origins of the Fifty Fathomscollection and stands out for its pure design. 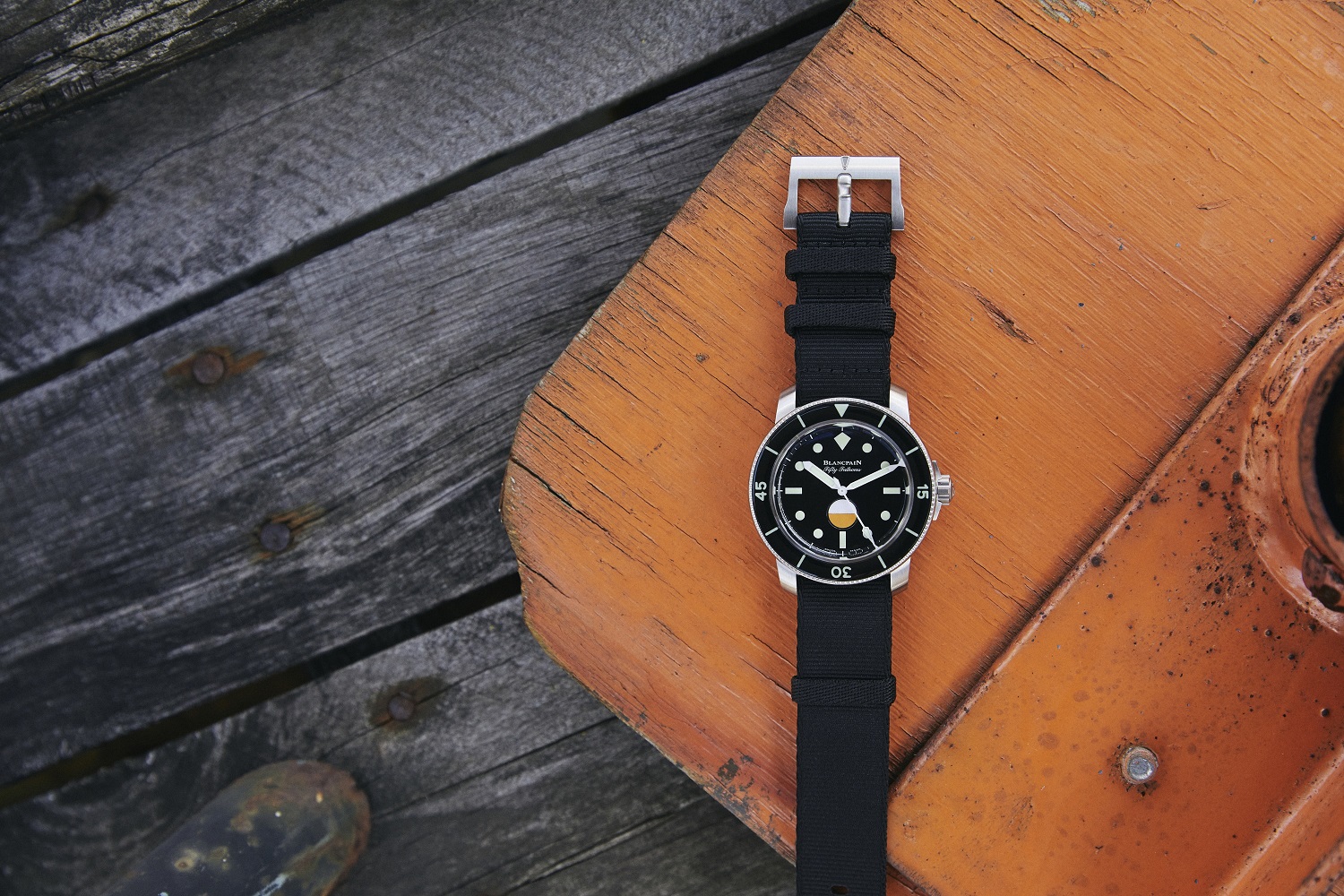 The 40.3 mm–diametersatin–brushedsteel case is distinguished by the absence ofthe Blancpain signature traditionally engraved on the case middle at 9 o’clock. Moreover, the notching generally adorning the bezel is more discreet on this version of the timepiece, and the matt black dial is also devoid of the date display usually found between 4 and 5 o’clock. These stylistic choices give pride of place to the vintage look of this watch, which bears the emblematic attributes of the Fifty Fathoms models launched in the 1950s. Visibility,safety, watertightness and robustness were the fundamental specifications established by the first Fifty Fathoms born in 1953, which became the benchmark for diver’s watches in the modern era. The new MIL–SPEC model faithfully reflects these distinctive characteristics. This is particularly evident on its dial, where the hours, minutesand seconds indications stand out clearly thanks to luminescent hands and hour–markers. Its unidirectional rotating bezel –an indispensable attribute for precise measurement of immersion time –also features a Super–LumiNova®–enhanced graduated scale protected by a rounded sapphire insert. 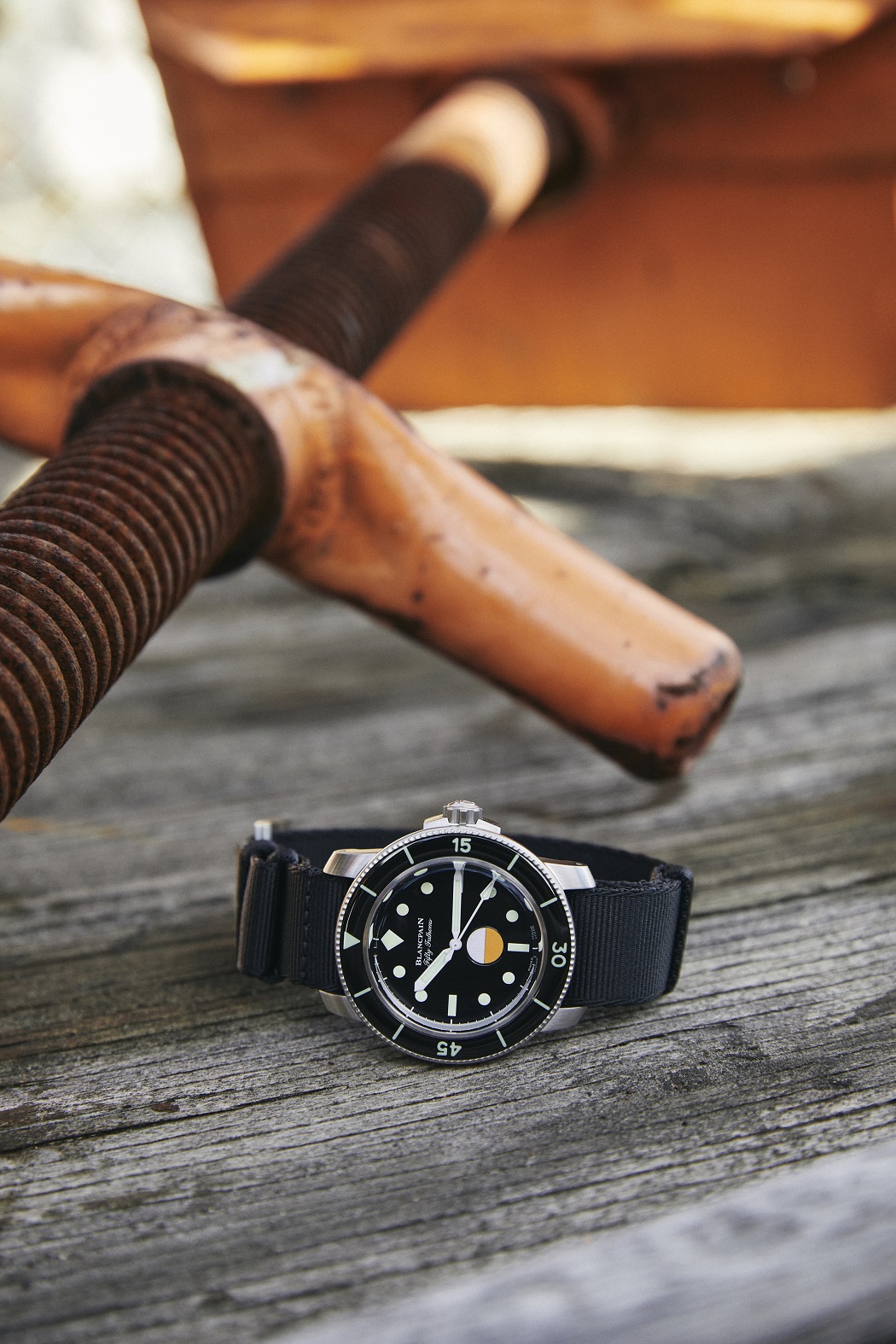 Water–resistant to 300 metres and offering all the technical guarantees of a diving instrument, this timepiece is equipped with the self–winding in–housecalibre 1154,a date–free version of calibre 1150. Insensitive to magnetic fields thanks to the use of a silicon balance–spring, this mechanism is endowed with a four–day power reserve and reveals its components through a sapphire crystal caseback. In addition to these features, the typical MIL–SPEC moisture indicatorappears at 6 o’clock, serving to alert the wearerto anyhumidityseeping intothe case by switching from white to red. This Blancpain invention was developed in the 1950s to complement the specifications already defined by the 1953 Fifty Fathoms, which was tested and adopted that same year by the French Army Combat Diving Corps. Following this initial success and in order tocontinue meetingthe most stringent military requirements, Jean–Jacques Fiechter–Blancpain’s CEO between 1950 and 1980 –developed a moisture indicator system which was made famous by the first MIL–SPEC model presented in 1957–58. 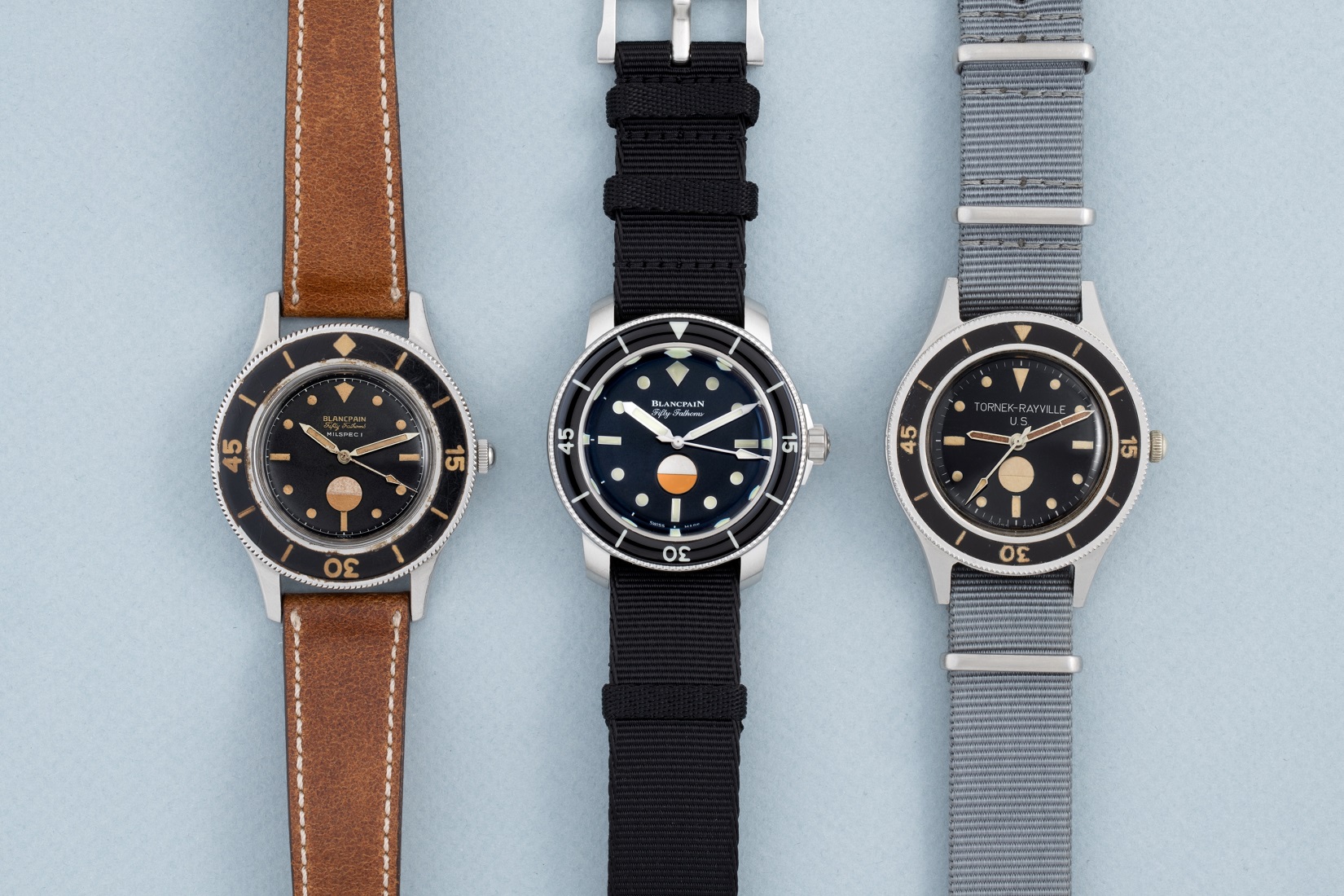 After a series of tests and two reports published in 1958 and 1959 respectively, the US Navy statedthat the Fifty Fathoms MIL–SPEC watch was the only one to give virtually complete satisfaction and meet all the criteria established for its underwater missions. The MIL–SPEC models thus found themselves on the wrists of American combat divers, and in particular members of the elite UDT and Navy Seals units. The moisture indicator became a standard requirement for the US armed forces and thus an essential part of all the models dedicated to them. 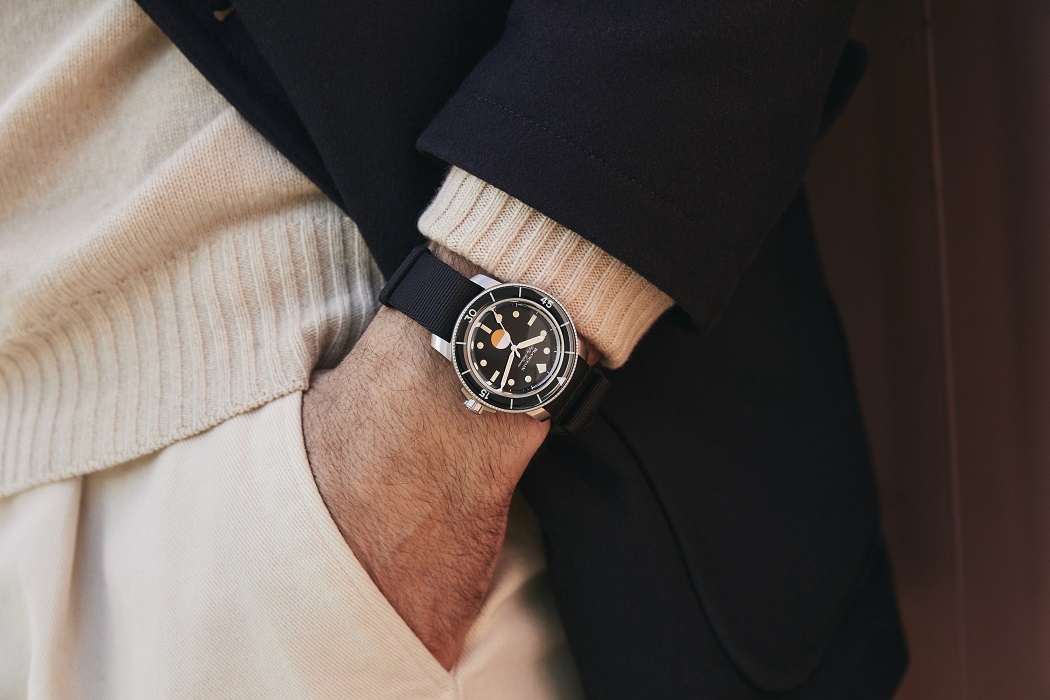 (Pictures and information courtesy of Swatch Group and Blancpain)