The situation is unusual to say the least. Is it right to launch a new timepiece in this context? Some will say no. Others will say yes, absolutely, life must go on.

The whole team at MB&F is fully aware – and directly impacted – by the magnitude of the COVID-19 crisis, but they’ve decided to make the best of it and forge ahead.

A rounded, compact body of titanium or red gold, coupled with a generous ration of sapphire crystal. Two prominent aluminium time-display “eyes”, rolling at anyone who dares look its way. A collar studded with projections that allow you to wind the mainspring or set the time. Stout but flexible “legs” that wrap firmly around your wrist. A big heart beating steadily at 2.5Hz (18,000vph). And a massive jaw that opens and shuts, showing you how much power your canine friend has in store: fully closed tells you that he’s wound down and ready for a nap. If you can clearly see the rows of shining teeth, get ready, because Bulldog is full of energy.

One final piece of advice for those who come across HM10 Bulldog is engraved on its body. The beast may be intimidating, but it ultimately exists in service of another: “Forget the dog, beware of the owner”. 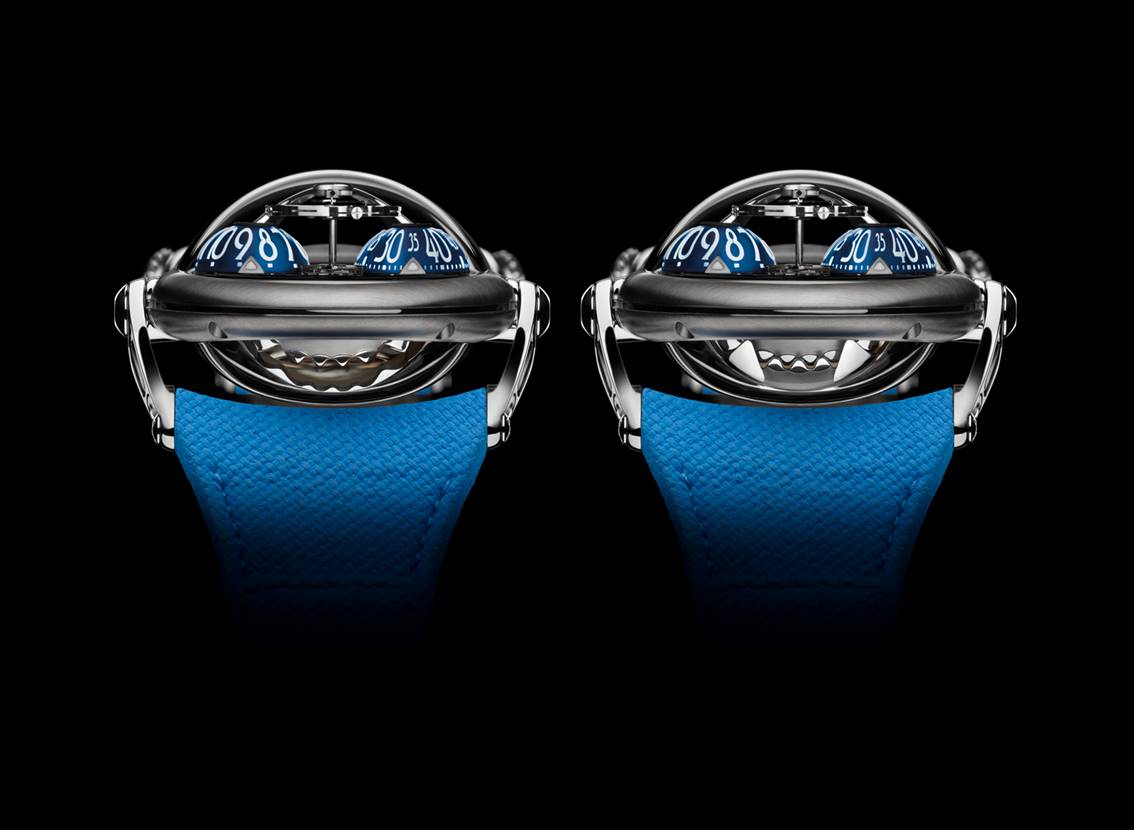 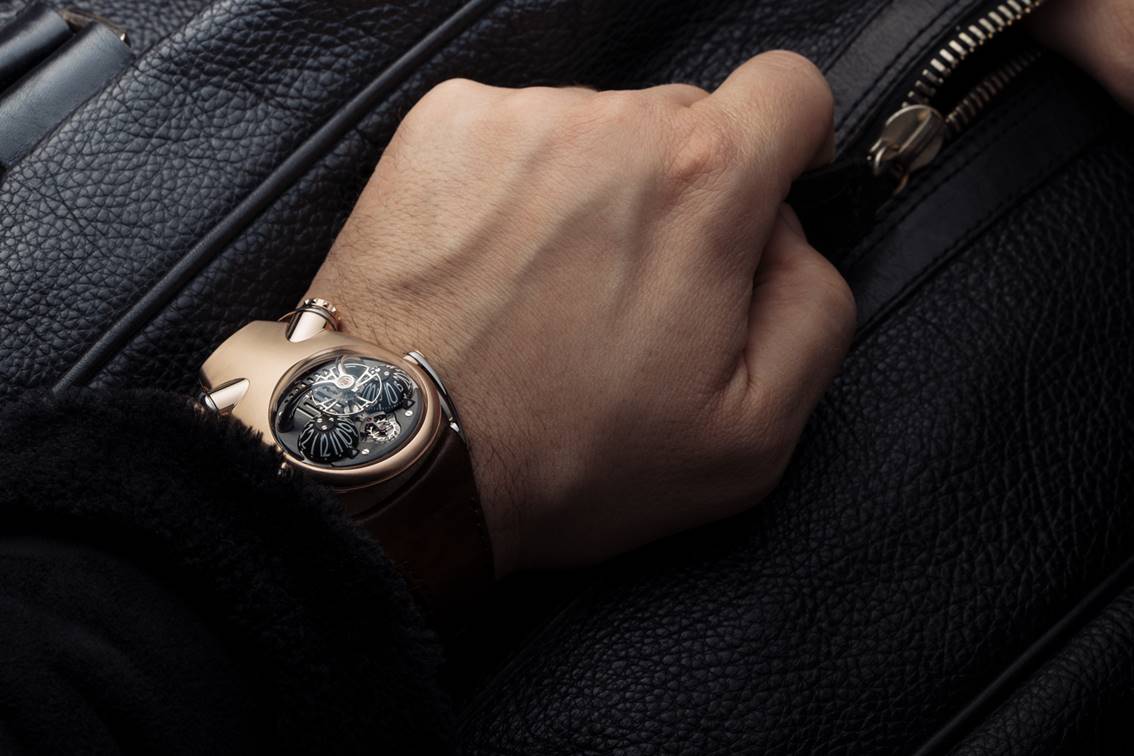 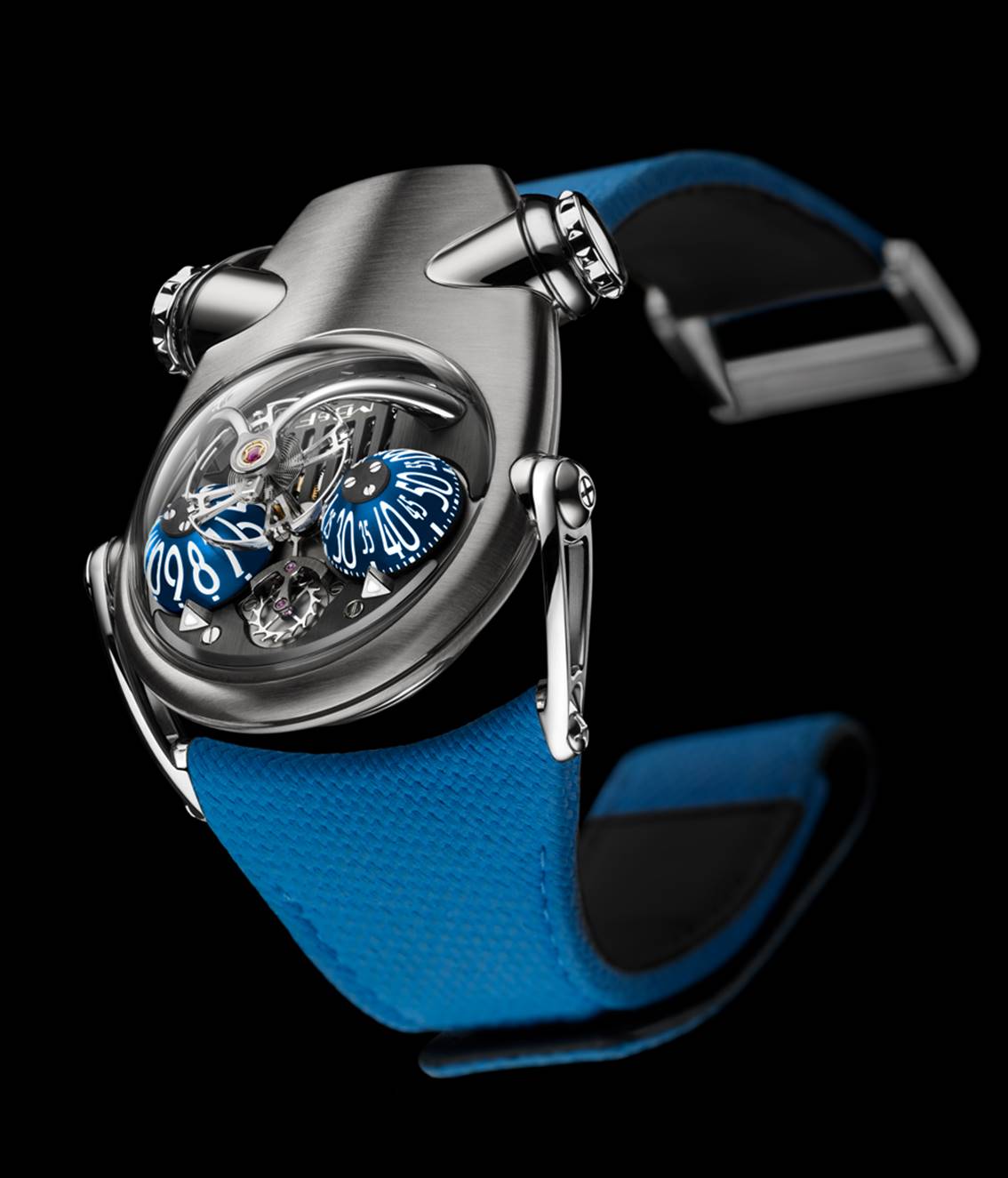 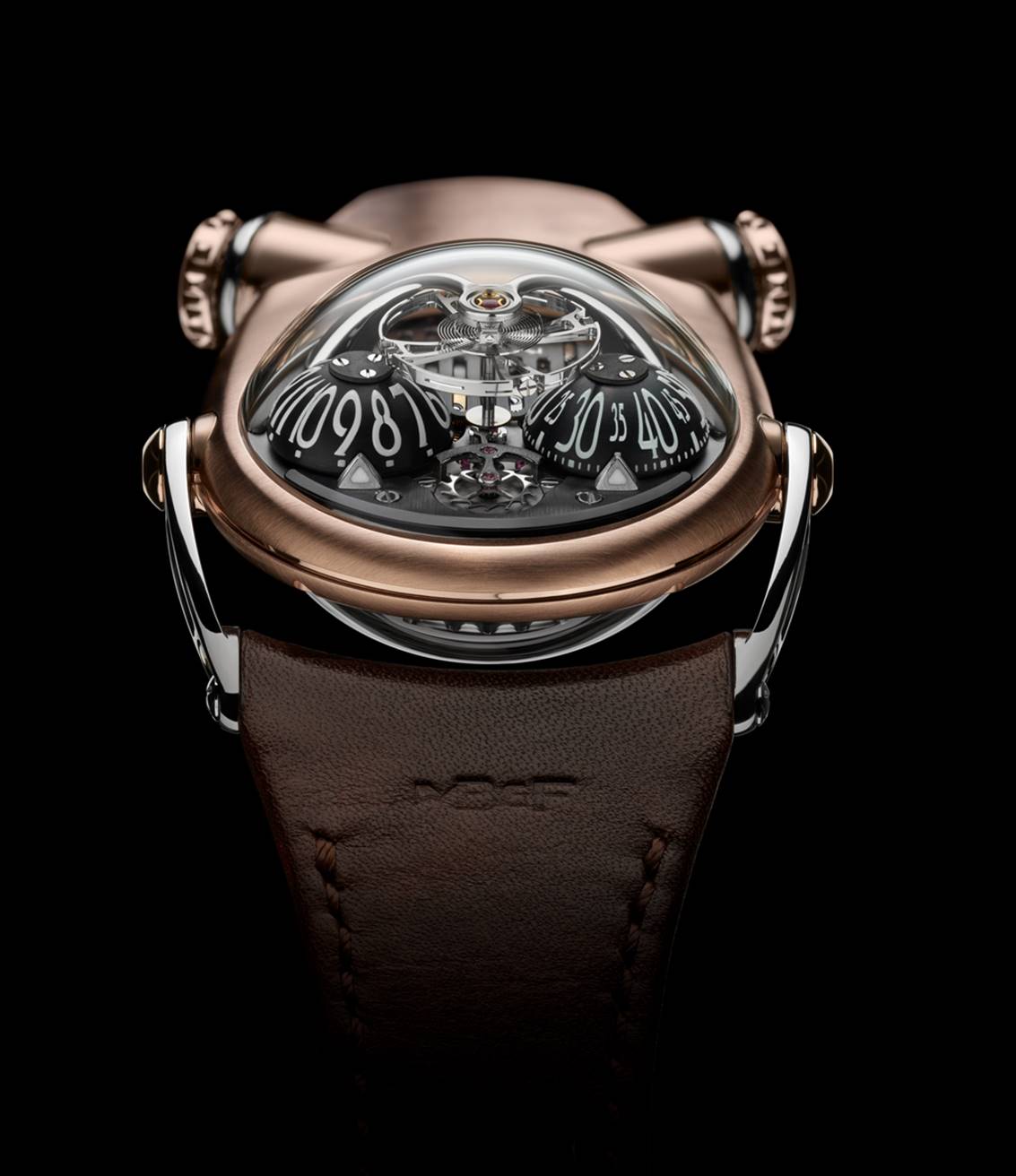 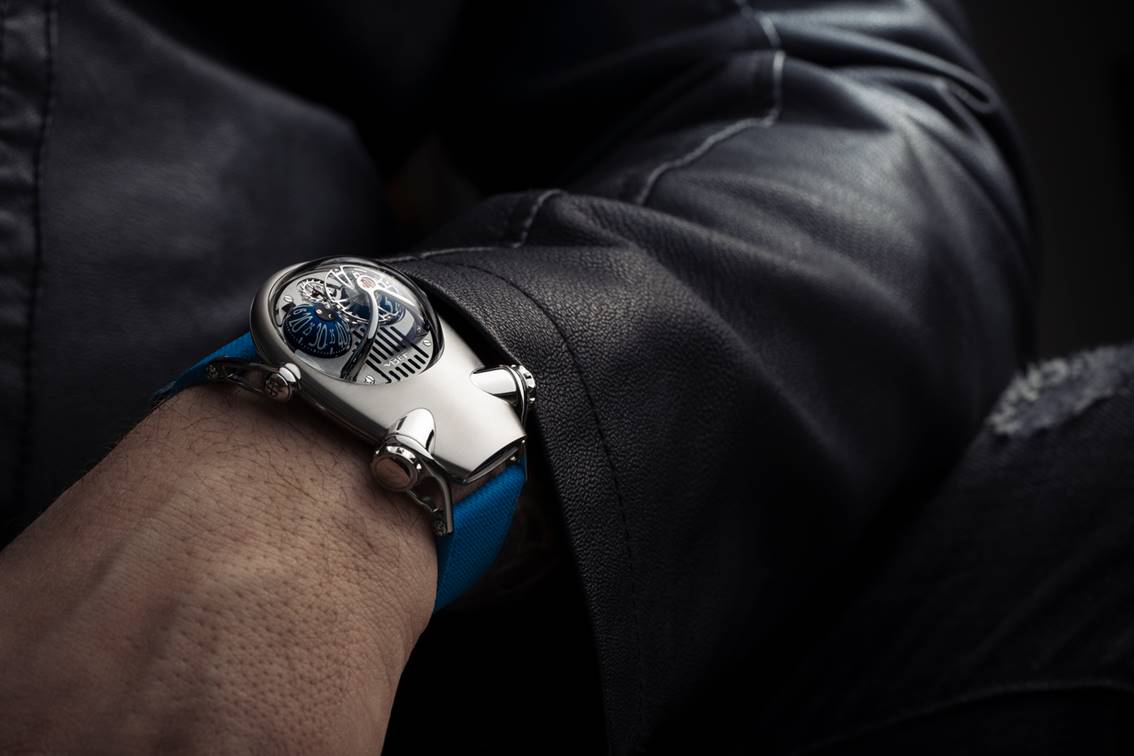 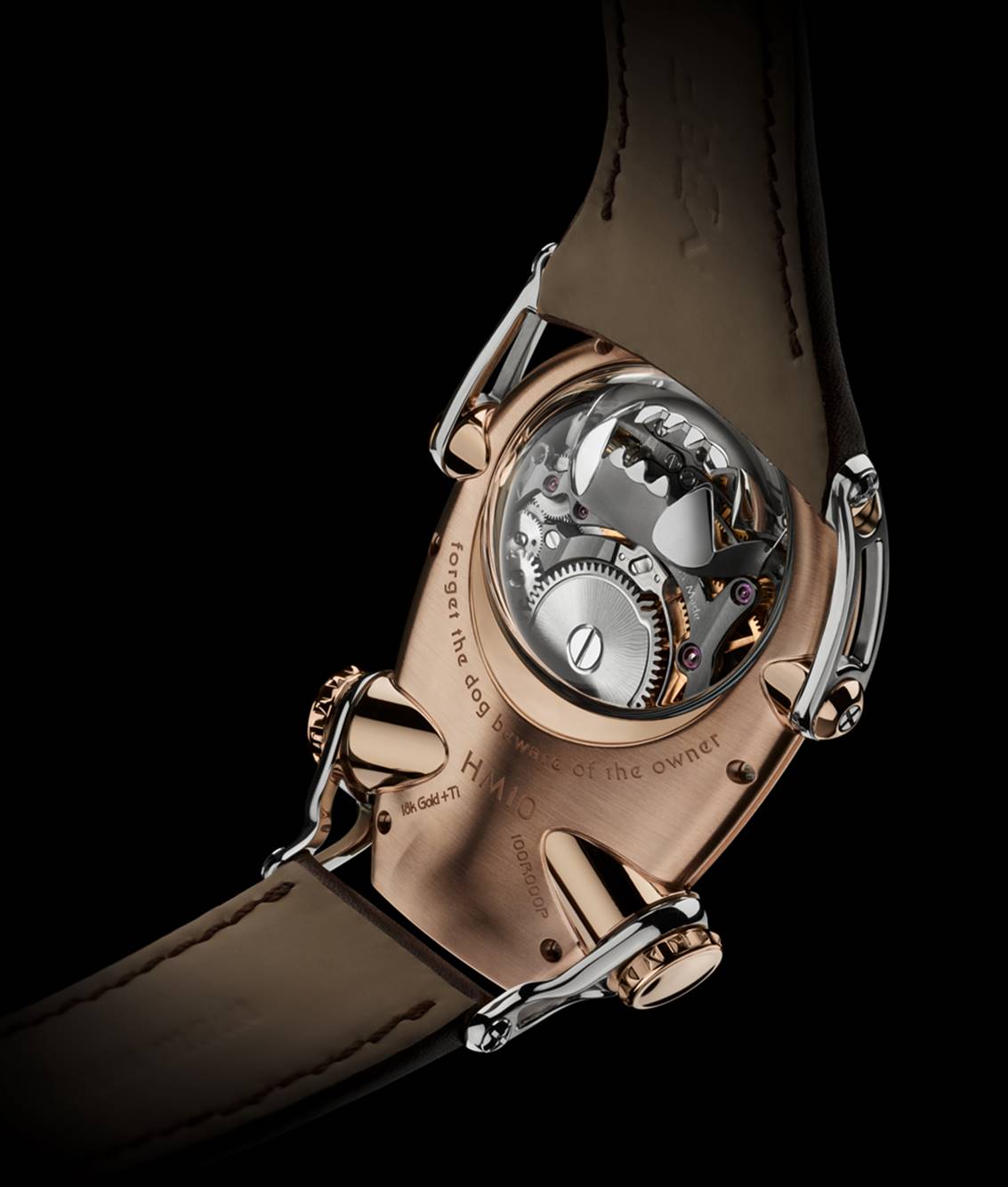 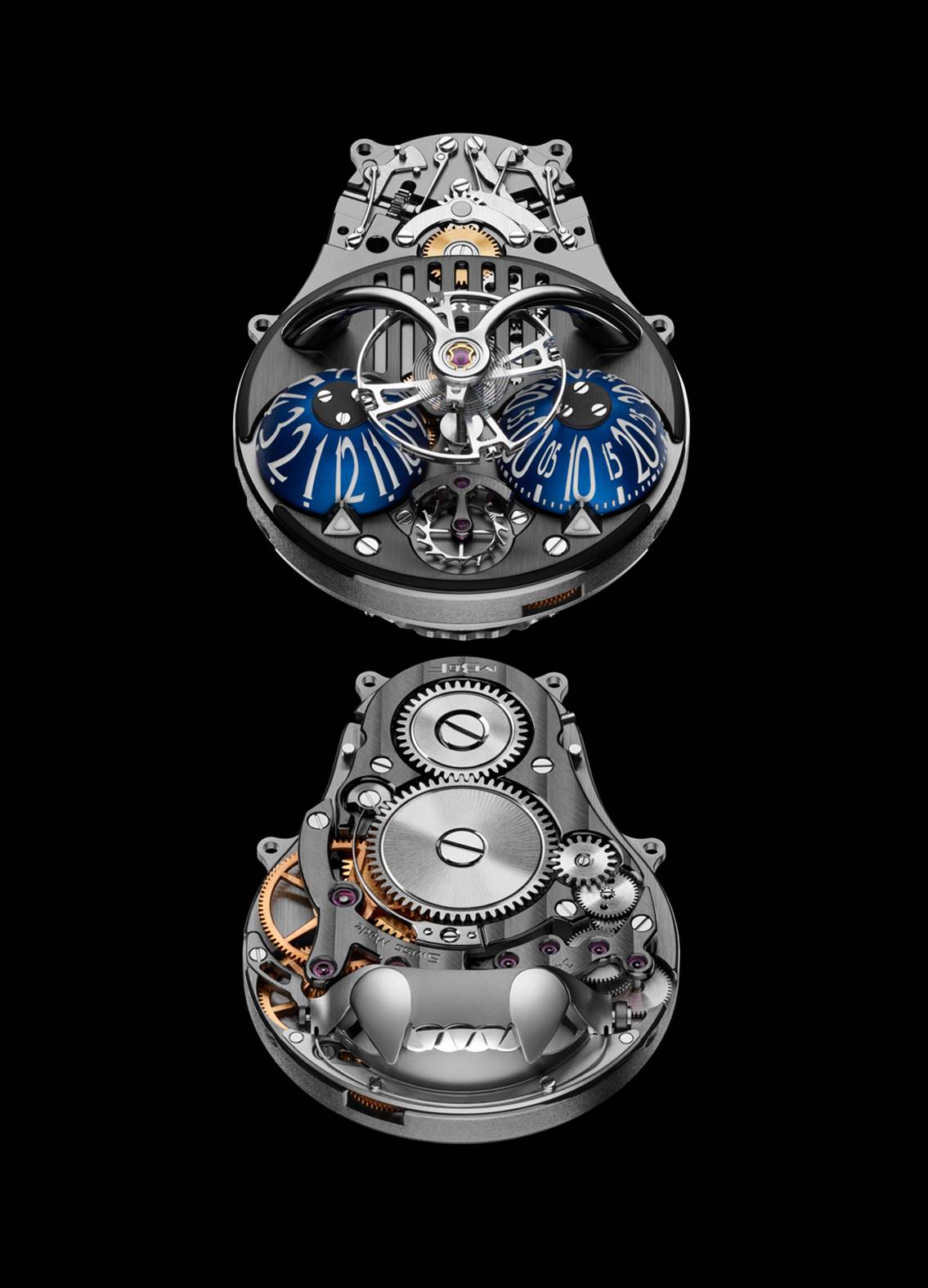