Two years ago, MB&F presented Horological Machine N°9, nicknamed HM9 ‘Flow’: a tribute to the extraordinary automotive and aeronautic designs of the 1940s and 50s. The result was a case like no other that echoed the epoch’s flowing, aerodynamic lines. At the time, even though HM9’s external appearance probably caught most of your attention, MB&F founder Maximilian Büsser described the engine inside as “the most beautiful movement we’ve created to date”. The logical next step was to encase those mechanics in a transparent shell… 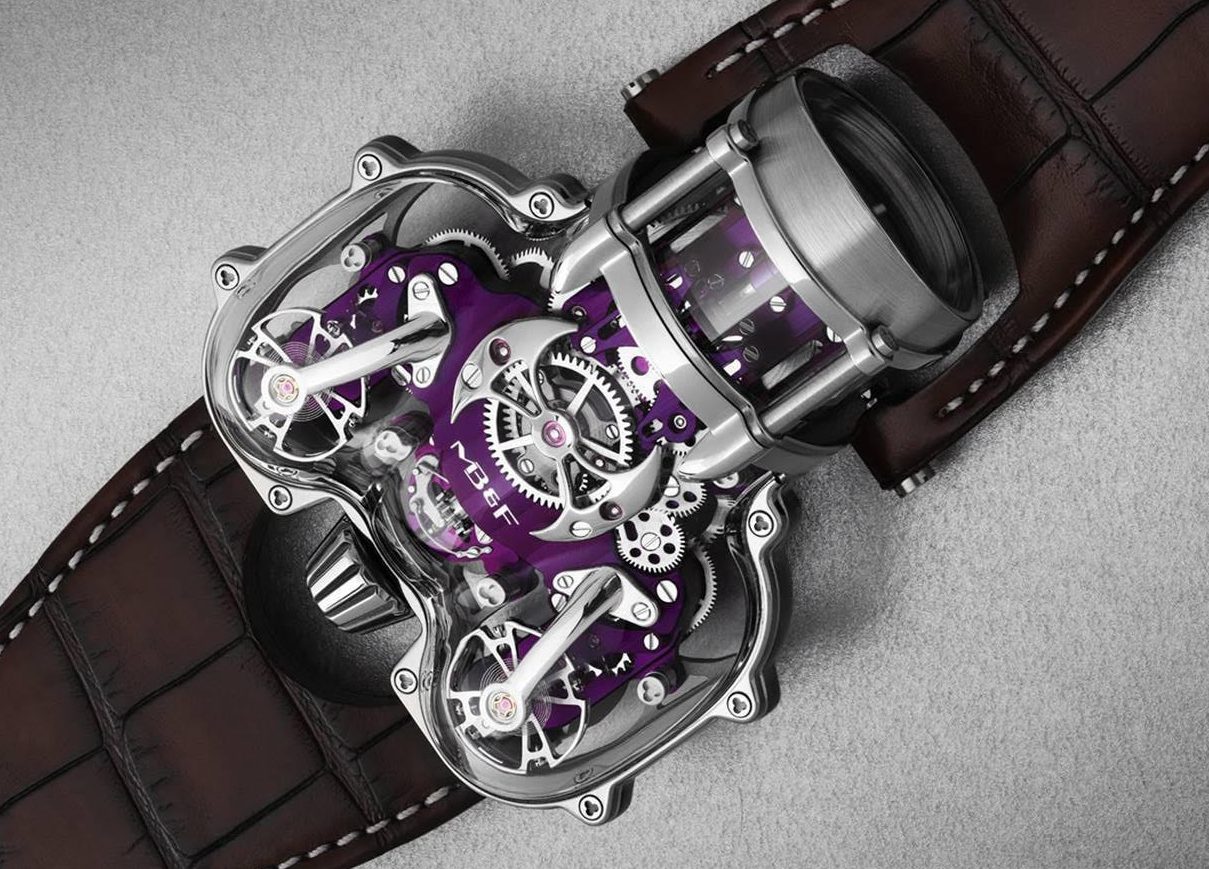 So why did it take them two years to finally propose an HM9 case in sapphire crystal? The answer is simple: it was theoretically impossible. If you look closely at other sapphire cases, they are essentially composed of two flat slabs screwed together. The HM9 case is anything but flat – it’s all about curves and bubbles. Thanks to our many years of experience with complex sapphire crystals – and with the precious help of our specialised Friends – we were finally able to crack the conception, machining and polishing of a transparent HM9 case that stayed true to its flowing lines. 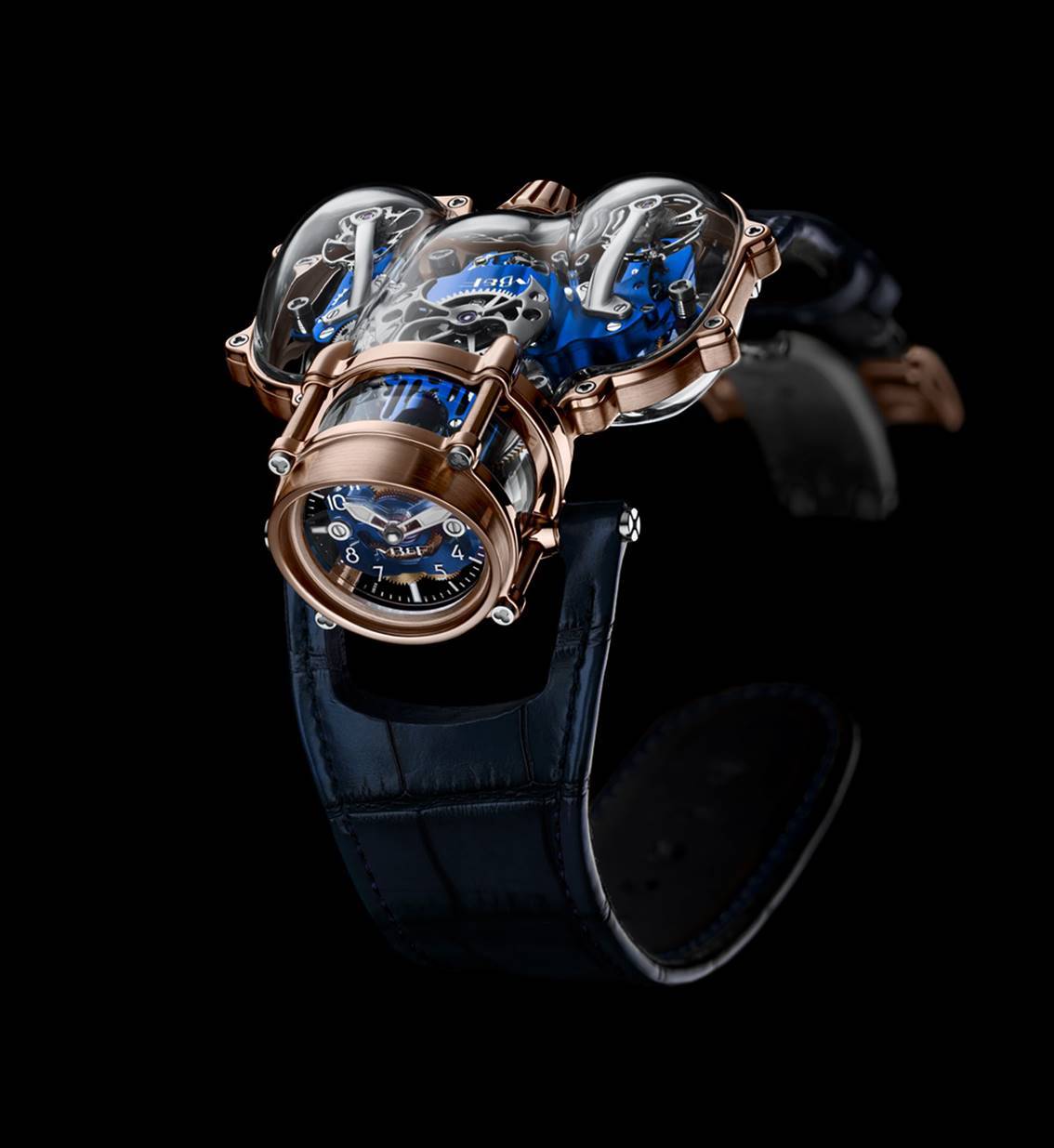 To make things even more challenging, the minimum requirement of any MB&F case is 30m of water resistance. HM9’s sapphire crystal hull is sealed with a proprietary combination of patented three-dimensional rubber gasket and high-tech compound bonding, mastered thanks to an in-house process involving a vacuum and high temperature. 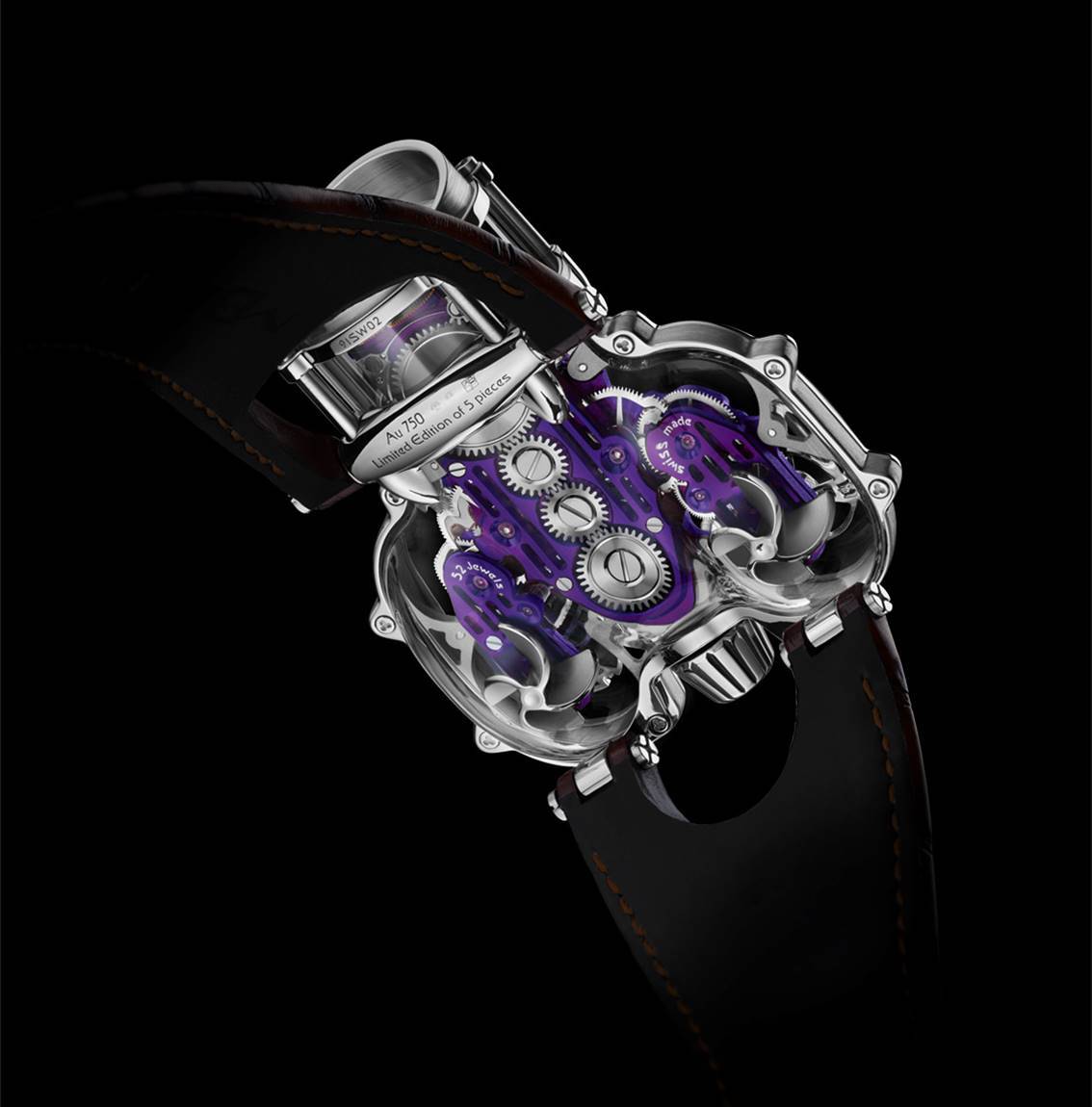 Inhabiting the transparent case, the HM9 movement, starring two fully independent balance wheels, each located in its own lateral pod. But the real brain is the central planetary differential, performing the delicate task of averaging two distinct heartbeats into one coherent time-pulse. That pulse is delivered via conical gears to the vertical time display on a sapphire crystal dial, marked with Super-LumiNova. On the reverse, co-axial beneath each of the balances are propellers: twin turbines that spin freely as an element of pure visual interest, waiting for someone to begin a new type of exploration. Two years after the initial HM9 Flow ‘Air’ and ‘Road’ editions conquered land and sky, HM9-SV takes us to the depths of the ocean: before you is an exploratory vessel from Atlantis!

Have a look at how those different materials and finishes play with light in this video. 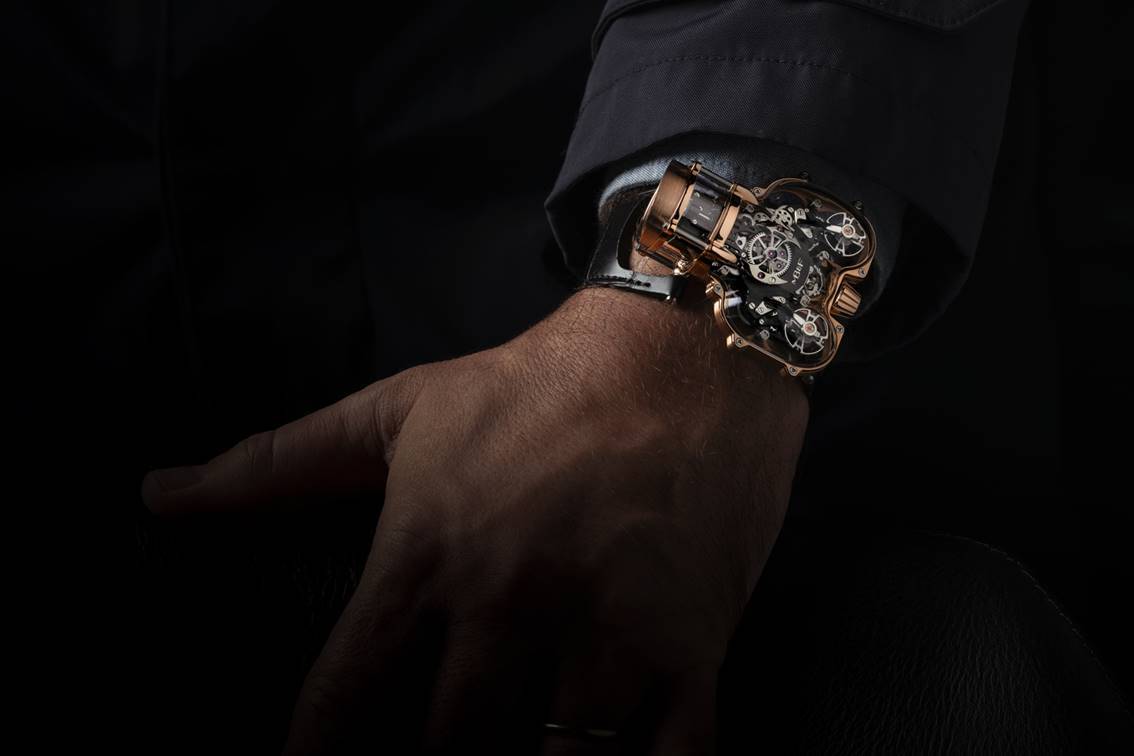