Courtesy to Jack, a vintage watch collector who has a Faible for the exotic and rare pieces, I am able to present to you today what has to be the rarest Blancpain Fifty Fathoms from the earliest days of the introduction of this watchmodel. 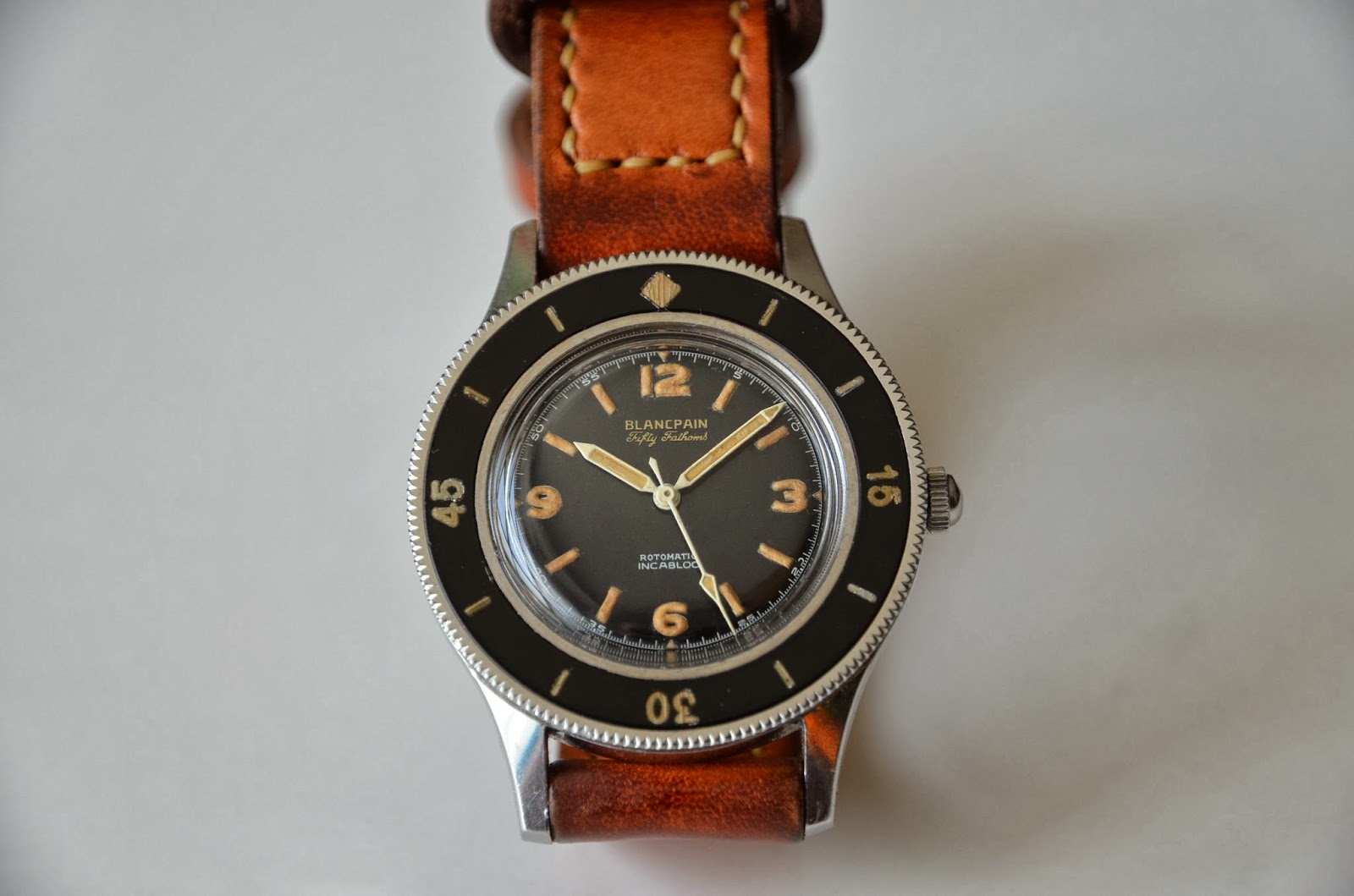 You don’t see these often and I do not exactly know how many still exist, but this is the first time I see this watch. 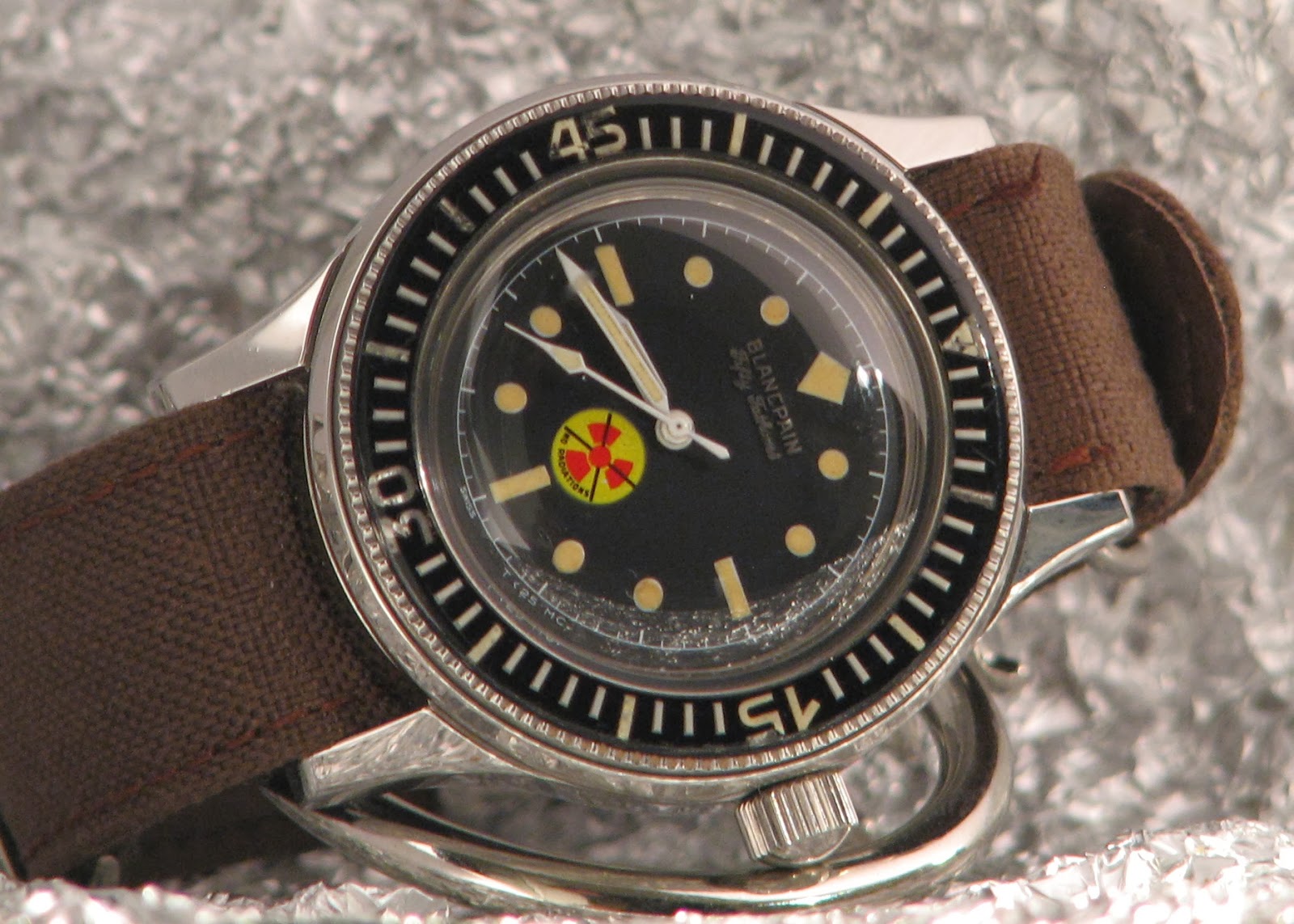 While I know the antiradiation logo Fifty Fathoms like the one above, the one below from Jack is a lot rarer and much more valuable.  But who am I to tell you, if you end up on this page, you most like know better than I do. 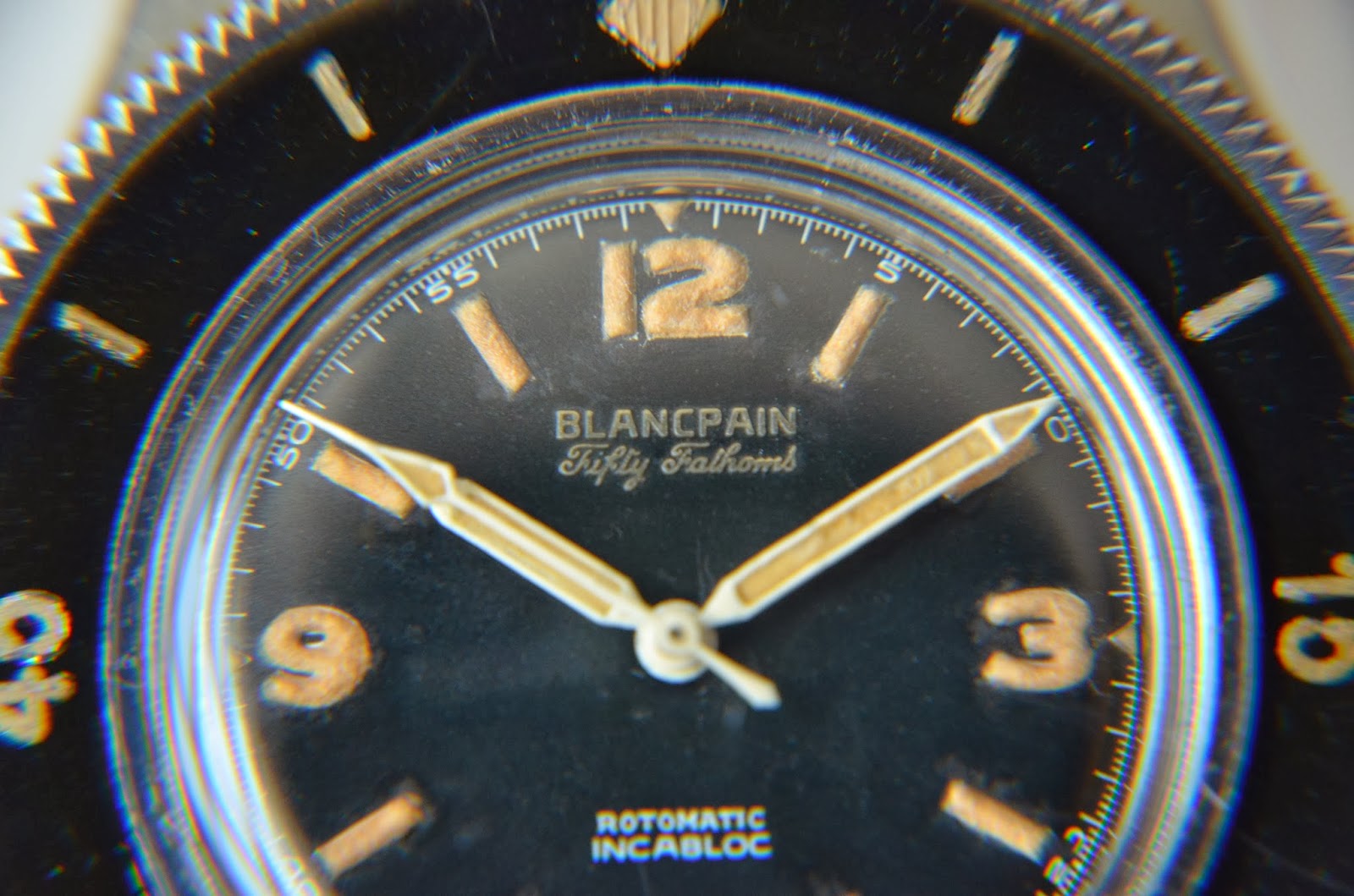 According to Jack, “this is one of the earliest FFs (FF=Fifty Fathoms) as evidenced by the small font bezel and it was produced for a very short period, from 1953 to roughly 1955. The serial number for this model seems to always appear to be 4 digit and hence there were rumours that the last 2 or 3 of the case number is actually the serial number.” 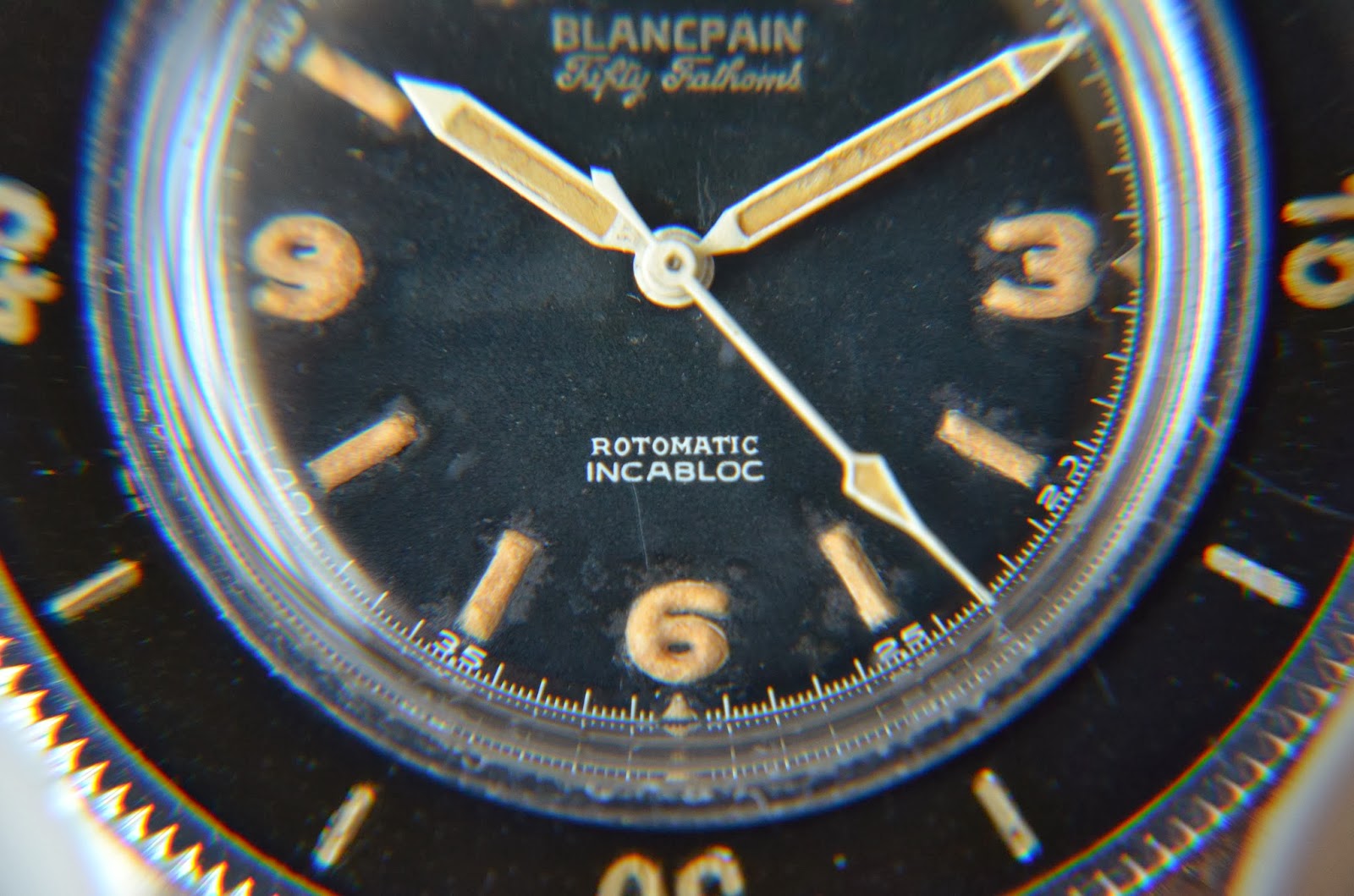 Jack told me that that “there were debates whether the Arabic fonts or the symbol markers were the first FF… My take is, the “symbols” dial were the longest produced ones and they are used from the late 50s to the 70s and it only seems that the Arabic markers were used on the earlier models.” 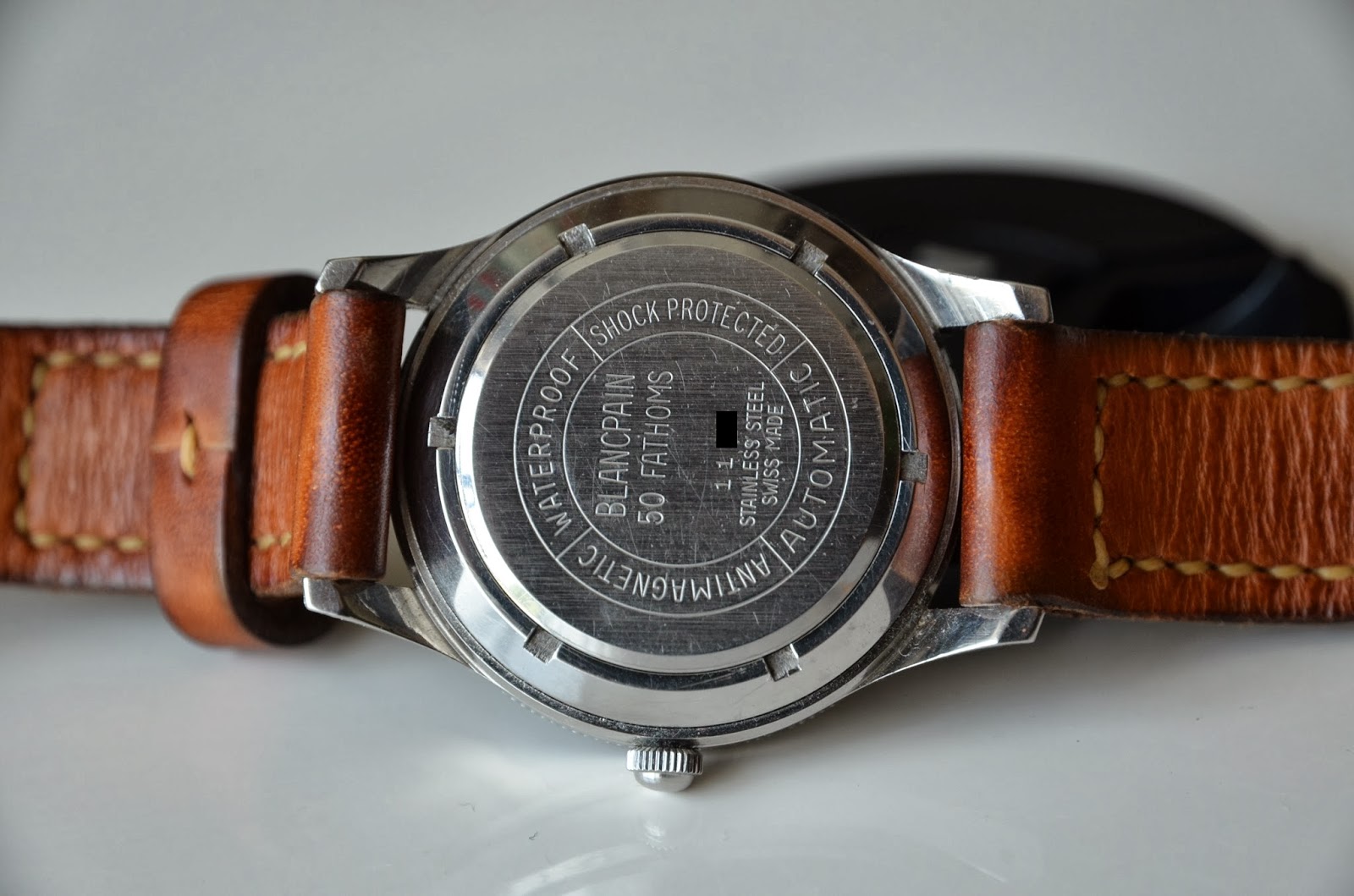 But the other side of the story is that Captain Bob Maloubier (the creator of the FF) used some military specs and blueprint and it should be the symbols… however, the mystery remains unsolved up to today…

Watch this Video of Monsieur Maloubier:

This Blancpain is truly a dream come true for a collector of Military timepieces.  Jack is a lucky man. 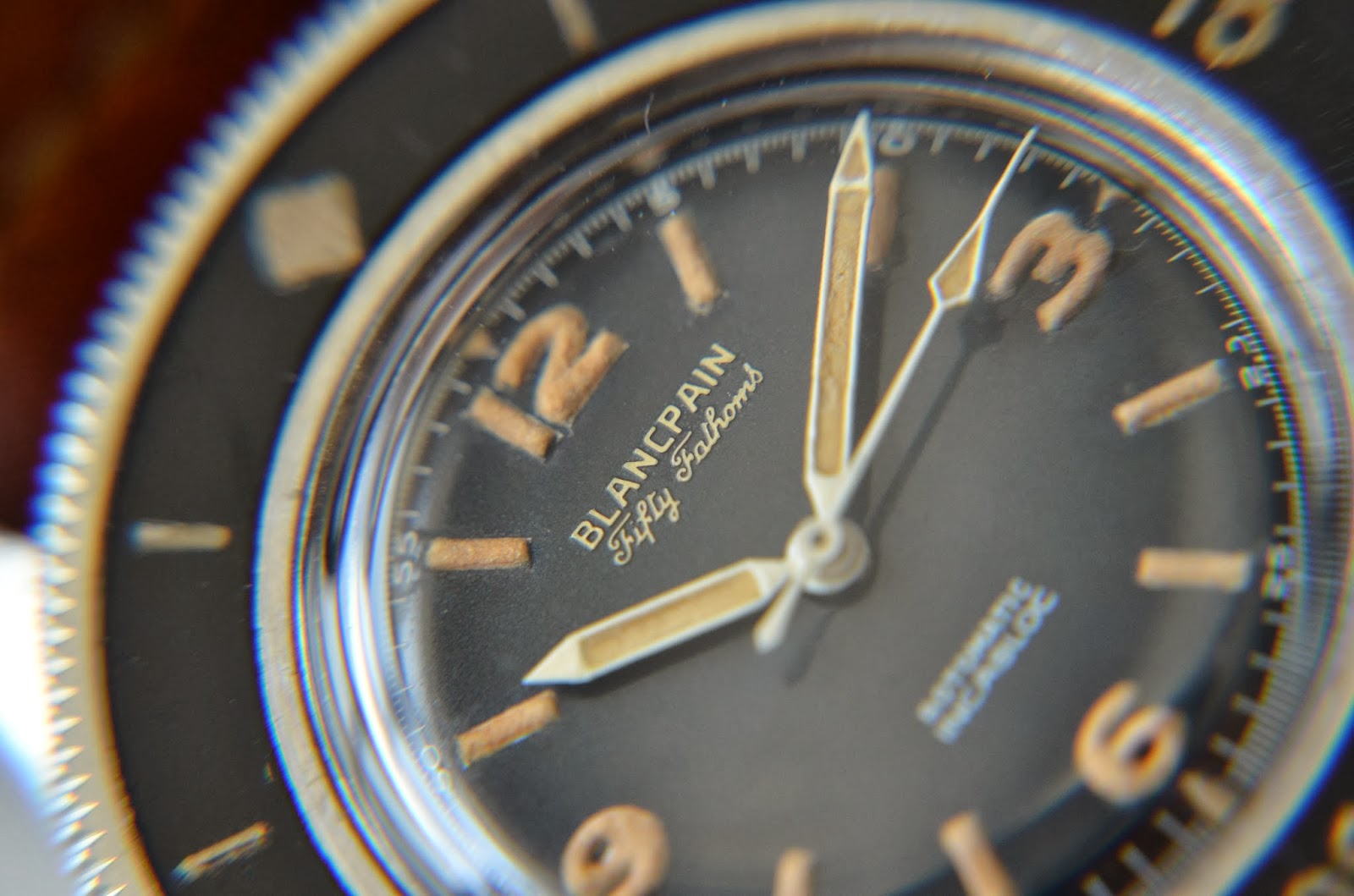