One such timepiece is the LM2, the latest horological machine from MB&F.

This watch is based on the heritage of some of the greatest masterwatchmakers in history including:

“The exalted double balance wheels of LM2 were inspired by one of the rarest mechanisms in the history of watchmaking: the dual regulator.” (Source)

Philippe Dufour, one of the most impressive watchmakers currently in Switzerland, has created a timepiece before with a dual Regulator.  I think it was only a unique Piece, but I am not sure, he may have created more than one.

Anyhow, what makes the LM2 even more amazing, is that “the average rates of Legacy Machine No.2’s dual regulators are transmitted by a differential to a single gear train, where the majority had two separate movements.” That is a very rare implemenation.

While LM1 was impressive with two Independent timezones which are set independently, the LM2 is probably even more amazing.

Well, talk is cheap, so take a look at this beautiful watch! 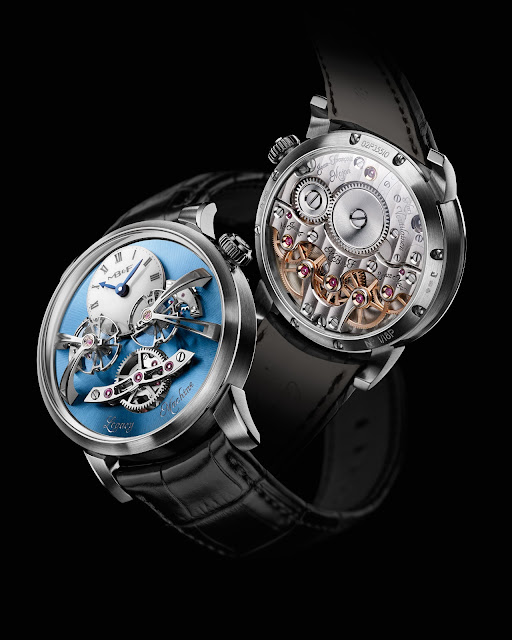 This is the Platinum Version with blue dial.  There are two other Versions in case you are curious as well.