Four years ago, Maximilian Büsser had a crazy idea. An idea that became one of the most important projects of our horological lab: bringing together two of the most talented watchmakers alive. On one side, a legendary innovator known for his unorthodox, jaw-dropping complications – and on the other side, the epitome of classic watchmaking and impeccable finishing. 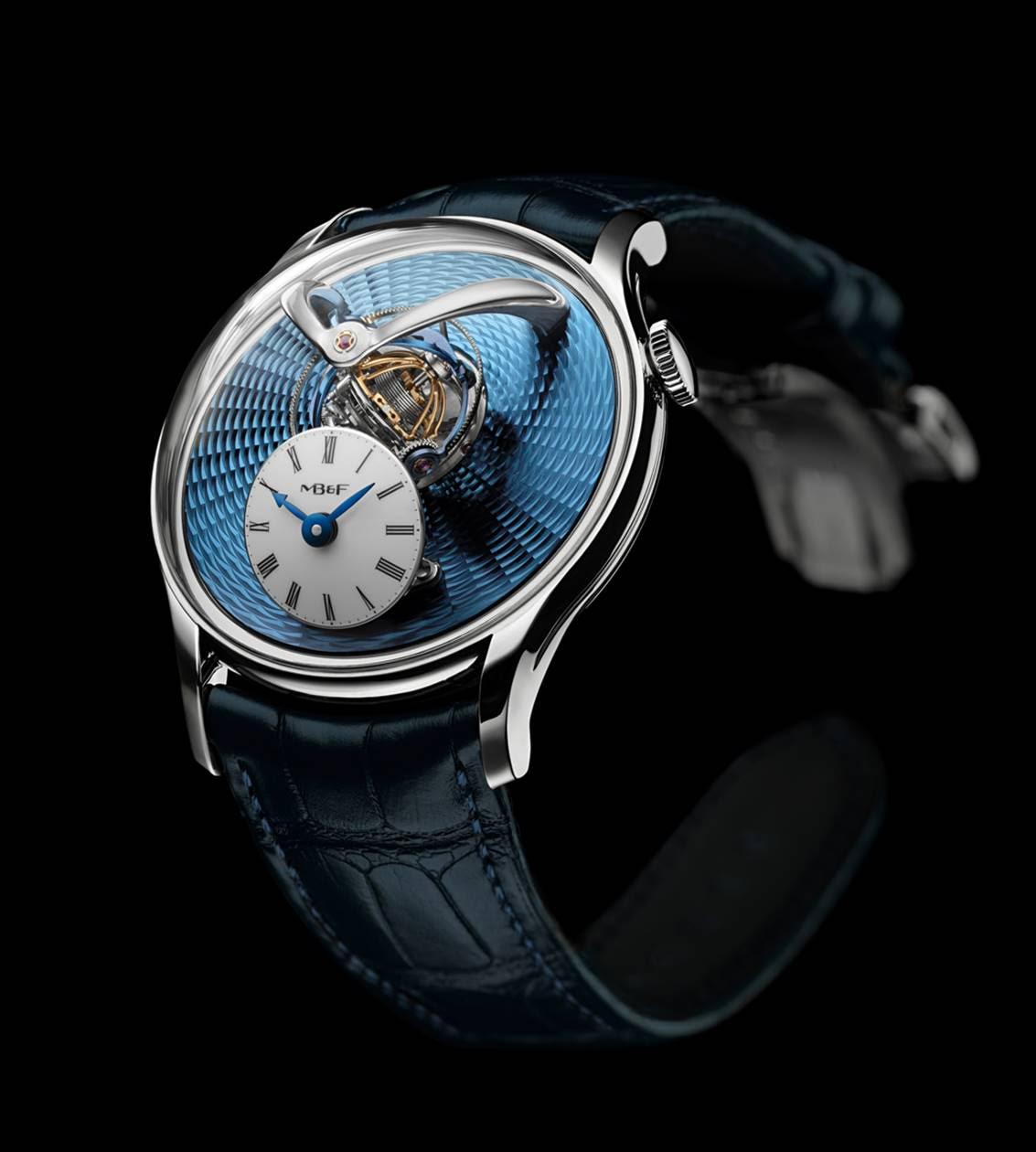 The brief to Eric was simple: make the craziest, most cinematic three-axis tourbillon ever. The result is a mechanism that goes beyond conventional tourbillons: the proprietary new MB&F ‘TriAx’ is the fastest 3-axis regulator to-date, with the outermost cage turning in 20 seconds, the intermediate one in 12 seconds, and the innermost in 8 seconds. A mechanical whirlwind. 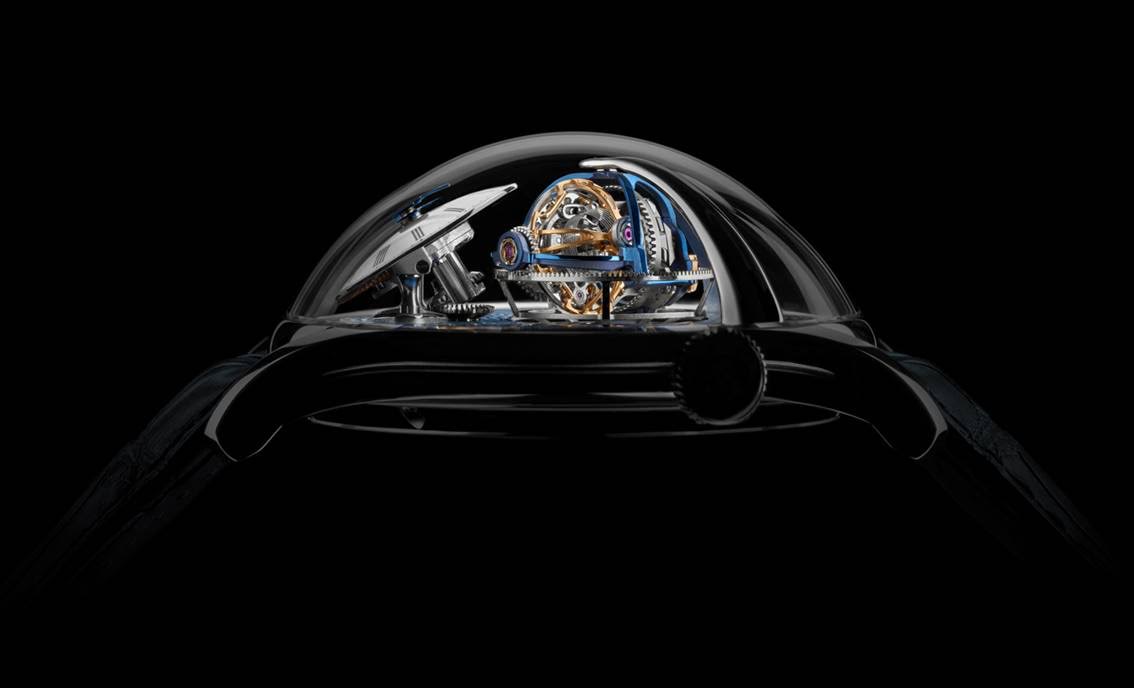 The spectacular construction – which includes an unprecedented combination of Potter escapement, hemispherical balance wheel and cylindrical hairspring – rises above the guilloché dial plate, crafted by hand in Kari Voutilainen’s workshops. Flip the watch over and you’ll discover the remaining 413 components that make up the LM Thunderdome movement. The triple-axis system may have been conceived by Eric Coudray, but its aesthetics are fully Kari Voutilainen. 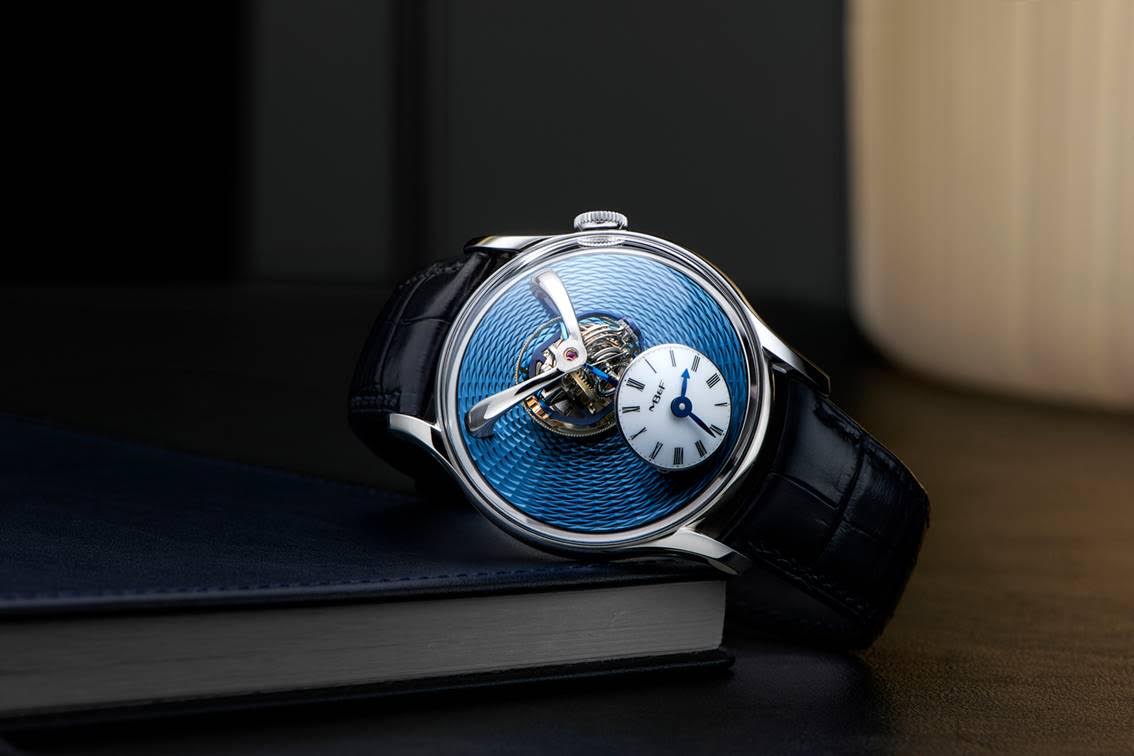 The LM Thunderdome is launched in two limited editions:

– 33 pieces in platinum 950, with a light-blue guilloché dial plate;

– 10 pieces in tantalum exclusive to The Hour Glass group, commemorating their 40th anniversary (5 with dark-blue guilloché dial and 5 with an inlaid aventurine dial). 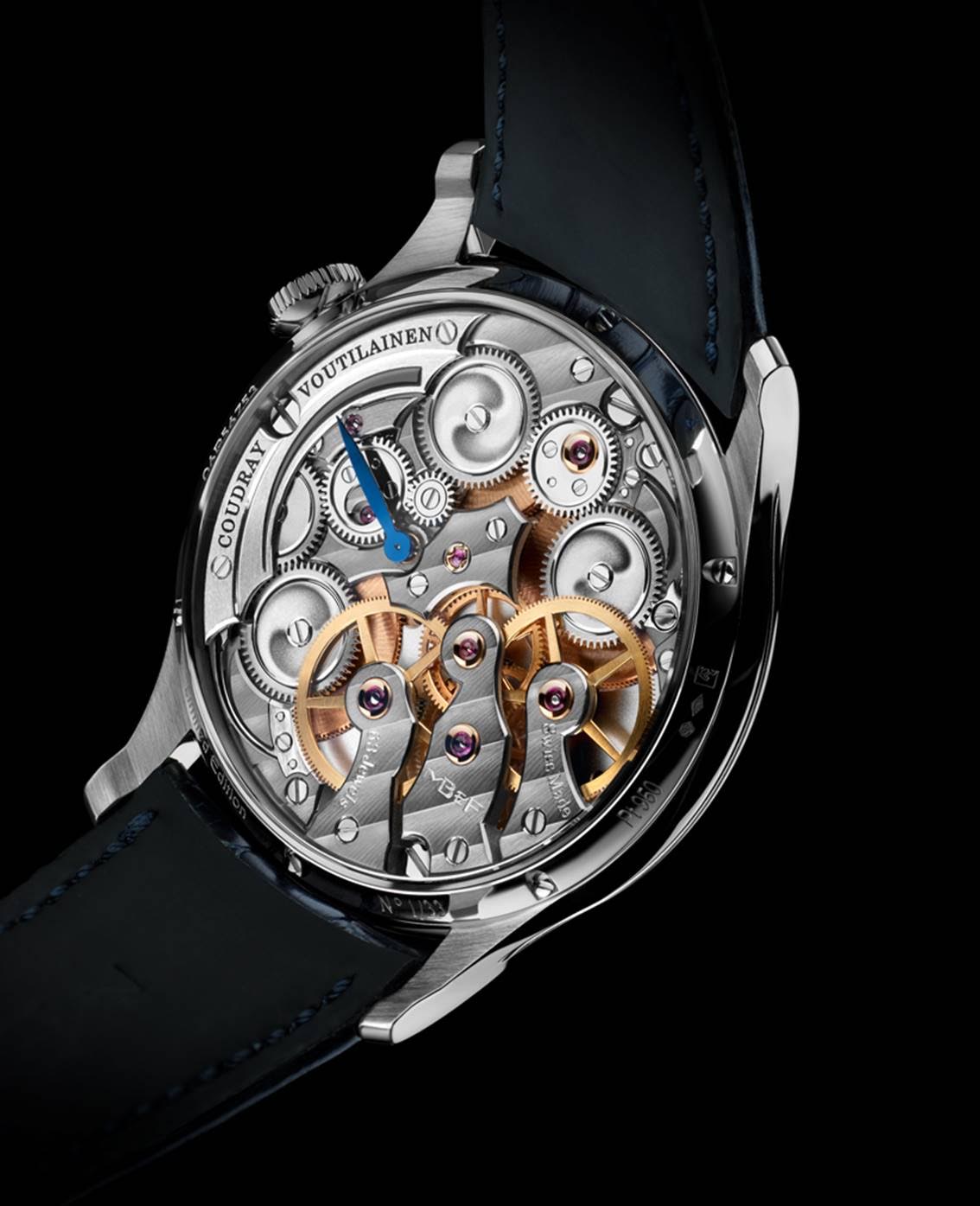 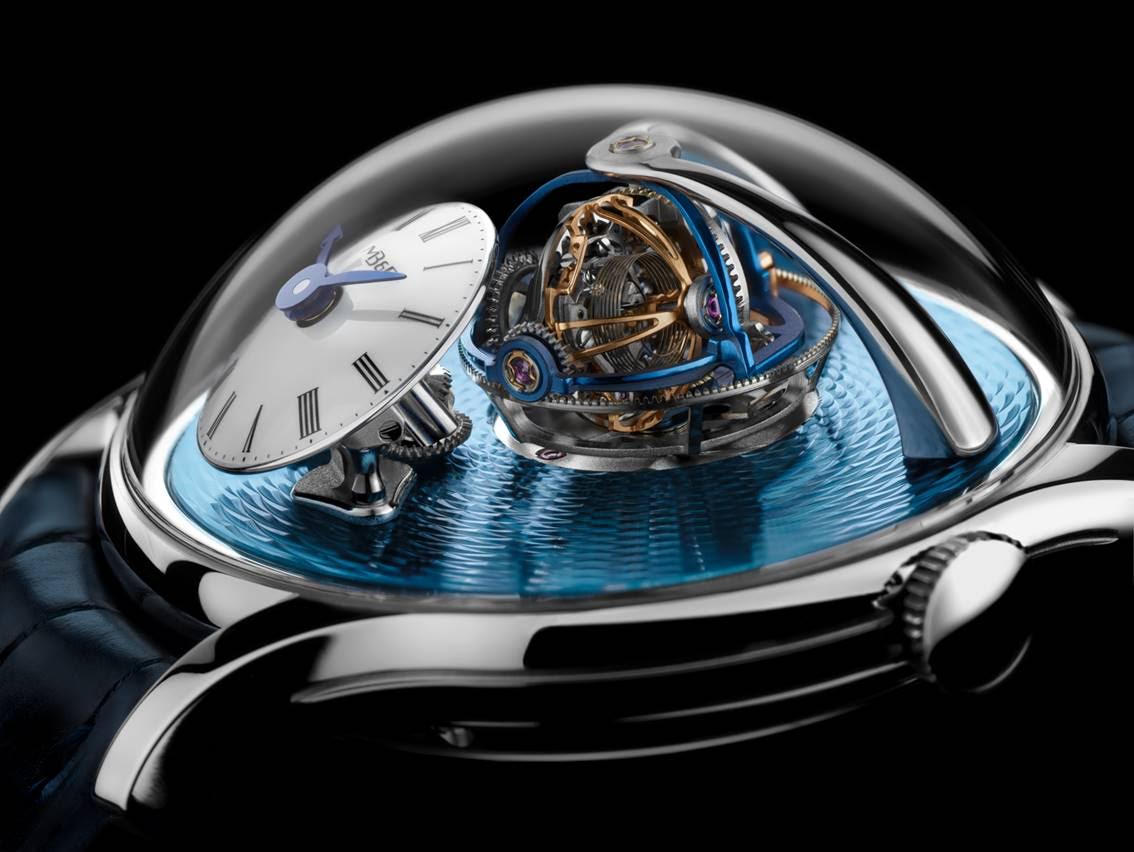 – Limited edition of 33 pieces in platinum 950, with light-blue guilloché dial;

– Limited edition of 10 pieces in tantalum for The Hour Glass (5 pieces with an aventurine dial and 5 pieces with a dark-blue guilloché dial).

EngineMovement developed for MB&F by Eric Coudray and Kari Voutilainen.Regulating mechanism featuring 3 fast rotation axes revolving at different speeds and on different planes. The rotation speeds of the axes starting from the centre are respectively 8 seconds, 12 seconds and 20 seconds. The combined weight of the multi-axis mechanism is nearly 1g.

Hours and minutes displayed on a 58° vertically tilted dial

Power reserve indicator on the back of the movement

CaseMaterial: launch edition in platinum 950 and The Hour Glass editions in tantalum