Loading...
By Boris Pjanic
MB and F (Max Büsser and Friends) is introducing its fifth Performance Art piece today, with a new guest star: a wellreputated watchmaker with great talent who worked with the very best in Switzerland for 10 years, before returning to his native Finland :
STEPAN SARPANEVA !
Stepan’s horological skills are matched by his amazing sense of design. If you’re familiar with thetimepieces he has created since 2003, you’ll know one of his signature design elements: his iconic moon face. So when Stepan took the HM3 Frog to play with, he naturally transformed it into:
the MOONMACHINE 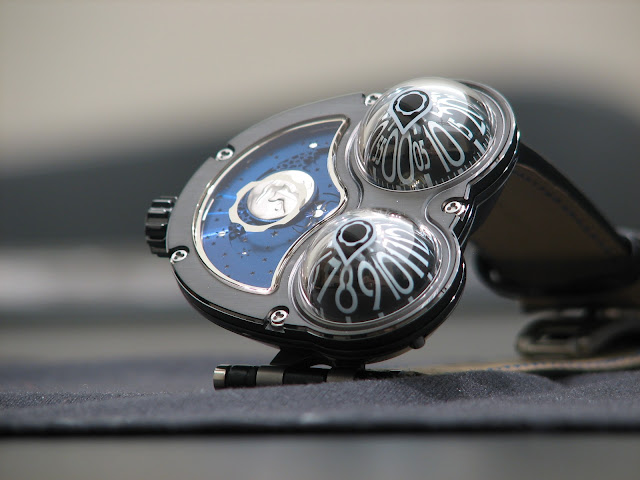 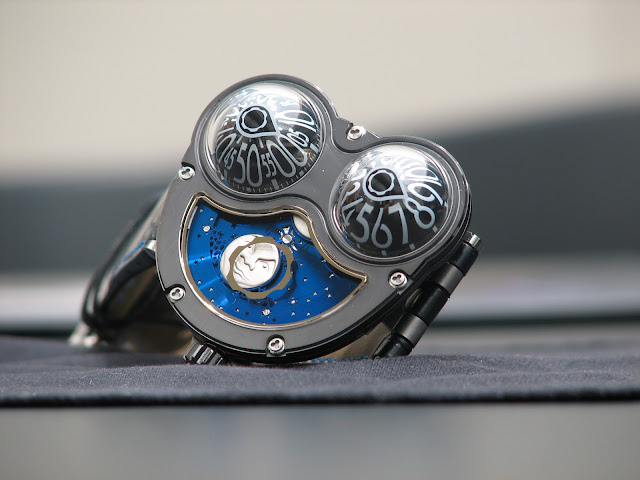 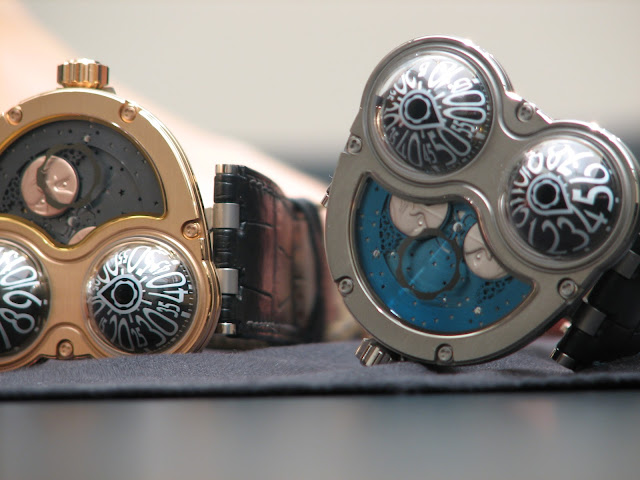 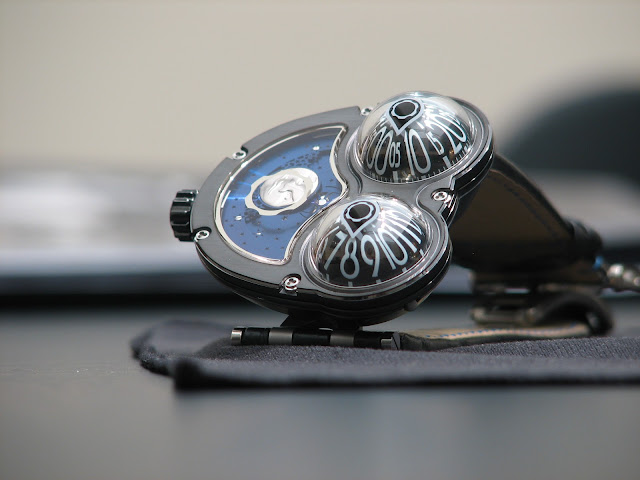 You’ll find the Sarpaneva DNA in this new series of Machines. The twin hand-finished moons indicate the moon-phase through a Korona-shaped aperture. The 22k gold and steel northern sky adds a stunning background: the stars are laser-pierced, allowing light to reflect from the movement underneath. And there’s a twist: this star-filled sky is in fact the revolving rotor, bringing not only metaphoric life to the MOONMACHINE, but also literally providing life as it generates power for the movement.

MOONMACHINE is 3 Limited Editions of 18 pieces each, in titanium, black titanium and red gold (see below). 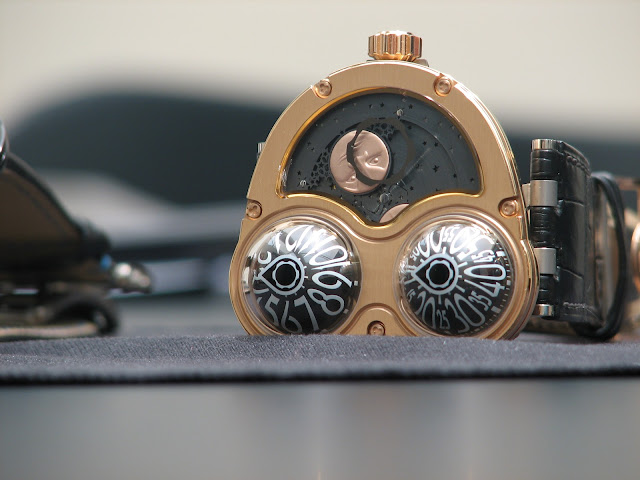 (Text modified from MB and F pressrelease, photography by myself )
Spread the love