This is a masterpiece in its own right, made by Beat Haldimann in Thun, a mountainous area located at a beautiful lake in the German speaking part of Switzerland. When it comes to watchmaking, the German part of Switzerland seems “neglected” as most famous watchcompanies reside in the french speaking area. This does not mean that there are not some exceptional watchmaker based in the German speaking region. Haldimann belongs to a family with a watchmaking tradition going back to 1642. Hundreds of years have passed, and Beat Haldimann decided to bring us something very special.

He makes his watches pretty much all by hand and with the support of old tools which he eithers finds somewhere or builds himself. He has a small team of two talented watchmakers to support him. He is the brain behind his watches however.

As my friend and wellrespected photographer Peter Rakoczy said recently: (This is) Culture Heritage for the wrist … magnificent development of a resonant double tourbillon – a creation that did not previously exist – on the base concept of Haldimann’s famous flying central tourbillon. 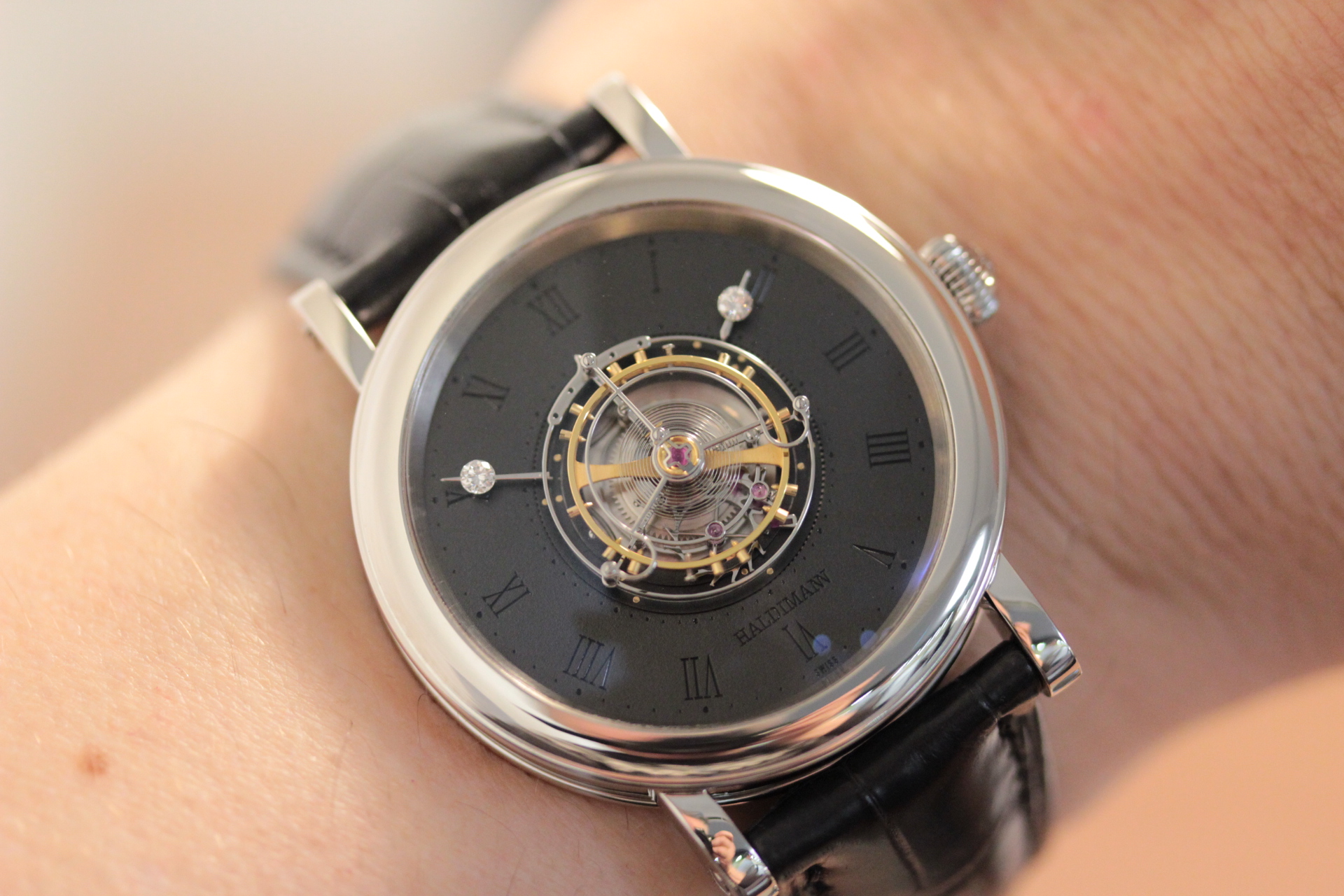 This is horological mastery of the finest and best. Beat Haldimann makes around 98% of the watches by himself. Using only old tools and his hands, you will be hardpressed to find a computer in his manufacture. There is none. There is no use of CAD, all his watches are coming from his head and are made the “oldfashioned” way.

What else could prove the impressive H2 Flying Resonance more than a video? Watching the movemment of the double tourbillon gives a view that is not possible to find elsewhere.