Watches and Art > Posts > Geneva > MB&F: Horological Machine No.5 is the epitome of the 70’s

MB and F (Max Büsser and friends) is presenting its latest coup de foudre: the Horological Machine No.5 is the epitome of the 70’s.

The face of this masterpiece looks a bit like the backwindow of some sportscars in the 1970s.  It reminds you of Lamborghini and other fast cars back then, maybe even the DeLorean. 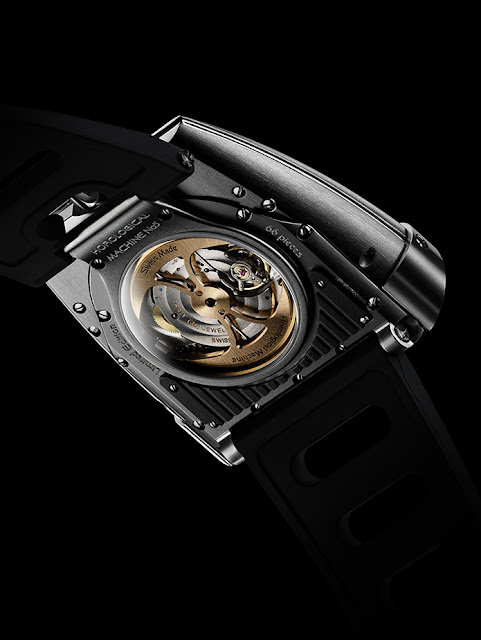 While you can see the heritage, this is a timepiece resulting from a mix of the past combined with tradition and future and put into another masterpiece created by Max Büsser and his friends. 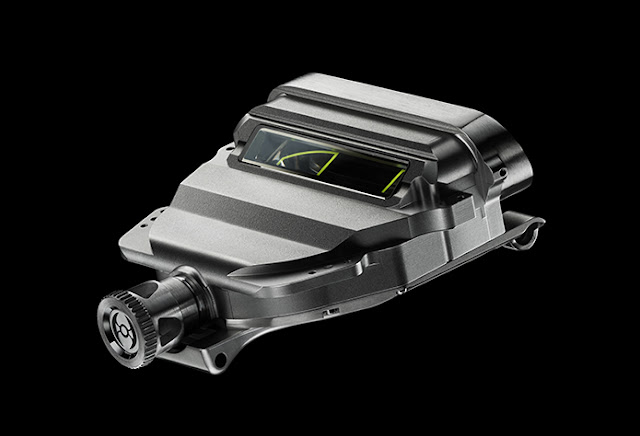 To cite the press release from MB and F:

(There was) a time (in the 1970s) when everything seemed possible: space exploration, supersonic flight, hovercrafts, jet packs and the first supercars like the Lamborghini Miura… In the watchmaking world, quartz movements and LED displays prepared to wipe out traditional mechanical movements. And if you asked someone back then, what timepieces would look like in the year 2012, the answer was certainly not “round, white dials, with hour, minute and second hands” – like most watches still are today. 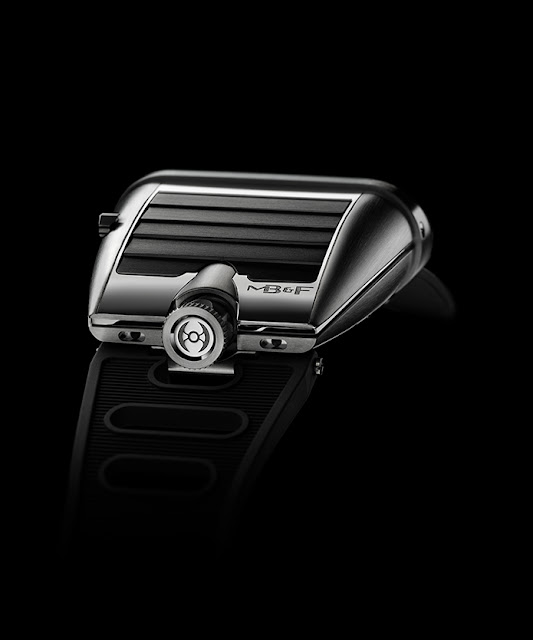 Put all those ingredients in a groovy cocktail shaker, add a strong dose of contemporary high horology, and you get HM5, nicknamed ‘On the Road Again’. HM5 is a tribute to the futuristic timepieces of the 70’s, and is built like the first supercars of those amazing years – complete with chassis, aerodynamic bodywork, rear flaps, exhaust ports and dashboard. From a technical point of view, HM5 innovates by combining an automatic movement with an optical-grade sapphire prism, which reflects light 90 degrees and magnifies it by 20% – allowing to display bi-directional jumping hours and minutes vertically. 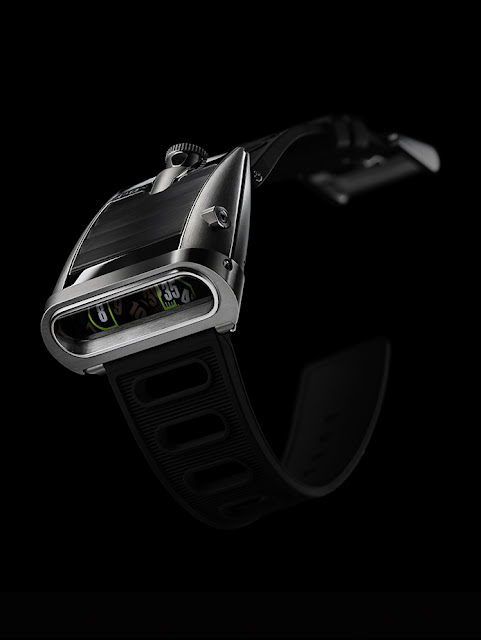 In short, HM5 takes all the icons from the 70’s and puts them ‘On the Road Again’. 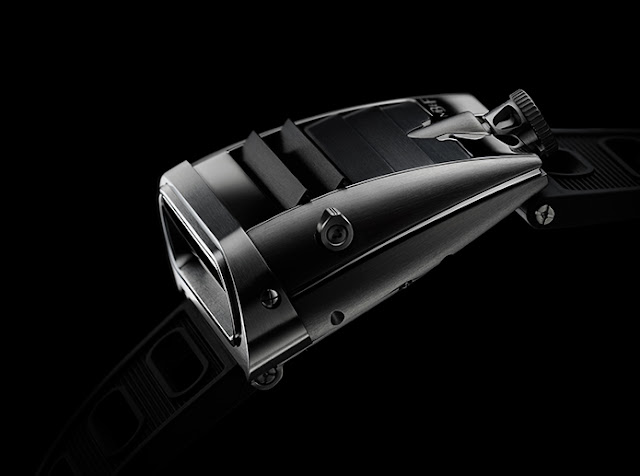 I am excited about my next visit at the MAD gallery to see the latest creations of Max Büsser and friends.
Spread the love