Was this the kind of Omega Speedmaster Buzz Aldrin wore?

Was this the kind of Omega Speedmaster Buzz Aldrin wore?

This article was originally written in 2013.  As this watch was worn in the movie Ultraman, I wanted to bring it back up.  In addition, we currently are experiencing a major hype on vintage Speedmasters before 1970.  We will see if it will last and if prices can keep rising.

While the Omega Speedmaster was originally designed as a sports and racing chronograph, starting in 1965 the Speedmaster became flight qualified for all NASA manned space missions. In 1969, exactly on July 21st, Buzz Aldrin wore his Speedmaster when setting foot on the moon. 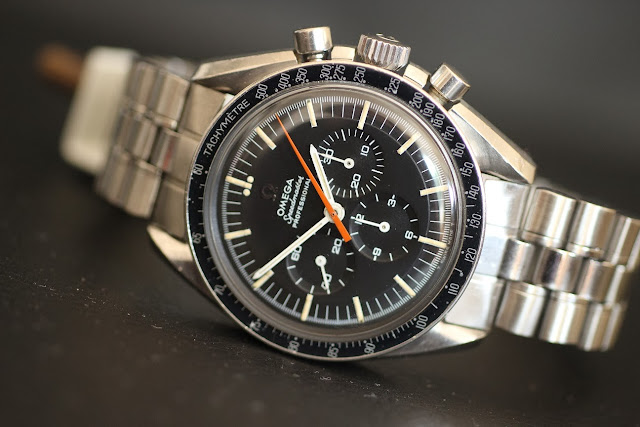 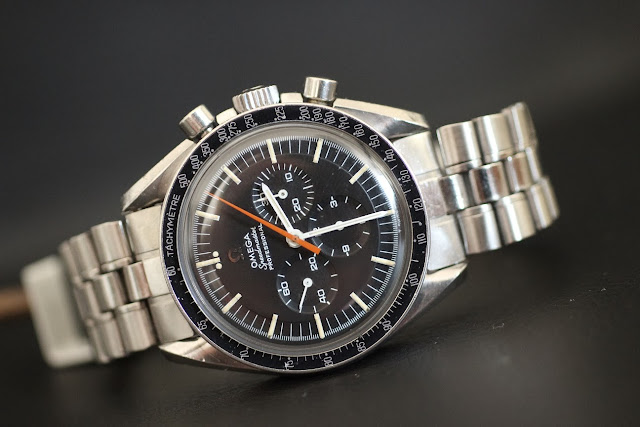 Theís is a Speedmaster reference 145.012, with a 26 Million Serial number dating it to 1967. A watch like this would have been the watch which Buzz must have most likely worn on his trip to the moon. 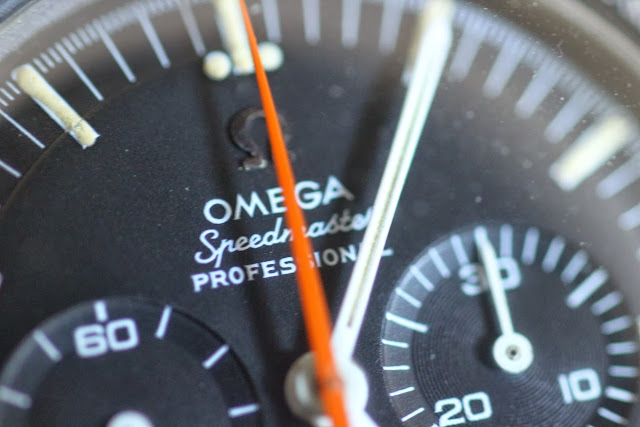 Initially, when I first saw this Speedmaster with the orange chronograph hand, many collectors doubted that this was authentic.  This was enough reason for me to start my research.  I found out that there are about ten of These Speedmasters in circulation, and that this kind of Speedmaster with the orange hand was worn in two films: “Marooned” and “Ultraman”.  A lot of detailed Information has been collected at this source which you should read for further information (sorry it is in Italian, but pictures speak more than words). 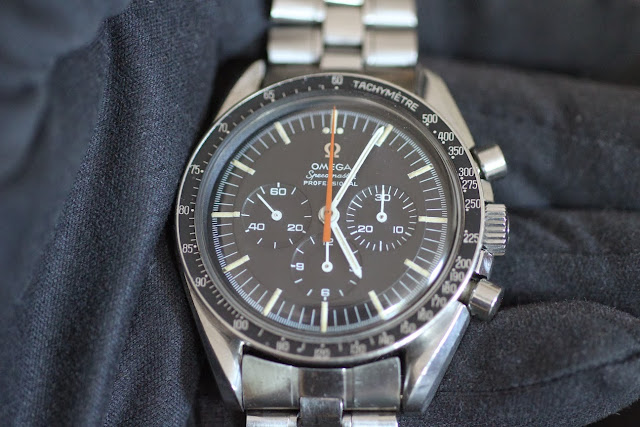 As you can see this watch carries a reference 1116 bracelet which comes from a later Speedmaster but still wears great on this watch. Originally, a reference 1039 bracelet must have been mounted on this reference 145.012 Speedy. Original bracelets are getting scarce, especially in wearable condition, and the 1039 is starting to command a very high Price. 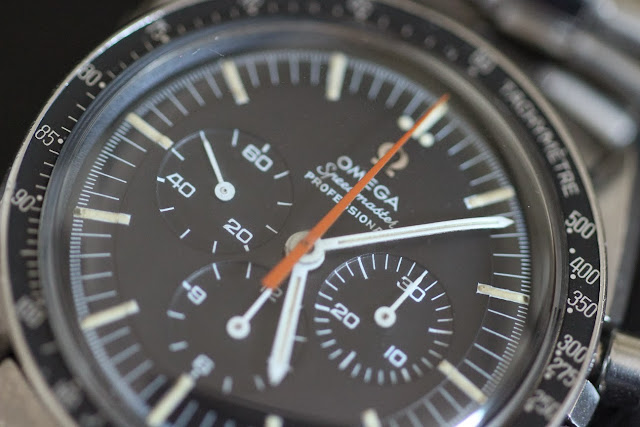 Obviously, the main characteristic of this Speedy is the chronograph seconds hand. It is not the usual white hand, but an orange color. I have spoken to several Speedmaster collectors to make sure that this is a correct hand, and they confirmed this. In addition, I like the looks of it, it gives the watch a special touch, and simply adds to the stunning vintage patina of this Speedy. 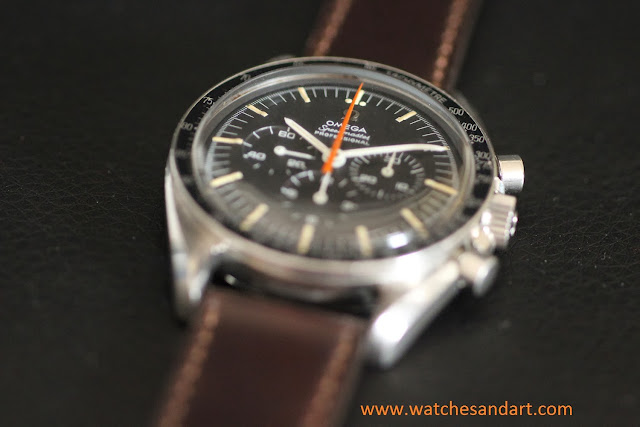 This Speedy carries the caliber 321 which really belongs to one of the most beautiful and demanded movements. I guess it is not really necessary to state how high in demand these old Speedies have become, considering their history and heritage. The reference 145.012 is getting harder to come by in nice condition such as this one.