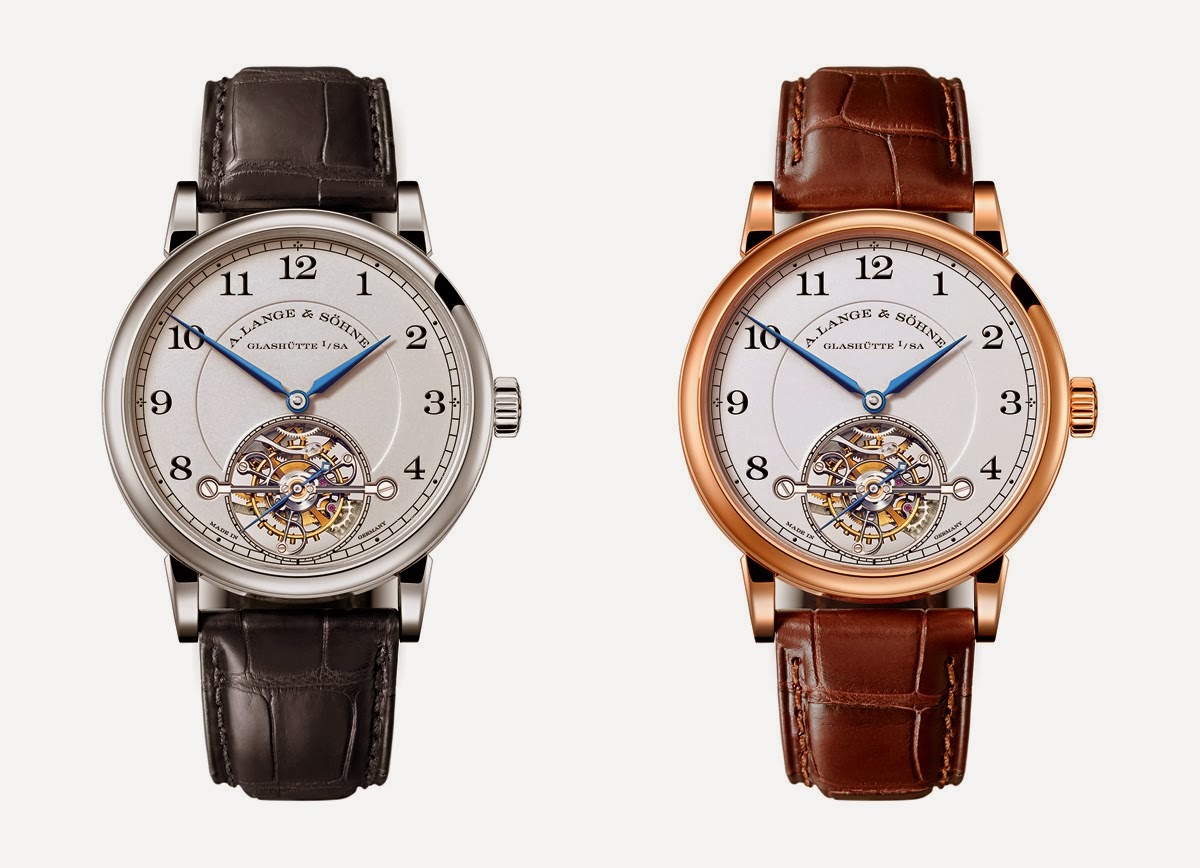 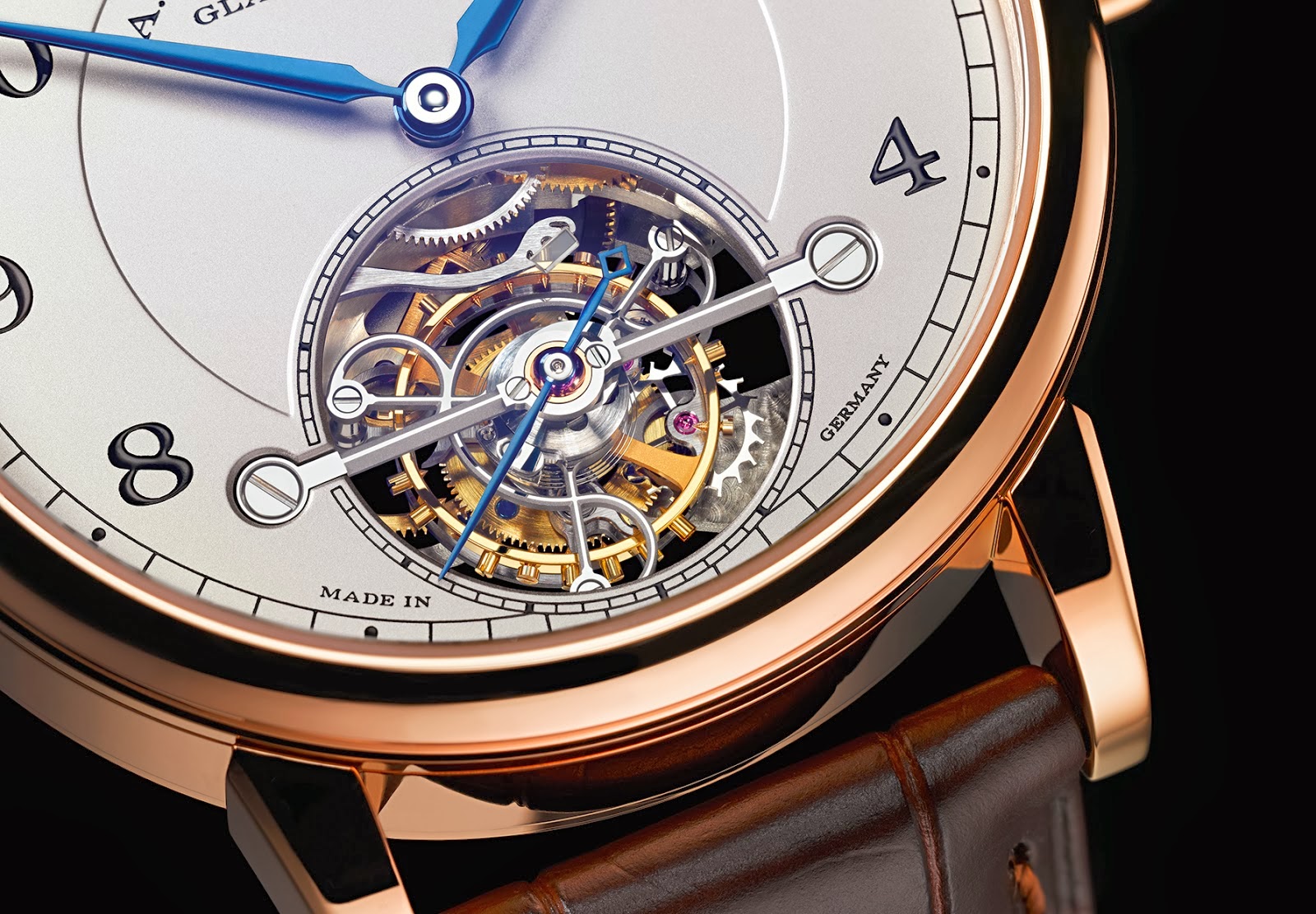 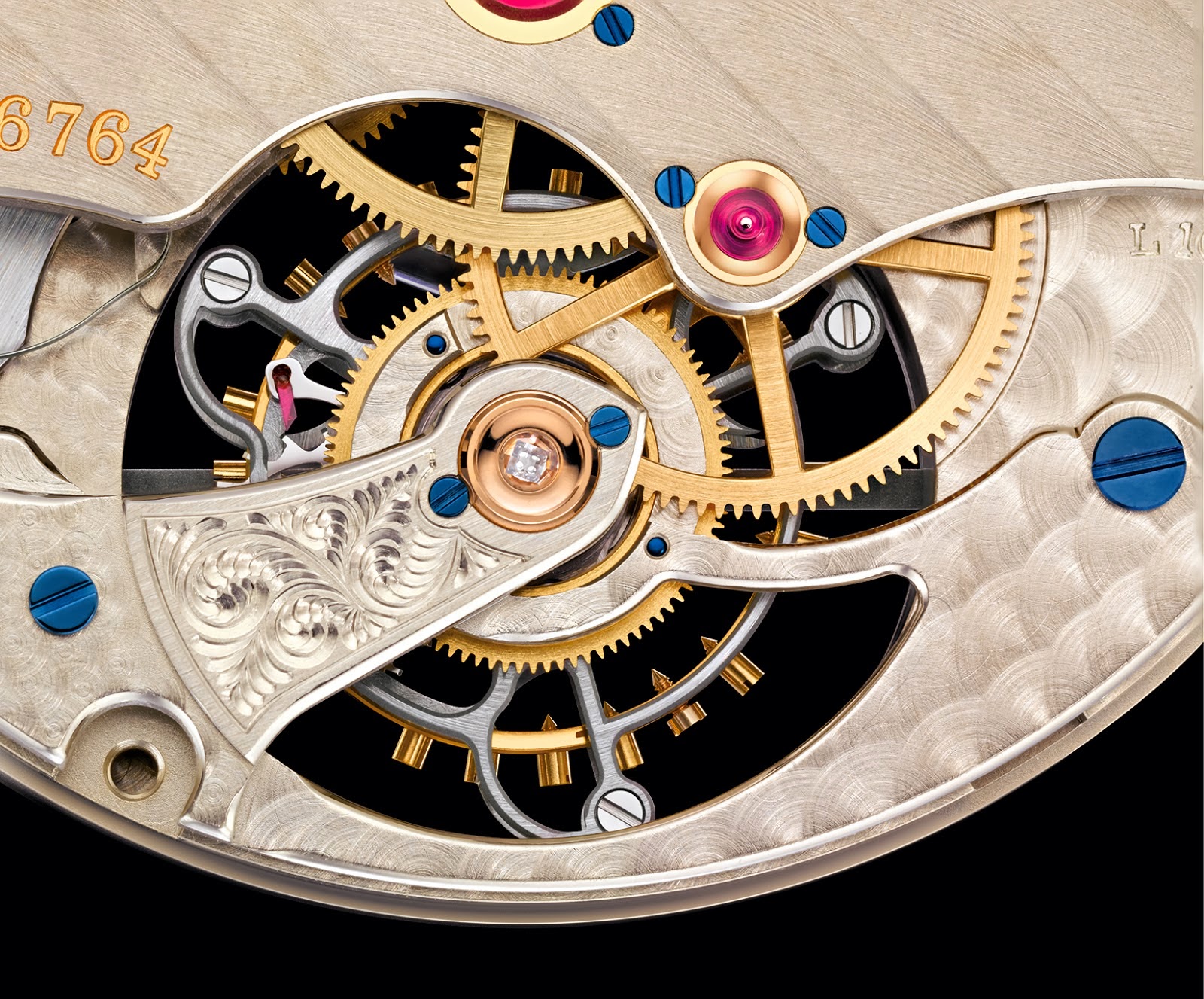 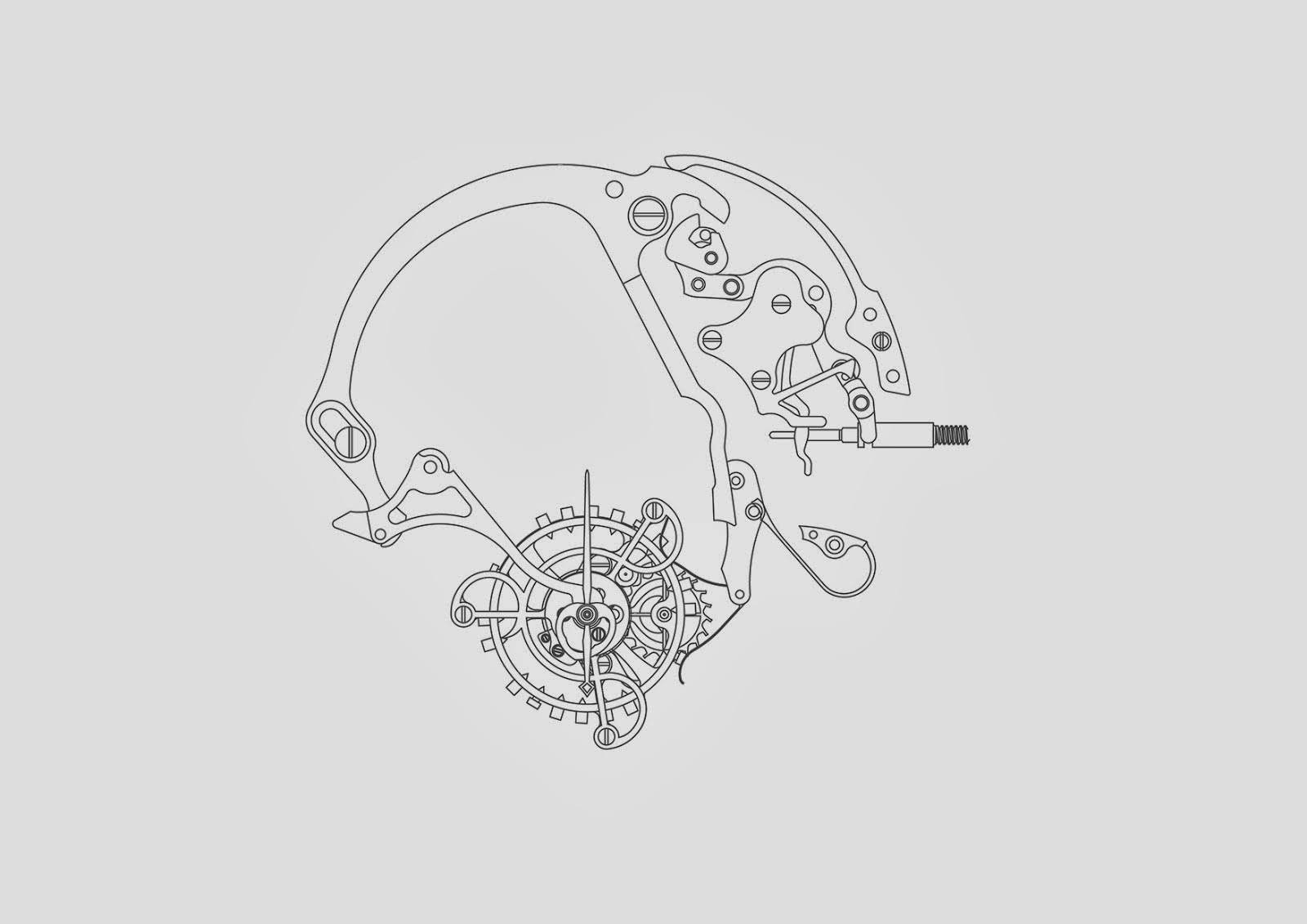 Unfortunately, it was long impossible to exactly set watches equipped with a tourbillon. This is because the tourbillon could not be stopped. In 2008, Lange’s calibre designers put an end to the impasse. At the time, they succeeded in braking the balance inside the rotating tourbillon cage directly and without delay. When the crown is pulled, a complex lever mechanism is activated which presses a movable V-shaped spring onto the balance wheel and stops the balance instantaneously. The new 1815 TOURBILLON is also endowed with this patented mechanism, which can partly be observed through the aperture in the dial. But this time, Lange’s product developers went a step further. They paired the stop mechanism with the also patented ZERO-RESET mechanism. It causes the blued-steel hand of the subsidiary seconds dial to instantly jump to the zero position when the crown is pulled, thus facilitating the synchronisation of the watch by positioning the minutes hand exactly above a minutes stroke and starting the watch with one-second accuracy. 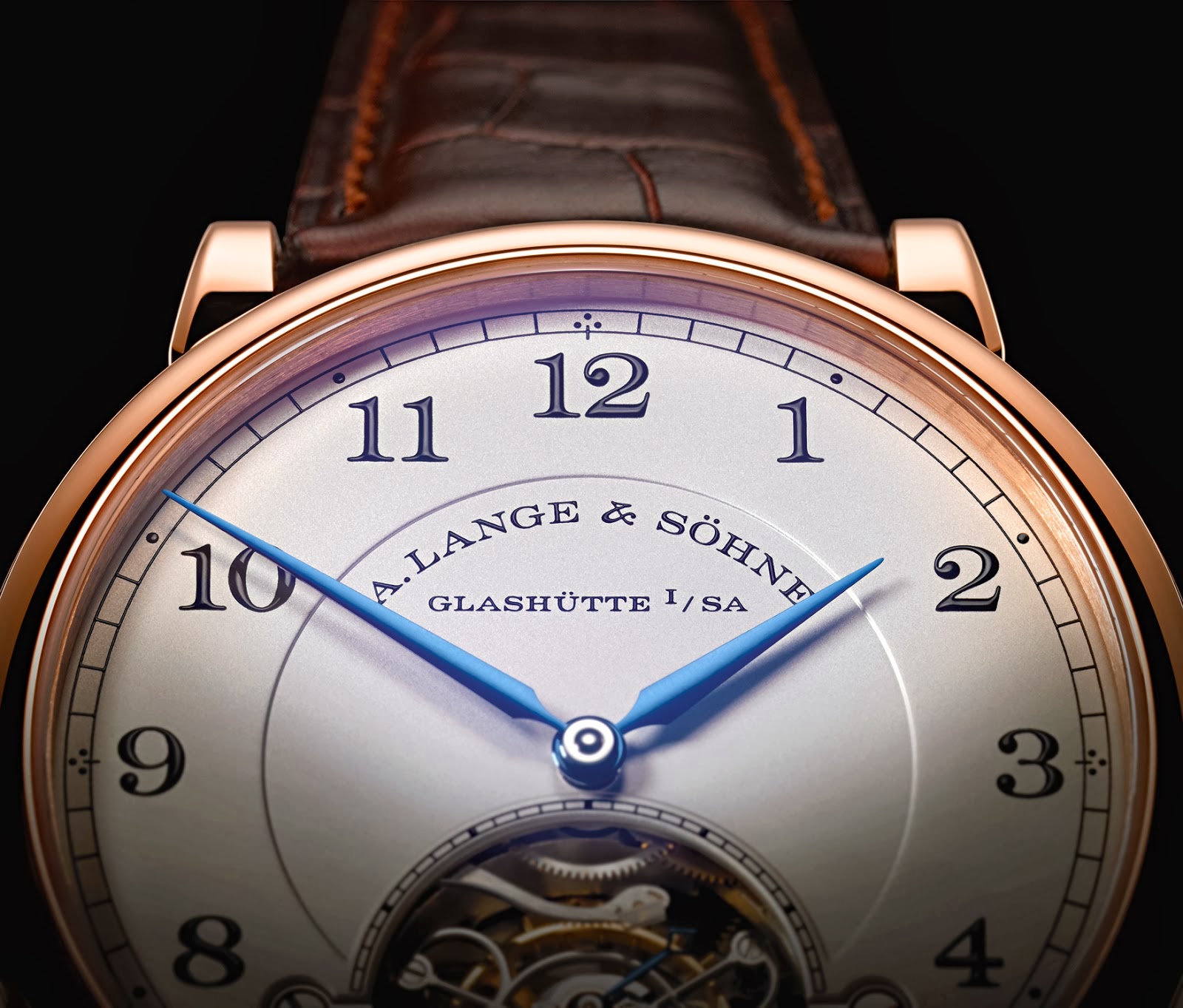 The understated design of the 1815 TOURBILLON assures crisp legibility. It is therefore consistent with the underlying ideals of Ferdinand A. Lange, whose birth year graces the name of the timepiece. The tourbillon that is visible through the aperture in the dial is the only manifestation of the complexity of the watch. In comparison with earlier versions, its diameter was increased by nearly one millimetre to 13.2 millimetres. The arbor of the tourbillon carries the subsidiary second hand. In the interest of maximised contrast with the light-coloured dial, it is crafted from blued steel. The combination of Arabic numerals with the classic railway-track minute scale is reminiscent of historic A. Lange & Söhne pocket watches. 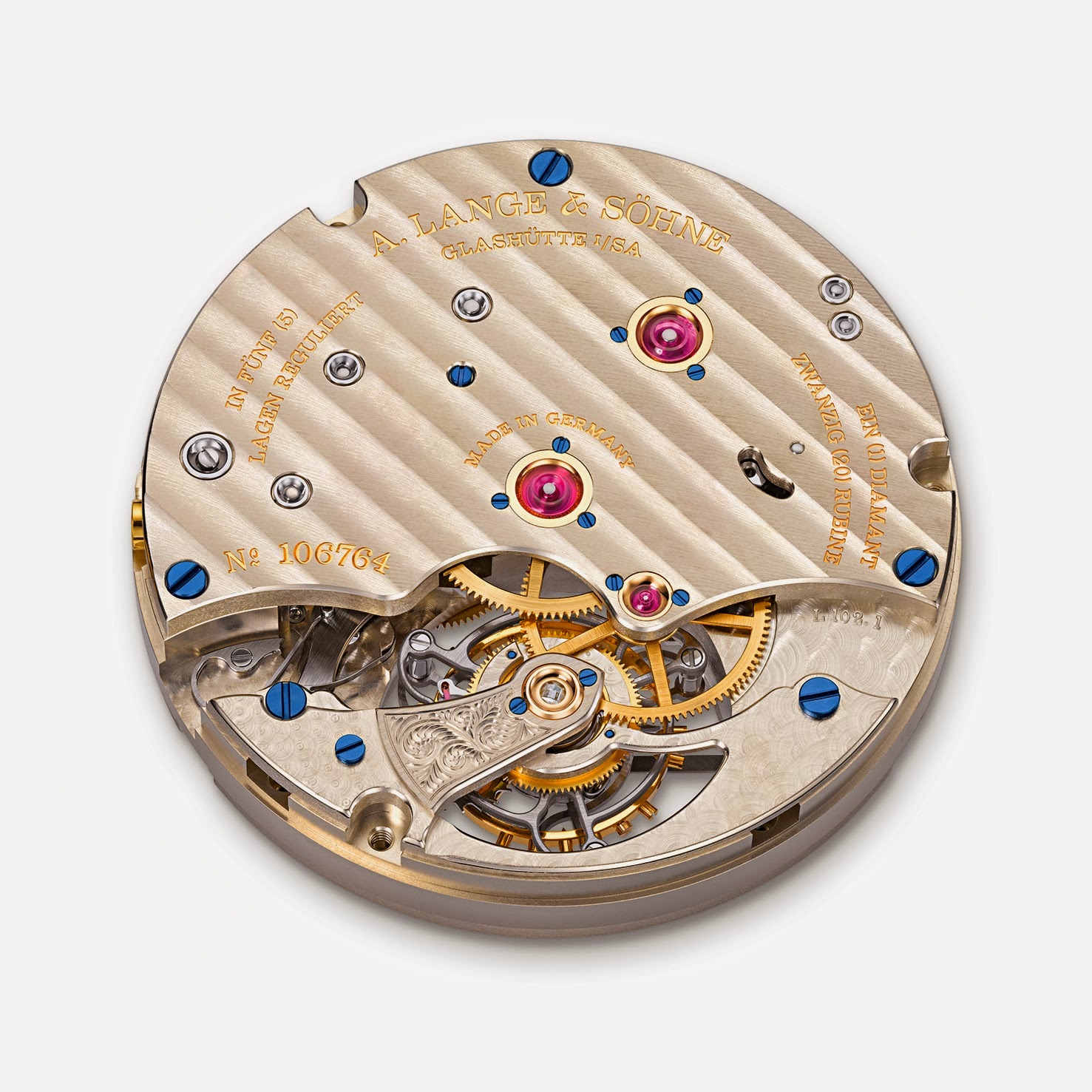 The hairspring and balance wheel are crafted in-house with extreme meticulousness and perfectly matched to one another. Precision also comes to the fore in the intricate finish of all movement parts and is crowned by the diamond endstone of the tourbillon. With a diameter of 39.5 millimetres, the pink-gold or platinum case provides a harmoniously proportioned stage for the Lange manufacture calibre L102.1. The limited edition of 100 watches in platinum emphasises the exclusiveness of this exceptional timepiece. The first A. Lange & Söhne tourbillon watch with stop seconds and ZERO-RESET is another example of the manufactory’s determination to never stop questioning technical solutions and pursue its commitment to continuous improvement. 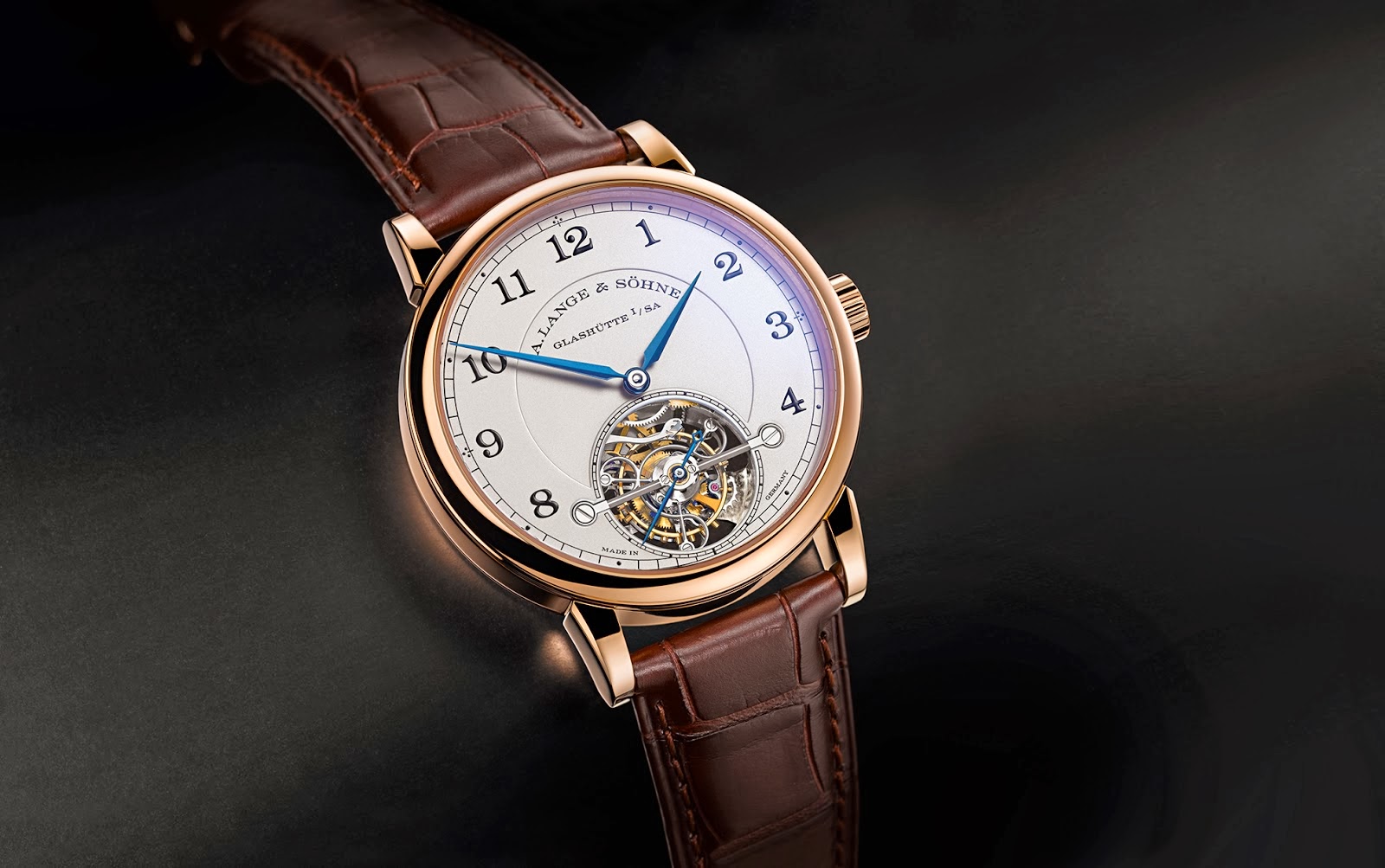